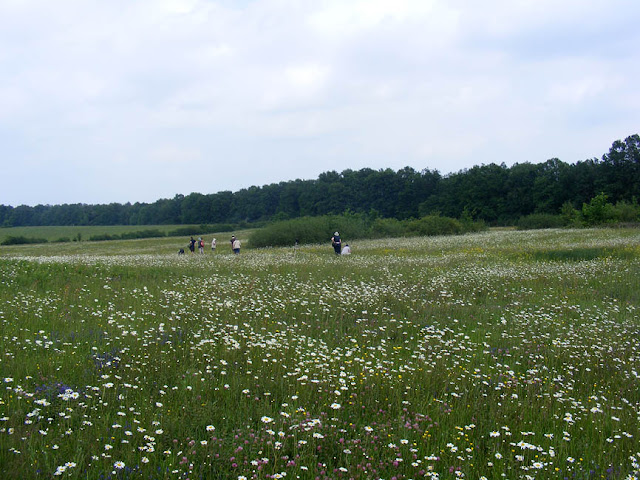 If you are at all botanically inclined then Rosnay Common in the Brenne is the place to be in May and June. It's official name is Les Communaux de Rosnay and it is managed by well known local LPO (Ligue pour la Protection des Oiseaux) officer and deputy mayor of Rosnay, Tony Williams, on behalf of the Conservatoire d'espaces naturel de la région Centre.


Orchids and other wildflowers in the prairie. 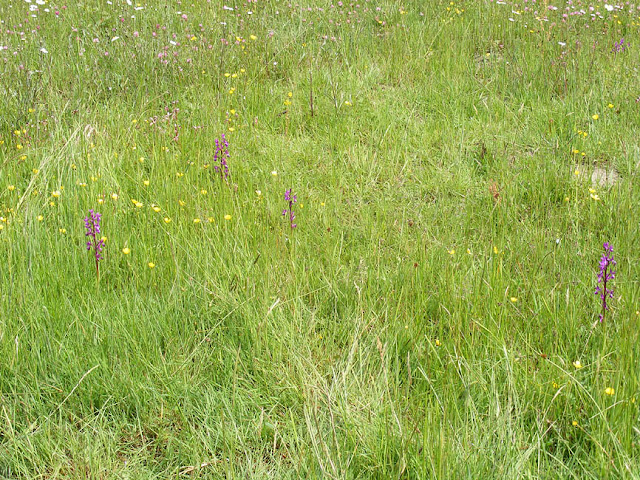 Much of the following is translated from the official website:

The difficulties of farming in the Brenne have driven a progressive abandonment of natural grazing land (prairie) so that they rapidly scrub over, or are farmed more intensively. The Common is an exception. A diversity of habitats depending on agricultural practices adapted for the site form the basis of a fabulously biodiverse spot. The Common gives birth in spring to thousands of flowering orchids and the Tongue Orchid Serapias lingua colony here is one of the largest in France. 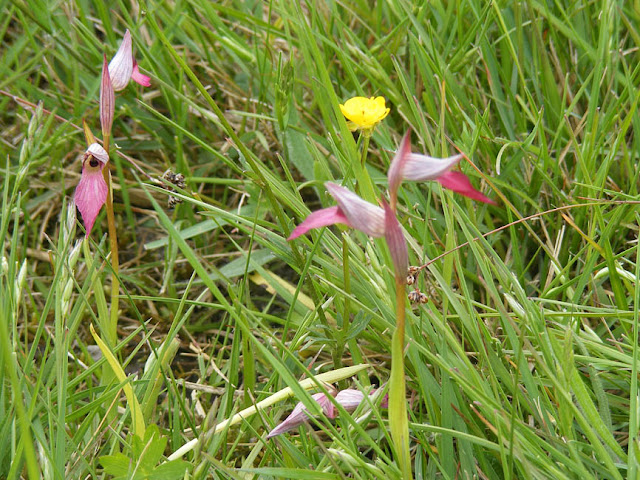 The site is 3km south of the village of Rosnay. Take the RD32 towards Ciron. Just before the electricity line crosses the road there is a track leading off to the left that takes you to the site. It is best to park on the side of the road and walk down the track. Once you enter the site through the kissing gate, the main botanical interest is in the field to your right, accessed over a stile. The whole site covers 21 ha and is made up of damp grazing land, a 'button' of dry heath, a pond and hedges.


An unco-operative Spotted Fritillary butterfly on an Oxeye Daisy. 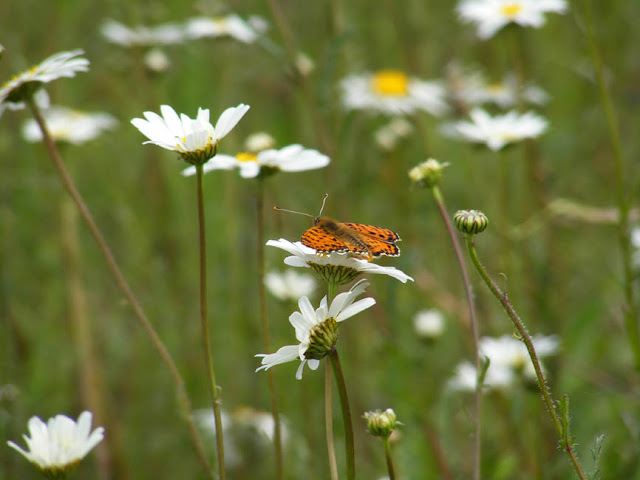 It's rare these days to get the Common to yourself. The group in the photo above were on a Naturetrek tour. It has become very well known and on the list of every visiting naturalist. One advantage of this is that you can easily identify the entrance because there will usually be at least one car parked on the side of the road there. The disadvantage is that the site is increasingly at risk from trampling, as there are no designated paths.

Apart from the orchids, which also include Green-winged and Lesser Butterfly, expect to see species of milkwort, flax, speedwell, yellow rattle and small rushes, as well as Black Darter dragonflies and numerous butterfly species. Note that Rosnay is pronounced 'ronnay'.

Our list of places to visit keeps getting longer.