Within the Australian Capital Territory (ACT) there are some magnificent alpine National Parks. The largest is Namadgi NP, which covers nearly 50% of the ACT. Today it presents as wilderness, albeit with easy access from the city of Canberra. 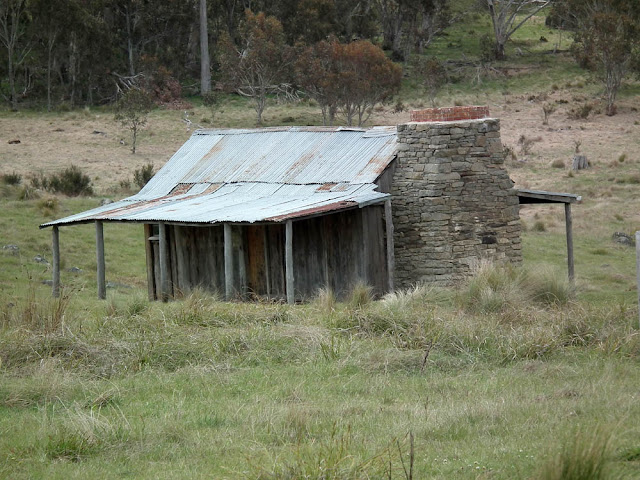 However, it does have a relatively recent history of human habitation. Up until the 1980s, Namadgi was divided into a series of farms. Brayshaw's Hut, built in 1903 of anything that could be found in the landscape, is a remnant of this period. 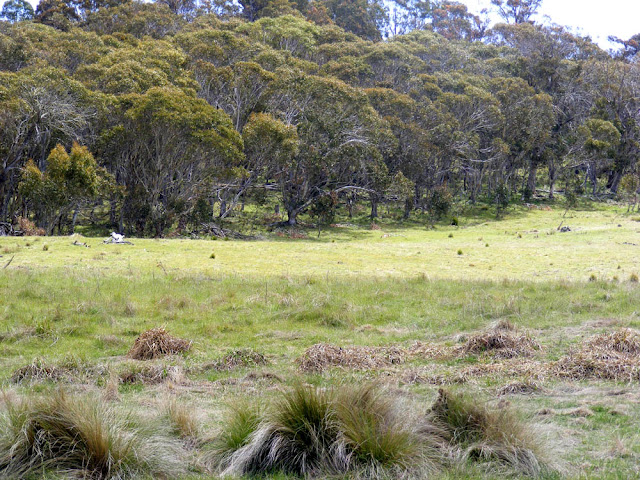 A typical natural clearing in the mountains.

It was occupied for nearly 30 years by David Brayshaw, who grazed stock on the natural clearings in the mountains. It was a hard and isolated life. He never married and lived alone for all of that time. The climate is harsh and the soils poor, so there was no possibility of planting crops. 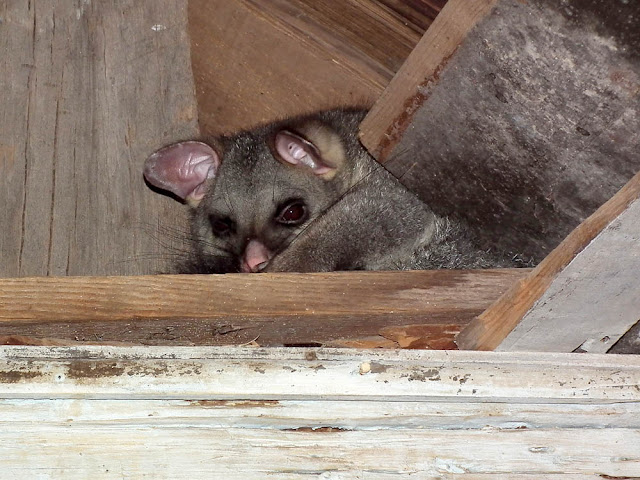 A Brushtail Possum Trichosurus vulpecula in the roofspace of Brayshaw's Hut.

His hut has been restored by volunteers as an acknowledgement of this period in the history of the place.
Posted by Susan at 09:00

If the chimney is anything to go by, it doesn't look much bigger than one of the larger vine houses... it is great that some people have taken the time to restore it.

And the possum, possum, is giving you a hard stare... I think you were disturbing its slumber!!

Tim: yes, the hut is the size of a large vine hut. And yes, the possum was unimpressed by having visitors.

Lucie: That's a real shame. There are lots of species and some are not uncommon. You were unlucky not to see a single one.