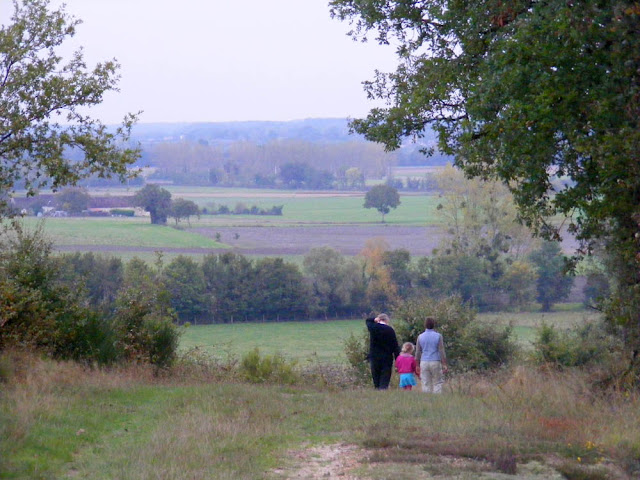 Simon, Anne-Loes and Ingrid admire the view over the Creuse valley in October, coming back from a walk along a chemin rural near Yzeures.

This is an extremely rural area and there are many public roads that are actually just grassy tracks. Local authorities are allowed to restrict access to these chemins ruraux, as they are known, if they feel the route would be damaged by motorised vehicles. One of the reasons for this is because these tracks often form a network that allow otherwise isolated places to be reached. They also link in to forest and fire trails and so it is important they remain in good condition just in case an emergency vehicle needs to use them. 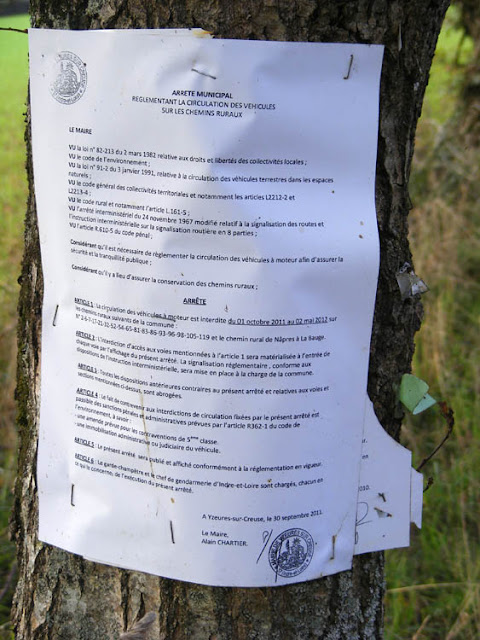 Last year's official notification of the dates motorised vehicles were banned from using the track.

The usual arrangement is to ban vehicles from vulnerable chemins ruraux from the beginning of October to the end of April, but if the commune deems it necessary, they can restrict access at any time of year. Over the winter is when the tracks are most likely to be soft due to rain, and could easily be ruined by vehicles churning up the ground. Some are routinely restricted in the winter as a precautionary measure. Sometimes a compromise solution is to simply ban agricultural machinery, which is heavy and have big tyres that leave dangerous ruts. 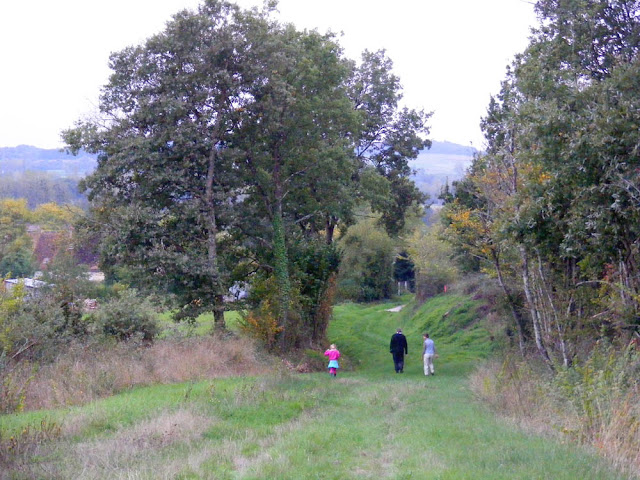 I love the "Notice Tree"... many years of notices have decayed there I think!!
Ones like this are important wildlife corridoors too... you are quite a way behind the others... I take it you stopped to photograph, inspect, observe, identify something... one... or all... of those?

Do the hunters always abide by the ban I wonder?

PG: I think so -- they park by the 'notice tree' and there is a hunting shack hidden in the trees there (with a secret stash of buried gear!)