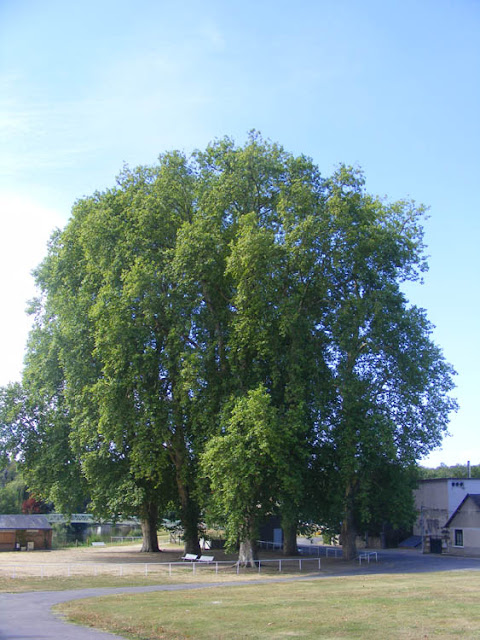 These gigantic plane trees can be seen from almost anywhere in Preuilly.

God loves boules players because plane tree leaves are perfect for keeping the sun off. I read a quote to this effect earlier in the year on Patti Lecron's blog A French Education. 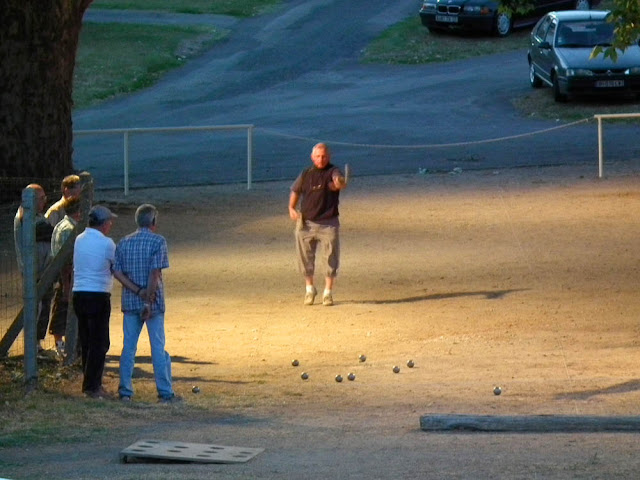 It made me smile because, sure enough, the boules courts in Preuilly are situated under the most enormous plane trees. 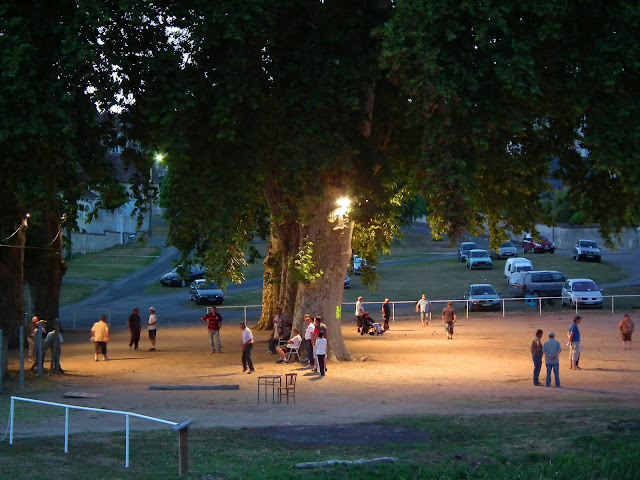 In August it's shady under the plane trees, true enough, but it's still cooler to play at night.

Susan... this is France... so why is the wine rack at the front of the second picture empty?
Or is it some kind of alternative boule target??