The Plight of the Plane Trees

Plane trees were widely used in France in the early and mid-19th century, first planted along roadsides on the orders Napoleon to provide shade for troops and travellers moving through the country, and by country estate owners to create green cathedral-like grand allées through their landscaped parks. Most famously, they line the entire length of the Canal du Midi, providing shade for the boating community in the sunny south. These mature trees are a considerable size and the style of their planting produces an impressive effect. They are much loved for their aesthetic value and the heritage associated with them.


Ceratocystis platani, known as le chancre coloré in French ('coloured canker') is a fungal disease that for the last 20 years has constituted a serious threat to plane trees and sycamores (Platanus spp) in Europe. The deadly fungal disease was introduced accidentally in 1944 when American troops disembarked in Provence. The wooden munitions boxes made from American Sycamore P. occidentalis that landed with the troops were infected, and the local French plane trees were unable to resist this invader. 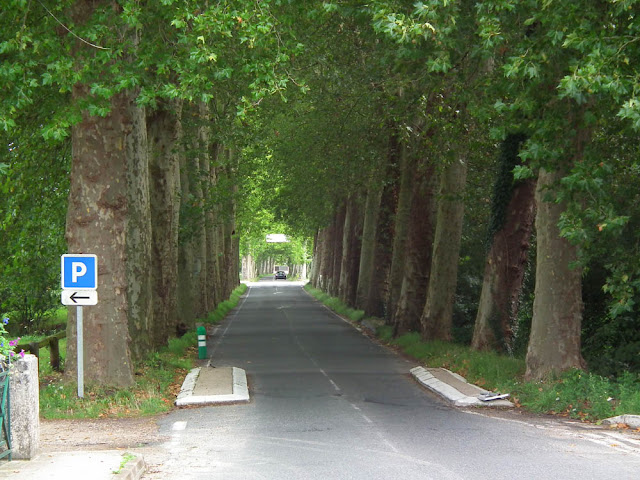 For the first 15 years the parasite remained dormant, but now it is affecting trees in Italy, Switerland, southern Greece and the south of France. Its distribution reaches an ever advancing line from the area around Lyon to Toulouse and along the Canal du Midi. Even the cold does nothing to arrest its continuing expansion of territory. 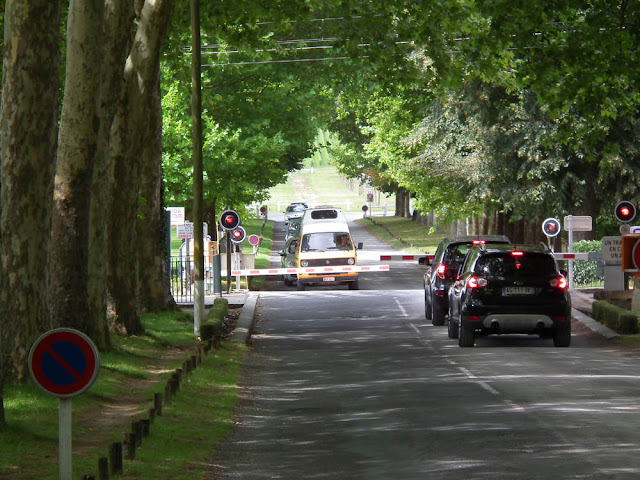 Just a few spores introduced into even the most trivial wound is sufficient to entirely infect the tree, which can resist the infection for no longer than 4 - 6 years, depending on where on the tree the contamination began. All chemical treatment trials have now been abandoned, due to the depth the fungus works its way into the trunk. The mechanism by which the fungus develops is remarkably effective. After contact with the parasite the tree defends itself by blocking and closing sap veins in the infected part, to contain the attack. The fungus follows the medullary rays of the wood as well as the sap veins though, and always propogates itself toward the healthy sections of the tree. At the same time it produces extremely damaging toxins which disseminate and poison the upper parts of the tree. The tree redeploys its defense mechanism, leading to its death, from dessication due to the complete blockage of its vascular system and the accumulation of toxins. And to top it all, the fungus is extremely contagious, transferring via the roots, water, infected prunings and contaminated machinery and equipment. In France, over 50 000 trees have already died.

The INRA (National Institute of Agronomy Research) has been working on a solution and have bred a resistant hybrid they have registered and called PLATANOR® Vallis clausa. By crossing American and Oriental plane trees they have achieved resistance not only to chancre coloré, but also other worrisome fungi, cankers and bugs (eg Sycamore Lace Bug Corythuca ciliata, known in French as le tigre de plantane). One of the parents of this new hybrid is the American Sycamore itself, and PLATANOR® retains all of this parent tree's ornamental features. 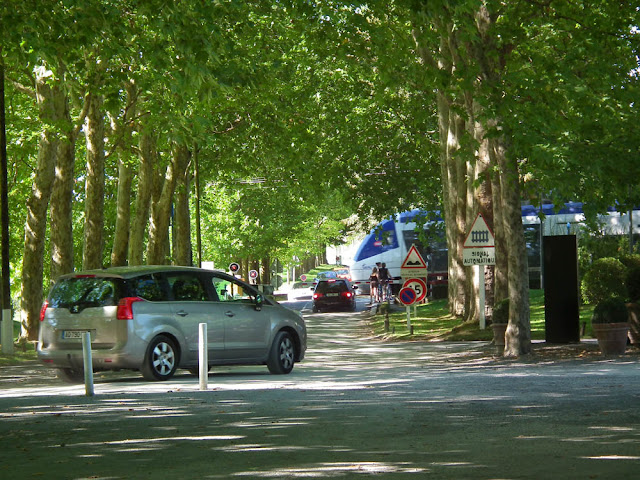 Sadly, it's all too late for the plane trees lining the Canal du Midi. The disease has spread particularly rapidly here because the trees are planted very close together, so their root systems intermingle and transfer the fungus. It also leapfrogs, because people tie their boats to the trees (they are not supposed to, but they do). The wet rope can be contaminated and create a wound in the tree which transfers the fungus. A 20 year rolling programme has begun to cut the diseased 182 year old giants down. Happily, they can be replaced, at least in part, by the new resistant variety. However, the INRA continues to work on developing resistant strains and varieties, as the plan is to mix the new planting up genetically, so that there is no monoculture that a disease can take hold of and run wild through. 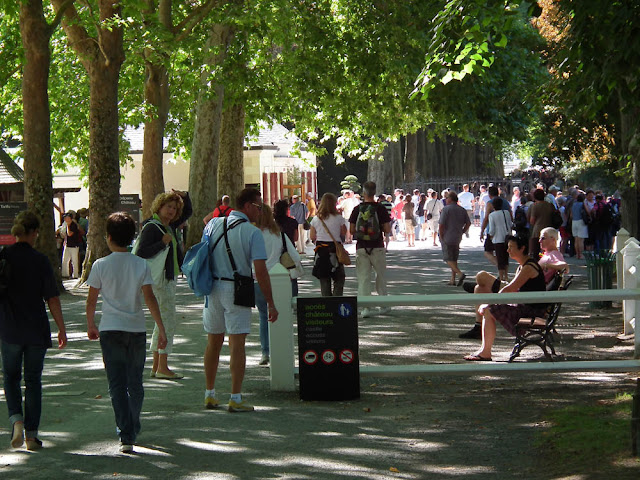 The combined cost of the research, removal, replanting and the potential loss in the interim of tourism income on the popular Canal du Midi will run into hundreds of millions of euros.

It is too bad it has spread so widely to other countries. I just thought it was a problem with "le canal du midi".

Believe I've read that the many
plane trees of London are a
disease-resistant strain.

The death of trees... Sudden Oak Death, Ash Dieback, problems with the Horse Chestnuts and now this... what next... humans will see a lot of changes to the canopy in the coming years... a lot of short-term timber trees... Maritime Pines and Poplars top name a couple... are coming to the cropping state... and are being cleared. A huge stand of Poplar in the valley just along from us went in the last few weeks and is now a chewed up bit of ground... The Staff hopes it wasn't the stand that was rich in Snakes-head Fritillaries... and the Maritime/Corsican Pines opposite us went last year.

Hello,
thanks for the informative post, it is actually a subject I had wanted to talk to you about. Many years ago I saw a French film: Sans toit ni loi English title Vagabond (1985). Part of the plot of the movie revolves around a scientist that is working on a cure for Plane trees that are diseased. The character actually talked about the origins of the disease. I have to admit I was skeptical at the time. Now thanks to you, I know better. The movie is a bit dark and disturbing, so I cannot recommend it to everyone, however it does have its momments. Greetings from the US. Tom

Sheila: I don't think the London trees will prove to be immune -- as far as I know they are descended from the hybrids that appeared in Spanish gardens in the 17thC, just like the French trees.

Tom: Fascinating -- thanks for letting me know. I'll keep an eye out for it.

Tim: Big changes, but remember there can be positives too. The hurricanes of the past few decades in western Europe have opened up much forest and created some interesting opportunities. Fires in Australia likewise.

BTW, I have a vague memory of hearing of some disease of poplars too.

What an interesting but sad post. I had no idea. I love driving on French roads lined with trees.