On Sunday I participated in my second outing with the Association de Botanique et de Mycologie de Sainte-Maure-de-Touraine (the local field naturalists group). It was to the Fôret de Preuilly to look at plants that like wet boggy places. I wrote about the first outing I attended here.

The meeting place was the Etang de Ribaloche, which was nearly dry due to the lack of rain (compare with this photo, taken in March 2008). This suited us quite well, as we could walk over the draw down area of mud and get a really good look at a quite surprising number of rarities and interesting plants. 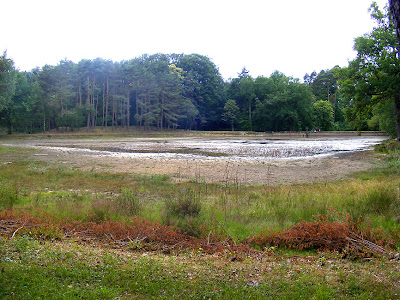 These two old guys were determinedly fishing in what little water remained. They were using worms as bait and said they fished no matter what the level was. I doubt they ever catch anything. A group of field nats can be seen in the background. 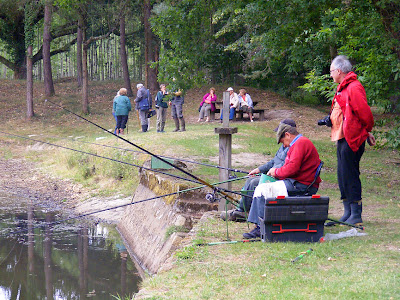 One of the special plants we saw - the rare and protected Common Bladderwort Utricularia vulgaris (l'Utriculaire commune). Although called 'Common' this carnivorous aquatic plant is now very rare in the wild. 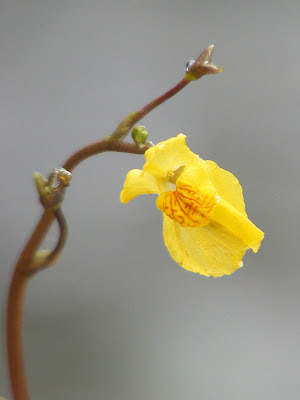 One of the field nats sweeping for ticks, using a piece of an old monogrammed linen sheet. He caught quite a few in the grass and identified them, but they were very small. 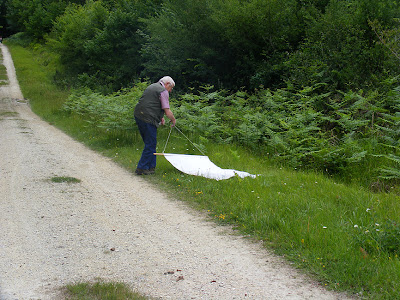 Another of the special plants, Yellow Foxglove Digitalis lutea (la Digitale jaune) also now rare in the wild, growing in a ditch by the side of a track in the forest. 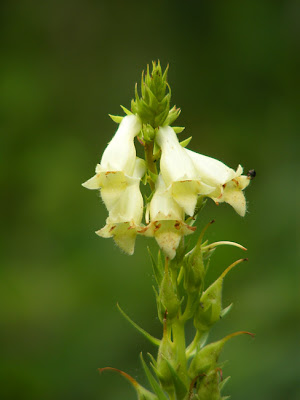 Several people brought flies or photos of flies for me to identify, and I am now apparently la petite australienne (with Marc Fleury requesting others to 'move aside so the little Australian can get a photograph').

I had no idea the Fôret de Preuilly was quite so rich in rarities, but we saw a good dozen rare or unusual plants just in the boggy habitat of the edge of the étangs. There were also some nice butterflies, dragonflies and flies as well as the plants which were the primary focus of the outing.

We agree we love the Fôret de Preuilly and its time we came down again for a stroll around..

Wow, you certainly expand my curiousity in my natural surroundings with your knowledge and observations...fascinating...thank you, petite australienne =)

Susan,
What really came home to me in your post is that thru your interests, you are making further connections with the people in your community. As time goes by, you and Simon become more and more part of your community.
That's how it should be as "Outsiders" although I doubt that you both could ever be outsiders.
Leon