This year seems to have been the year of the Knapweed Fritillary butterfly Melitaea phoebe or le Grand Damier in French ('the large checkerboard'). I've hardly seen their cousin the Glanville Fritillary M. cinxia (le Mélitée du plantain), despite good numbers of their caterpillars surviving over winter. For some reason the dry weather seems to have affected the Glanvilles far more than the Knapweeds. Last year the situation was reversed, with high numbers of Glanvilles and nary a Knapweed to be seen. 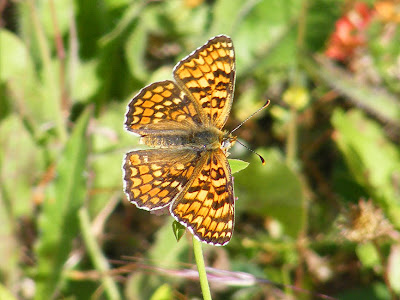 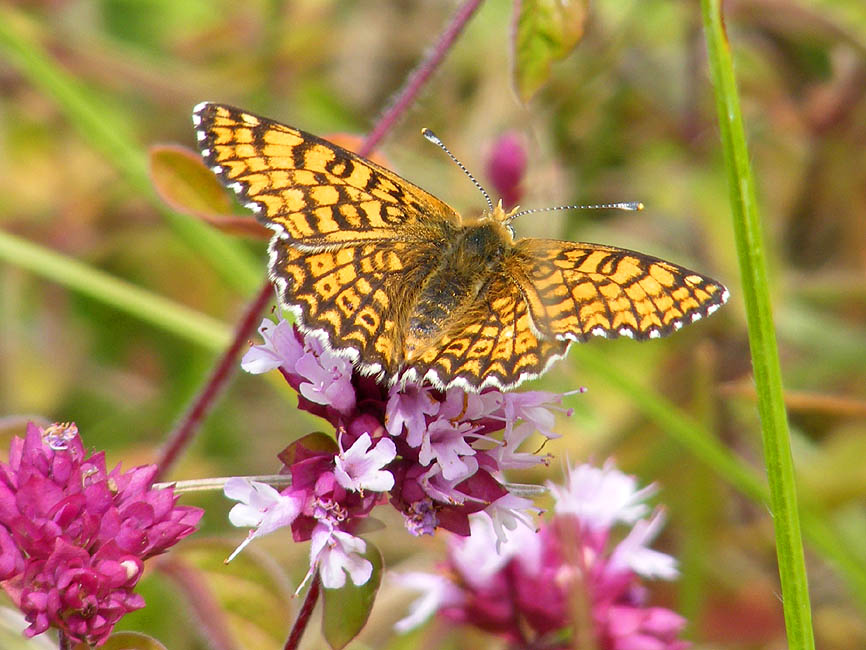 They are not easy for beginners to tell apart, but with a little practice and knowing what to look for, you can do it. 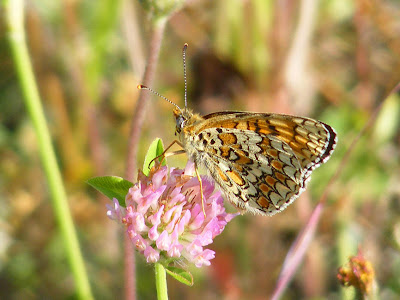 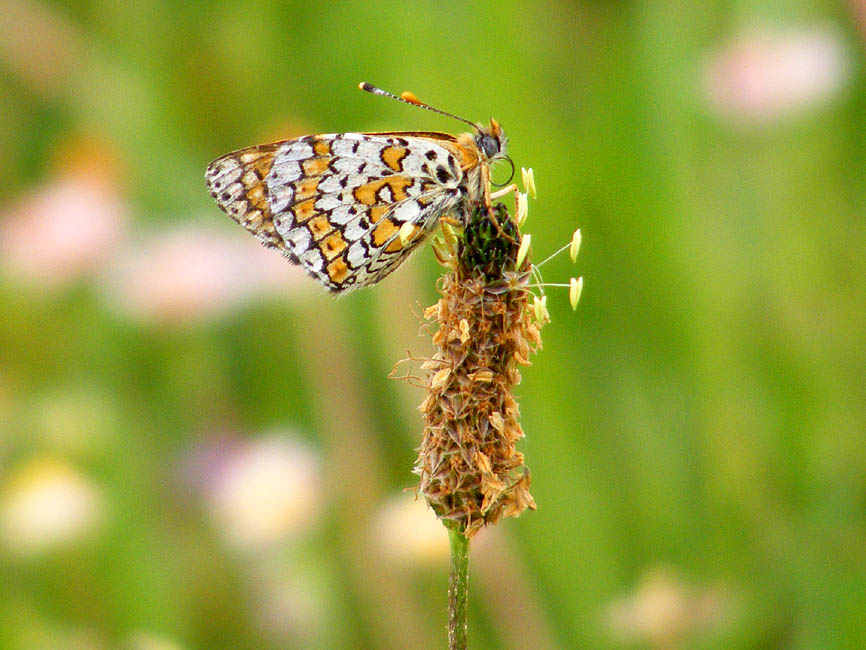 Knapweeds are bigger and the orange (fauve) of their uppersides tends to be in alternating bands of strong brick red and then a more yellowy band. The Glanville's fauve is evenly coloured. Crucially, Glanvilles have a row of black spots on their bottom wings and Knapweeds do not.

Have you checked out "le jardin de Lucie" recently? I loved the caterpillar's colors. I hope we get to see the beautiful butterfly it will turn into.

Nadège: Yes, I look at Lucie's blog often. She has a really nice touch with the text and the photos are outstanding. I get the impression she's taking a short break from yesterday - holiday in Scotland probably.