In the Footsteps of Moïse Aristobile

On Easter Sunday I joined a group of botany enthusiasts for a walk to honour the memory of Moïse Aristobile. The walk was organised by Eric Morin, a professional photographer who lives at La Forge, just outside Preuilly. Eric had been commissioned to do the photographs for a booklet to accompany an exhibition about the botanist-pharmacist Tourlet, curated by University of François Rabelais Tours botanist Marc Rideau. 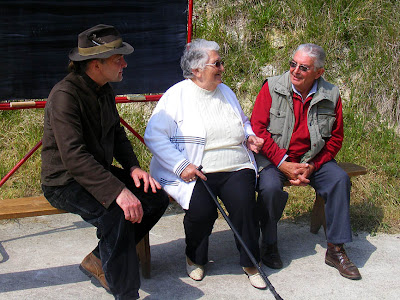 To do the photographs Eric was given access to Tourlet's herbarium collection and he realised that not only were the specimens in the collection from around Preuilly collected by Aristobile, but that many of them were collected from the hill in front of La Forge. He invited Jean Pelle, a botanist and retired agricultural college lecturer to lead a walk in honour of a now almost forgotten 19th century Preuilly plantsman. Moïse Aristobile's grand-daughter, Micheline Papon, who is now in her 80's I think, and lives in the next street to us, also attended and greatly enjoyed the focus on her grandfather. 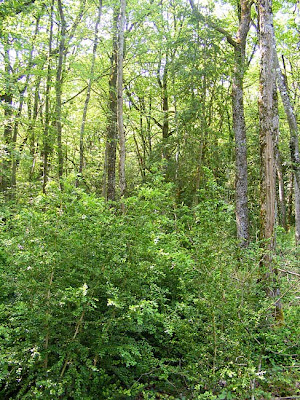 Moïse Aristobile was born in 1864 at Vernou. He was orphaned and grew up in a convent, where he was apprenticed to the gardener. When he turned 18 he was placed in a chateau near Blois, and later in Tours, where he began to get serious about the science of botany and the need to know more about plants. He spent every spare cent on botany books and the Botanical Gardens in Tours supported him. After his military service he went to the chateau de la Brèche at Hommes, where he married, and after a spell at Pleumartin, came to Preuilly and set up his own gardening business. 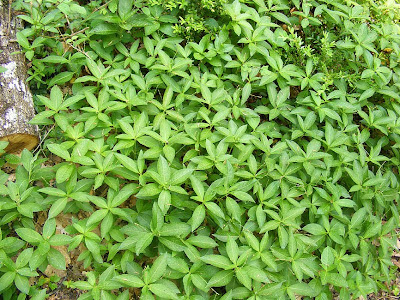 His botanical knowledge was now well established, and his extraordinary physical stamina meant that he travelled all over the Touraine du Sud and the Brenne on his bicycle, collecting specimens and discovering new plants for the area. He amassed a herbarium collection of 1000 specimens and at the same time sent 300 duplicates to the French Central Western Botanical Society and the Museum of Natural History in Tours. In 1906 he gave his whole collection to the the City of Tours.

A hybrid Lady x Monkey Orchid growing in the forest. 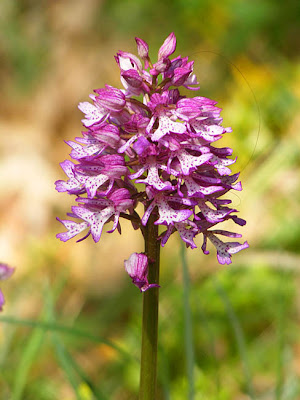 He died in 1937 and is buried in Preuilly. Nowadays, his name is known only to his descendents and to local botanists. I had read his name in one or two local botanical field guides, but otherwise knew nothing about him until this walk. Now I am keen to find some of the special plants, such as Black Pea Lathyrus niger, that he discovered in the calcareous grassy slopes and woodland above La Forge.

I admire the way you two have integrated into the community - Its inspiring.
Leon

Interesting story Susan, and important to remember people who have made significant contributions to our understanding. It must have been a very special occasion for his grand daughter.

Lovely also that the walk has inspired you to continue the search for some of his 'special plants'.

I agree completely with Leon and Gaynor's comments. When I read your stories of restoring your house or taking an interest in the fairs and expostions... in your area, it really feels like you are "home".

Susan is integrating. Some days I feel like I am disintegrating :¬)