La Claise rises just south-west of Chateauroux and flows through the Brenne. It joins the Creuse near Descartes.

Along its way it passes through Mezieres, Martizay, Bossay-sur-Claise, Preuilly-sur-Claise, Chaumussay, le Grande Pressigny and Abilly, for a total distance of 86km (53 miles), and drains an area of 1123km². 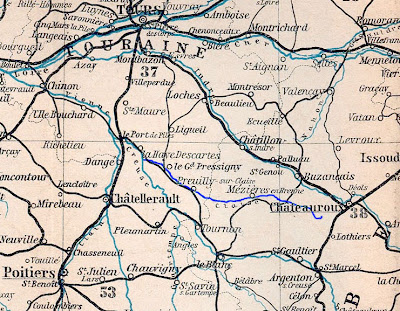 It isn't one of the grand rivers of France, being fed mainly by rainwater in an area with a lower than average rainfall when compared to the rest of France - and indeed to the rest of the Loire Basin. On the other hand, it has been known to flood, most recently in 1982, which is when its greatest ever flow was recorded. 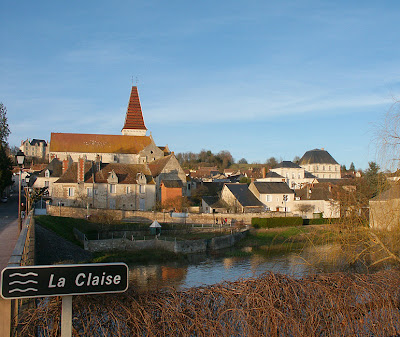 For most of the time the river moves very gently. There are a lot of mills and weirs built along it, and it is these that actually turn it into what looks like a proper river for most of the year. If it wasn't for the pools created by these obstacles, I imagine the river would look more like a stream during summer*. There is a weir just below the Plan d'Eau which is responsible for the width of the river as it flows through Preuilly itself.

*The exception to this would have been the summer of 2007. Just ask my parents!
Posted by Susan at 11:30