Archaeology in the Streets of Loches

On Wednesday last week we went to the market in Loches and were delighted to discover live archaeology happening in the street.


A few terracotta potsherd finds and look! A bone in the waste heap!! 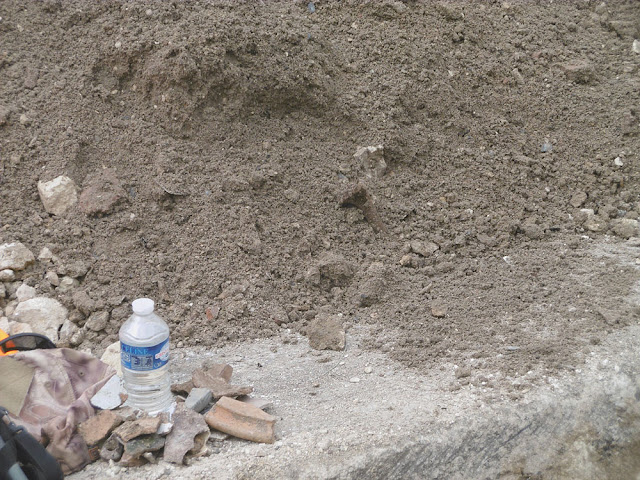 This is in rue Descartes and is part of the final phase of investigating the area to be improved and beautified in front of the former court house. In all, fifteen trenches have been dug, to find out more about the 17th century Ursuline Convent, the 19th century town cemetery and the medieval Picois residential quarter. The courthouse itself will ultimately be transformed into a 4 star hotel.


This last trench is over the grounds of the convent, which was there from 1629 to 1790. The old municipal cemetery was a bit further over, and was in use from 1794 to 1845. The county archaeology service has had two months to investigate these sites before redevelopment takes place, to be finished in 2023. I don't think they are finding very much because they appear to be ahead of schedule! Normally a municipality engaged in such work would hold a public meeting to inform residents about the project, but because of the Covid19 health crisis this did not happen, so I'm relying on newspaper reports to follow the action.


The convent trench in rue Descartes. The courthouse is just visible in the top right corner
and Saint Antoine is parallel to the trench on the left. 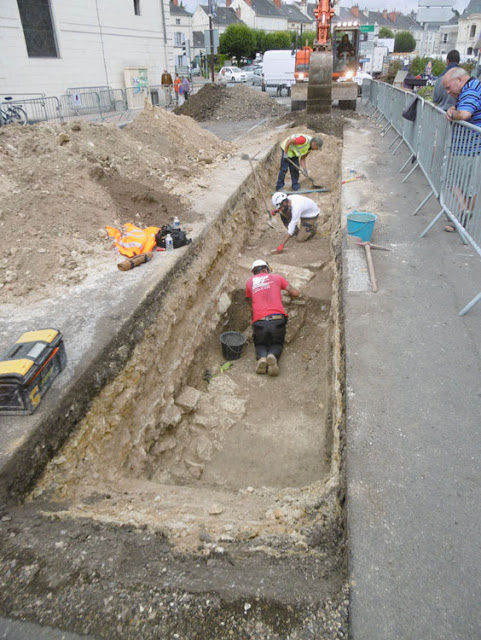 The purpose of the archaeological survey is to provide an assessment of the impact of the planned improvements on the archaeological remains. Thus they have dug a series of investigative trenches covering 5% of the total area, and are not attempting to dig the entire site. It's the first ever archaeological dig in the town centre (although there have been a number on the Royal Citadel).


In particular they wanted to know how the old cemetery was organised, and if all the bodies had been removed to the new cemetery, or if some still remained in their original graves. It turns out it was the latter situation and the archaeologists are going to take the opportunity to study the bones to learn more about the population at the time.  They have not found any name plaques or other identifying marks on any of the remaining tombs, which are older graves which were deeper. They must be left where they are, as the occupants don't have the right to be transferred to the modern cemetery. It is unusual to dig a cemetery that is so close to contemporary times, as usually a 19th century cemetery would still be in use. When the medieval cemetery became too full to continue to use this cemetery was created in the grounds of the former convent near the Church of Saint Antoine, where once the nuns grew vegetables, fruit and raised animals. It took up the whole of the area of what is now the carpark in front of the courthouse. After this cemetery in turn filled up and closed the ground was turned into an open green space for hold fairs and markets on. Then in the second half of the 19th century the courthouse was constructed at one end of the site.


The archaeologists have been hoping not to find Roman remains. They know that Loches was an important Roman town, but it is unknown where exactly the Roman town was located. This dig at least confirms that it was not located near the court house or Saint Antoine. They've also come up against various walls which they think belong to medieval houses and are the remains of cellars, probably in use between the Middle Ages and the 19th century. What they have found though is that although there are the foundations of 14-15th century homes, they have already been disturbed by past water pipe installations. They have not found any trace of the nuns graves, but the dig has allowed them to judge the course of an old stream, which should help to reduce future flooding risks.