The Africans Who Passed Through Chenonceau

From the mid-19th century the French army actively recruted soldiers from the West African colonies. They became known as the Tirailleurs Sénégalais (Senegalese riflemen). They provided the manpower that the colonialists couldn't muster from their French homeland, and they were not necessarily Senegalese. Until the First World War they were only based on colonial territories, but in 1913 the first regiment arrived in the Hexagon, in preparation for the conflict to come. Throughout the War they served with distinction on the Western Front, in North Africa and the Dardanelles (Gallipoli). On the Western Front their losses were one out of two men, and in the Dardanelles it reached two out of three. 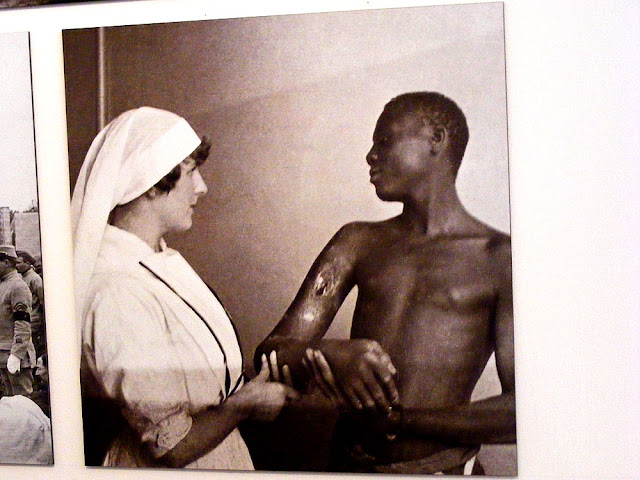 The Tirailleurs Sénégalais were present in France at the beginning of the Second World War too and during the engagements leading up to the French surrender early in the war they fought at Gien, Bourges and Buzançais. If captured they were at risk of simply being shot by the Germans because of Nazi racist doctrine, or taken for unspeakable medical experiments. At the end of the War the French government under de Gaulle betrayed the colonial troops, by refusing to pay arrears, reneging on a promise to grant full citizenship and actively recruting whites for the post-War forces in a process known as blanchiment. De Gaulle also caved in to American pressure to ban the black troops from the victory parade in Paris at the time of Liberation.


At the Chateau of Chenonceau they have a tremendous photographic archive of life on the estate during the First World War. The Menier family had converted the chateau into a hospital right at the beginning of the War and remained actively involved in its funding and management for the entire War. The hospital specialised in the treatment and convalescence of the very seriously wounded and was equipped with all the latest medical devices, including an X-ray machine.


Matron Simone Menier with patients in the Long Gallery.
A pencilled marginal note in the album indicates that the man on the left is Kouza Kouané. 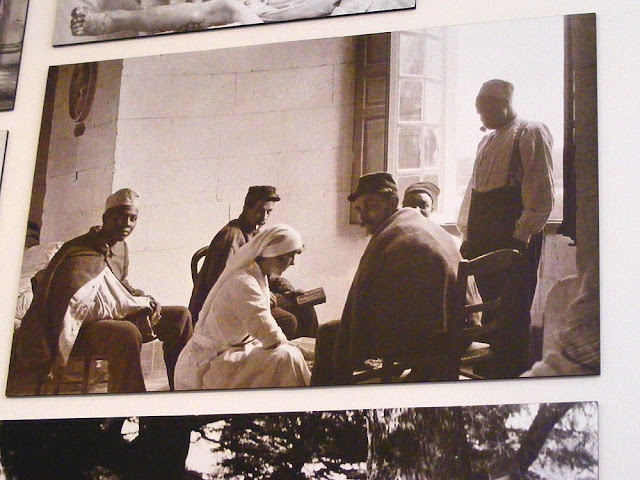 At the time the French army was extremely hierachical and definitely institutionally racist, but not segregated (much to the horror of their American allies). The Menier's hospital, not run by the military, but by the family and the senior medical staff, holds photographs that show white and black soldiers sharing wards and being treated by the same medical professionals. I contacted the Head of Communications at the chateau to find out what was known about individual patients, but it looks like we cannot give names to the men in the photos, with a few rare exceptions.


The front facade of the Chateau de Chenonceau. 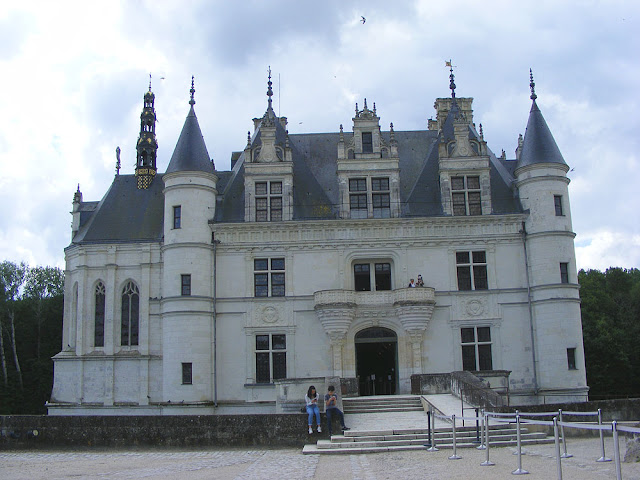 As a sort of consolation for not being able to put names to faces she told me a story which I had never heard before, dating from the Second World War. Apparently 150 black Tirailleurs ended up in the vicinity of Chenonceau at the Fall of France and were desperate to evade capture by the Germans. The River Cher at Chenonceau was the border between Occupied France and 'Free' France. Apparently the owner of the chateau made contact with this group of soldiers and guided them to a place on the river where they were able to swim across from the Occupied side to the 'Free' side. From there they would have attempted to get to Spain, which was neutral. Unfortunately I don't have any further information, so don't know how many of them made it.