A Memorial to the Free French

Today is Victory in Europe Day, a public holiday in France, but since we are still in lockdown, public ceremonies have been cancelled or limited to just a few officials. Many people will still have the sacrifices of those times in mind though, with the lockdown having brought some memories to the surface in the minds of some of the older people of my acquaintance. Today is the 75th anniversary of the end of the Second World War.

On 22 June 1940 the French army blew up the 17th century bridge over the Creuse at Descartes and destroyed two arches on the Descartes side. Following the armistice the Creuse became the border between the occupied and free zones. This border disappeared once the German forces occupied the whole of France in November 1942.


A memorial by the sculptor Paulette Richon to the Free French Forces who fell liberating Descartes. 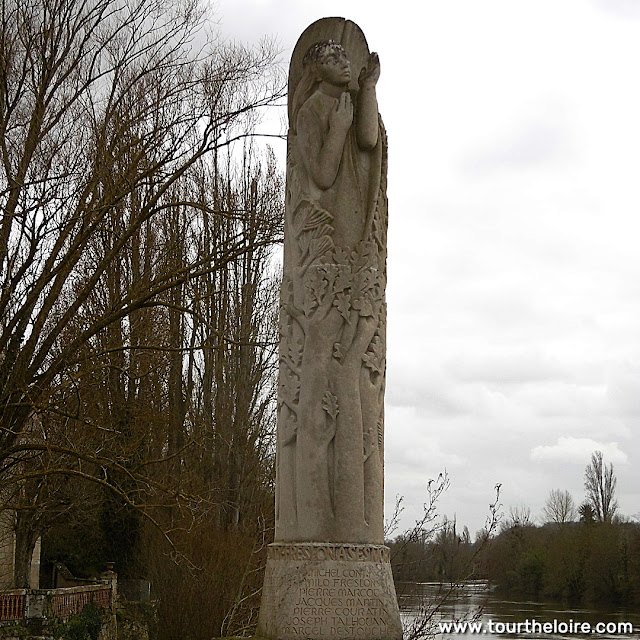 The Free French Forces blew up the bridge on the Buxeuil side on 31 August 1944, possibly preventing a massacre such as occurred in Maillé. A memorial carved by Paulette Richon was erected in honour of the Free French who fell during this action to liberate Descartes. A foot bridge was constructed to cross the gap created by the destroyed arch.


Descartes was liberated on 1 September 1944. The bridge was not fully repaired until 1958.