On the way home from the ophthalmologist on Tuesday we decided to take a small detour and visit Saint Sauveur. It was a beautiful day and this lovely village did not disappoint. 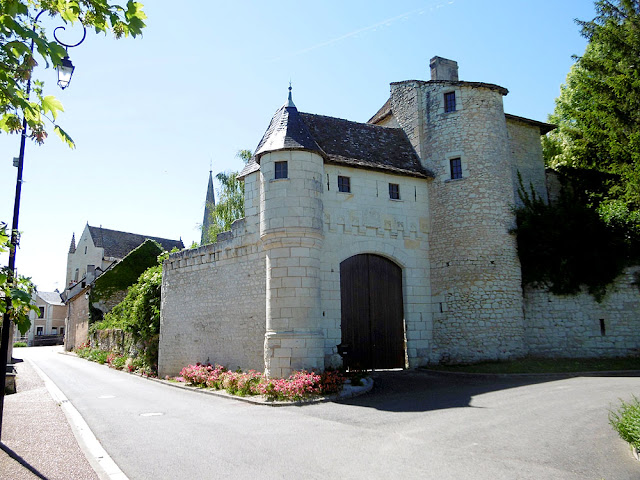 Saint Sauveur is five kilometres south-east of Chatellerault, with a community of about 450 households. The village is dominated by the medieval church and commanderie, built by the Order of Hospitallers of Saint Anthony, a group of monks dedicated to healing and running hospitals. The complex, officially known as the Commanderie de la Foucaudière, was destroyed and rebuilt as a result of the Hundred Years War, and again in the Wars of Religion. The Order of Saint Anthony was suppressed in 1775 and the church transferred to the parish. Major restoration was undertaken in the 20th century.


The striking and monumental church, with associated buildings on the left. 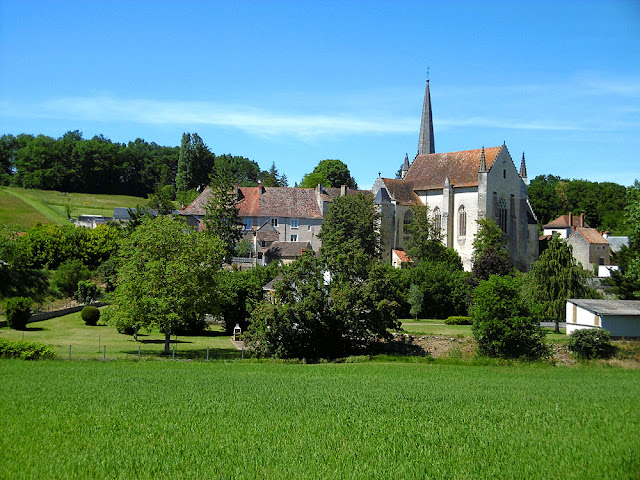 The Order of Saint Anthony were dedicated to Saint Anthony of Vienne, and later associated with the Augustinians. Initially, in the 11th century, they specialised in Saint Anthony's Fire, a disease caused by the fungus ergot in cereals. Later, in the 14th century they also treated those with the Black Death. At one point they had over 300 hospitals.

Saint Sauveur appears to be a gem. Sadly we were unaware of this village (and your tour services) when we spent a summer exploring the chateaus of the Loire valley. Stay safe. Elizabeth

Saint Sauveur would make a nice base for exploring this little known corner of Poitou, and being on the edge of the Touraine, not too far to some of the really famous Loire Valley chateaux. So that's a plan for next time :-)

Very interesting. Today's post took me down a rabbit hole of Monumentum sites in the Vienne. There are a lot.

I say Monumentum, which is the website I like to use, but it's just another way to search the Base Merimee.

You two will eventually know all the listings in your area, if you don't already!

Monumentum has remarkably little to say about Saint Sauveur, doesn't it?!