Place Plumereau in the old centre of Tours looks like a perfectly maintained medieval square, but it is not the oldest square in Tours, and it has not always looked quite this upmarket and appealing. 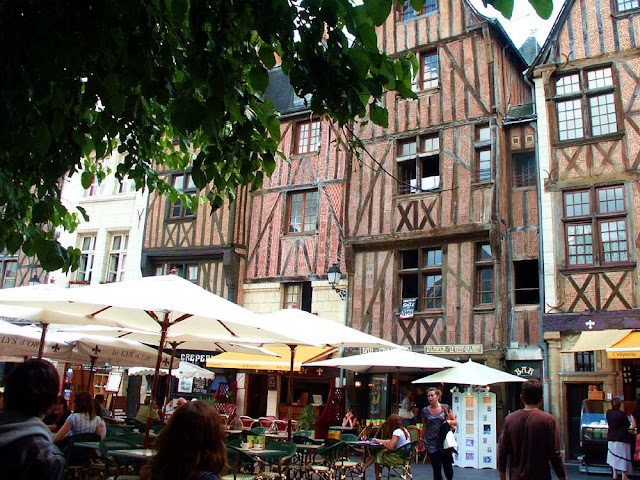 Originally Place Plumereau was just a cross roads where several streets met and a little flower market was held. At that point it was called the Carroi aux Chapeaux. 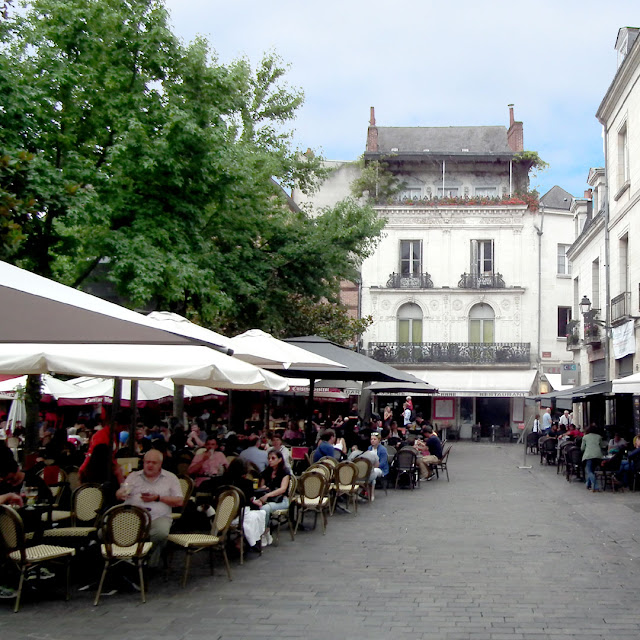 The current configuration is quite recent. Initally it was much smaller, about half the size. At the request of the inhabitants it was enlarged by the municipality acquiring ten houses, which were demolished between 1860 and 1912. One of the houses belonged to Charles Plumereau, a municipal councillor, and the square was named after him in recognition of his donation of the house to the city. 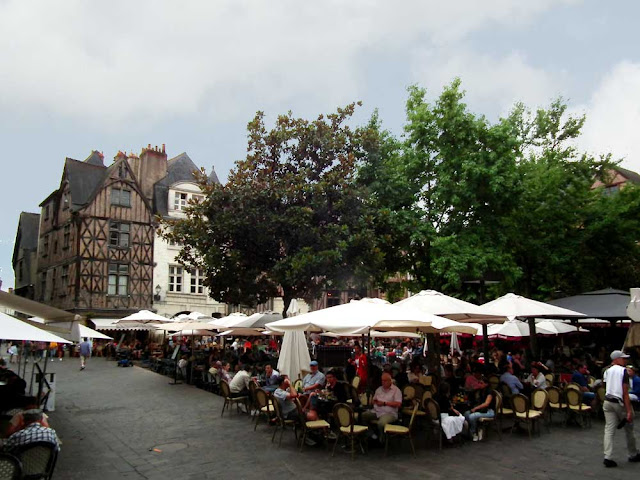 Formerly the Place was in a densely populated sector of the city, and not very salubrious. But it was completely restored between 1963 and 1967 and finally became permanently pedestrianised in 1981. Since then it has been the definitive historic image of the city. Fanciful stories have taken hold, such as the legend that Joan of Arc's army assembled here in 1429.

I can't resist drooling over these pictures but it's like torture that we can't go there! We love going up to Tours on the bus, so cheap at just over 2€ a ticket. In reality we only did it about twice a year - took it for granted that we could do it whenever we wanted. Sigh...….

Well, we can't do it either at the moment, nor for the forseeable future. No one knows when bars will reopen, even though we will be able to get to Tours next week.

Really missing our French house :-( albeit we are a lot further south than you

Yes I think it is very difficult for second home owners who live outside of France. There is no indication of when they might be able to come back, even inside of Schengen.