Biarritz, being a fine old seaside resort town, has some fine old Belle Epoque grand seaside  villas and suchlike attractions. When we were there for the day in September last year we photographed some.

Villa Belza is a neo-gothic style building constructed between 1880 and 1895 on a rocky coastal outcrop in Biarritz. The site was originally an open field perched amongst the rocks, but in 1882 it was bought by the director general of Phoenix Insurance, Ange Dufresnay. His architect Alphonse Bertrand and his builder A Joly conceived the original rectancular house. The 'medieval' keep and pepper pot tower were added by Dominique Morin in 1889.

Dufresnay named the house after his wife, but the word 'belza' means black in Basque, and this coupled with the house's proximity to the 'Devils Hole' fed rumours of its association with sorcery and revenants (people who return from the dead).

In the early 20th century it was used as a movie location, and later became a luxurious and exotic Russian restaurant. The Prince of Wales, the future Edward VIII dined there, as did various Russian Grand Dukes. In 1927 it was completely renovated and turned into a cabaret. In 1940 the occupying Germans requisitioned the Villa and constructed a blockhouse to defend the Old Port.

After the War, a wealthy French woman who had been living in America returned and bought it, to convert into seven apartments. The tenants did not get on and the building was set on fire  at one point. It was completely restored by new owners in 1974, but once again caught fire and the second and third floors were destroyed. The building was left derelict and occupied by squatters.

In 1990 a young business man bought it and once again it was restored into luxury apartments. One of these sold for the then record price of €8000 per square metre. Its condition is now monitored and managed by the municipality as an historic monument and between 2015 and 2018 it underwent extensive external restoration. 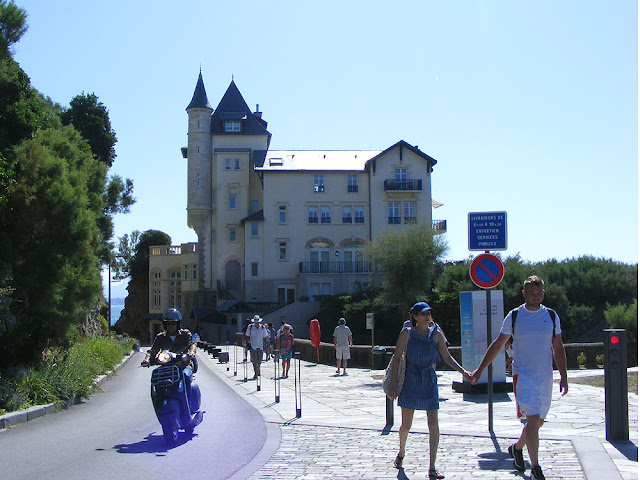 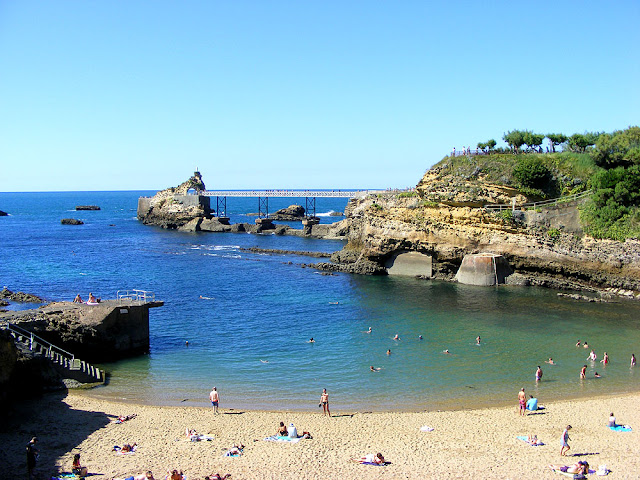 The Rocher de la vierge is a natural rock formation, with a statue of the Virgin placed on top in the mid-19th century. From it you can see the whole of the Bay of Biarritz. It sits between the Vieux Port ('Old Port') and the Port des pêcheurs ('Fishermens Port'). It was used as a lookout point for whalers and can be accessed either by a foot bridge or a tunnel.

Villa Goéland was constructed in 1851 on the heights above the Vieux Port. However, right from the beginning it suffered from damp and water damage. Happily now restored and operating as a guest house, the villa's mixture of stone, wood and bricks, with its roof and pepper pot towers, it is one of the few remaining testimonies to the Belle Epoque in Biarritz. 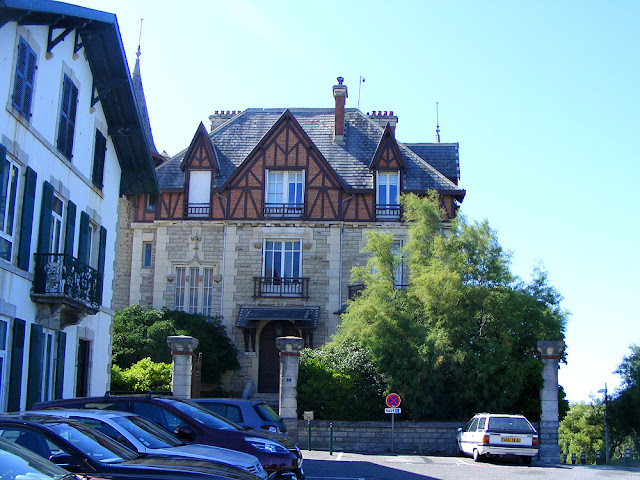 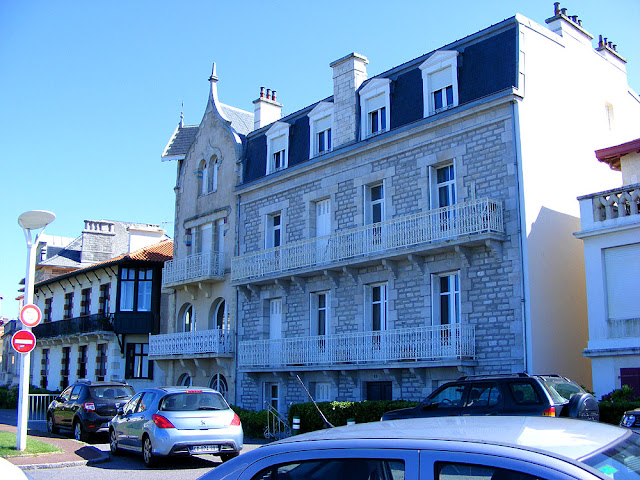 One of the lovely cities that we have driven through often, and always said we need to stop and spend a few days.... But never have. One always thinks there will be a next time. We need to stop thinking that way... and stop and enjoy it. lol

It does have genuinely very nice beaches too, if you are a beach person.

Thanks for these...I didnt realize that the villa Belza was now apartments....I'm glad it has been rescued and restored. I really enjoyed strolling around this city when I spent a few weeks there after my grand daughter was born....the hospital/clinic where she was born was lovely...in Bayonne.

Yes Villa Belza has been apartments since just after the Second World War apparently.