Deep in the heart of the countryside, geographically buried right at the centre of France is the aptly named Saint-Valentin, a tiny village of just 300 souls.


A metal tree from which couples can hang engraved hearts dedicated to their love. 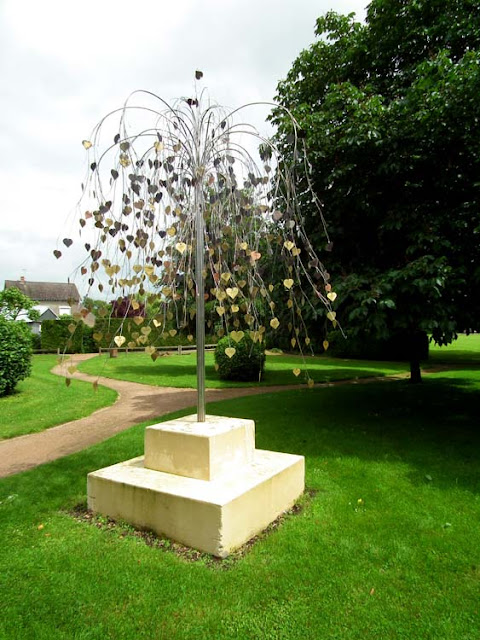 Somehow it has forged a connection with a Japanese Buddhist temple dedicated to love and peace and the town of Saint-Amour in the Jura moutains. Between them they have created a celebration of the festival of Saint Valentine. Dozens of couples come every year to have their wedding vows affirmed and commemorate the occasion by hanging an engraved heart in the Jardin des amoureux ('lovers' garden').

A Japanese chef heads up the team at the local restaurant Au 14 février and it is the only Michelin starred establishment in the département of Indre. 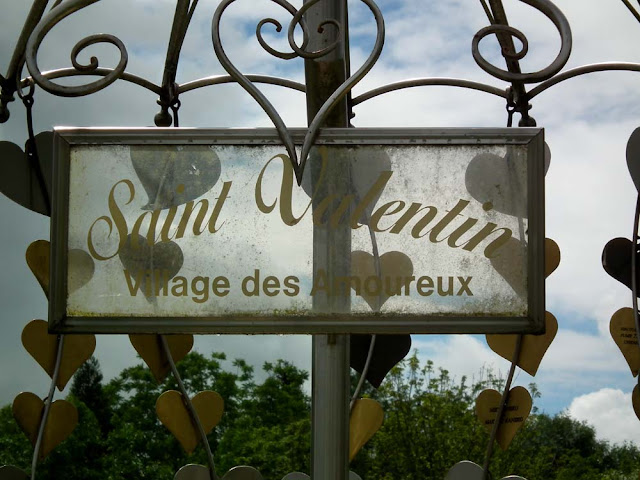 When the Post Office issued a special Saint Valentine's Day stamp designed by Raymond Peynet, it was at Saint Valentin where the first day covers were released. The artist, who had become famous for his cute cartoonish drawings of Les Amoureux ('lovers') and is big in Japan donated a drawing to the town every year from 1985 to his death in 1999 (obituary in English here).

Love hearts on the metal tree in the Lovers Garden. 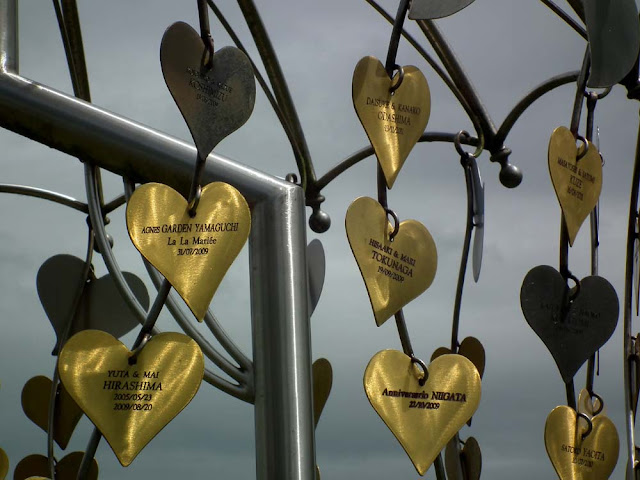 I am continually astonished by how rich and varied the old province of Berry is, how many bizarrely unexpected things one encounters there. On the surface it seems like a complete backwater, with its big horizons, endless rolling grain farms and secretive swamps. Who would have guessed that a village which, in the words of the mayor himself, was not the home of anyone famous, doesn't have a historic building, isn't by the sea, isn't in the mountains -- in fact, a commonplace little village that sits isolated in the boring Berry plains -- could have carved an identity out for itself in such an extraordinary way?

We do think they've missed a trick by not having a stall selling padlocks, with a nearby bridge, though...

The names I can read on the metal hearts are all Japanese. Interesting.