The inhabitants of Chaumussay had a nickname in the old days. They were known as les ventres jaunes ('yellow bellies'). This sobriquet may have had two origins [Source Au temps de Chaumussay by Michel Brouard]:

The entrance to an abandoned limestone quarry near Chaumussay. 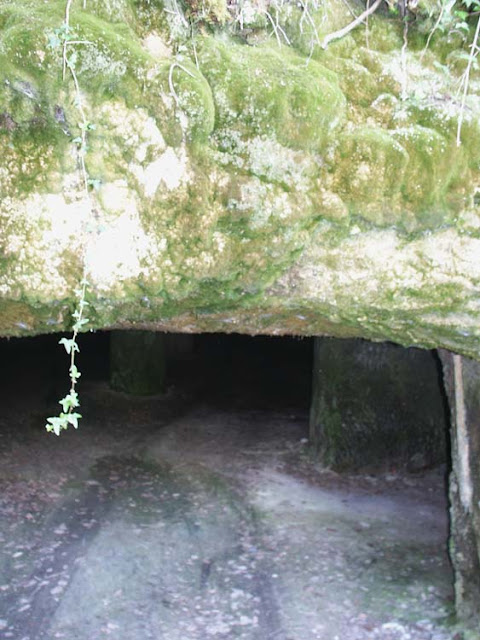 The second explanation seems much more likely to me. The very best tuffeau is sparkling white and comes from the underground quarries at Bourré. Other quarries provided differing qualities and colours of stone, ranging from white to yellow and suitable for building fine houses to paved roads. This house shows you the typical colour of stone around Chaumussay. Compare it to the colour of the Chateau of Chenonceau.