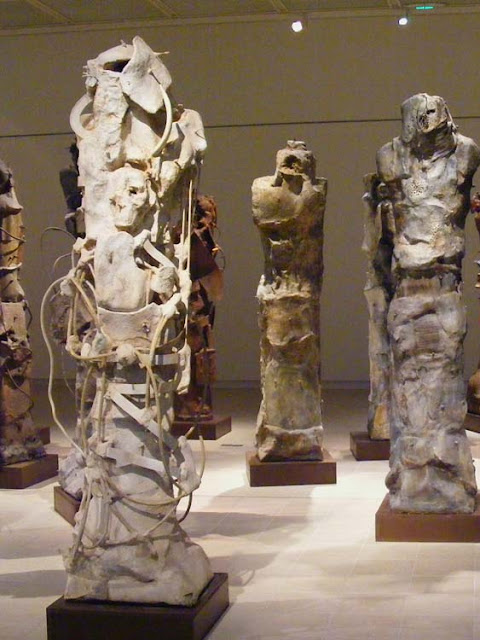 Brigitte Terziev was born in 1943, into an artistic and creative family. Her father was a sculptor who emigrated from Romania to France, her mother a television producer and her brother a comedian. Her series of imposing 'Elders' are constructed of ceramics and metal. 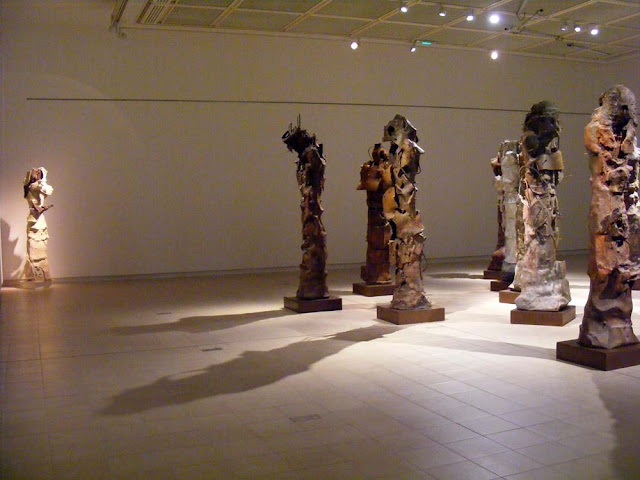 The thirteen forms keeping silent vigil in the temporary exhibition space of the Musée de l'Hospice Saint-Roch in Issoudun are the result of years of experimentation with wood carving, welding metal and modelling clay. They are eerily human, several metres tall and displayed so that the visitor can walk around and amongst them. You get glimpses of an ancestral past -- shapes that recall classical Greek sculpture, and yet others which have a sci-fi futuristic look. They give the impression of being engaged in some mysterious, silent ceremony, oblivious to the viewer, yet able to radiate a power that induces an uneasy respect, not just for their size and the technical ability of the artist, but for the ambiance the objects themselves create as a group. 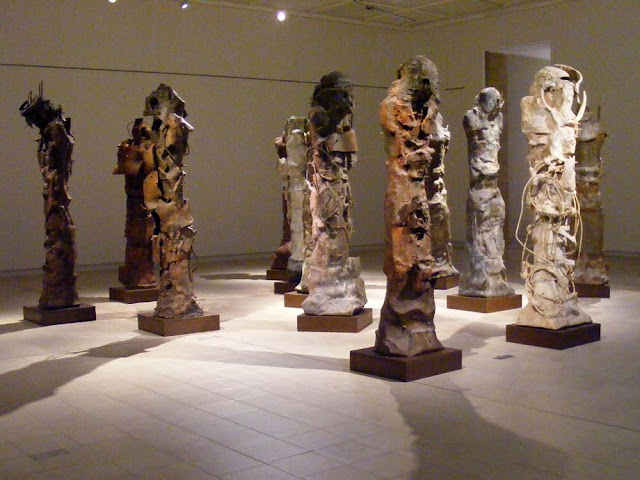 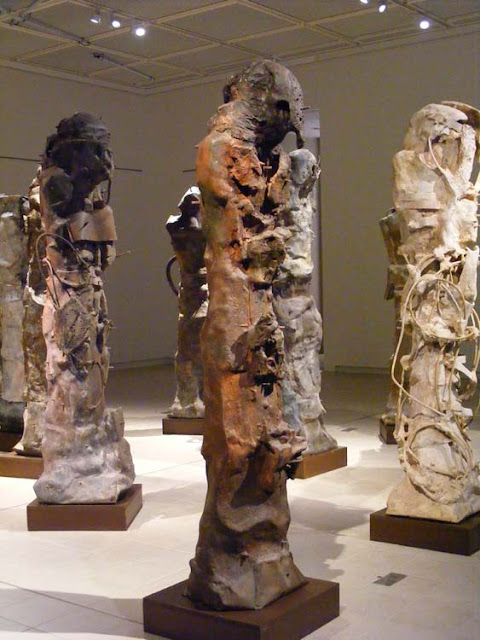 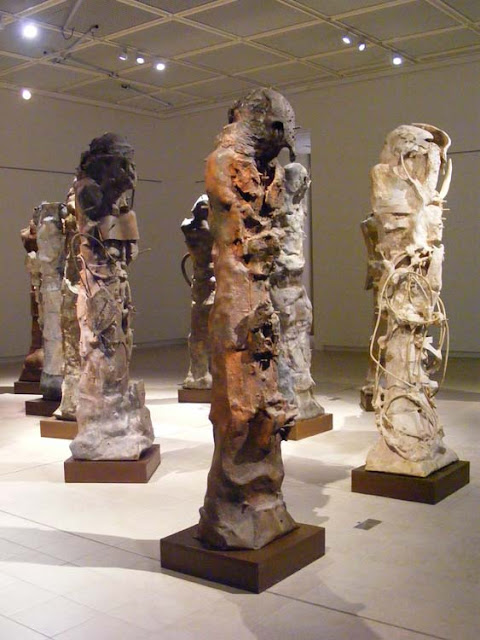 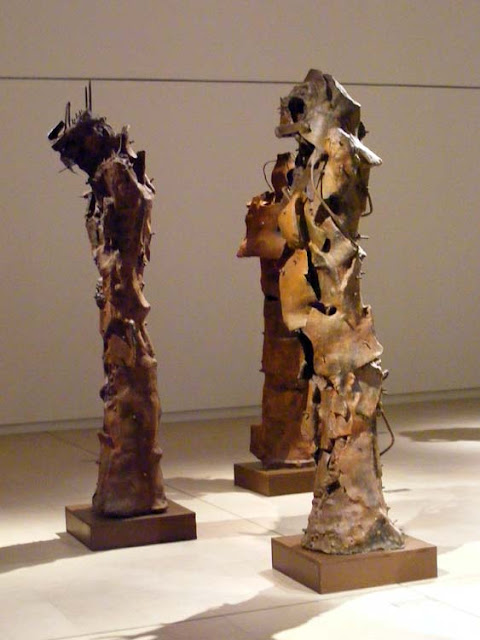 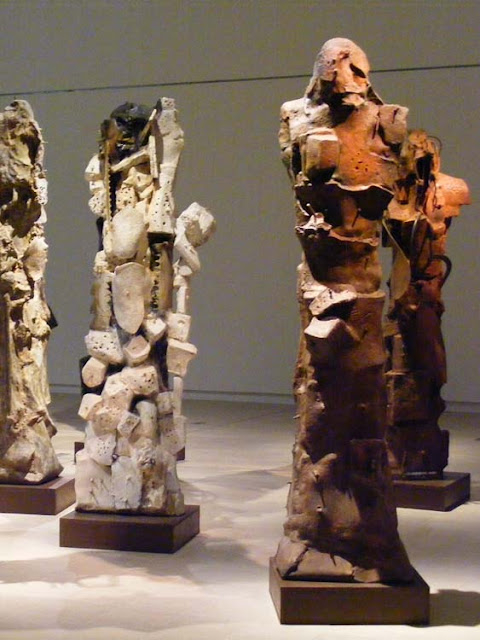 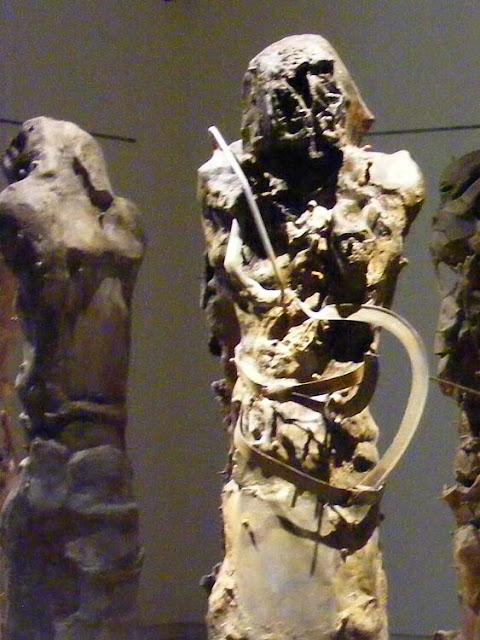 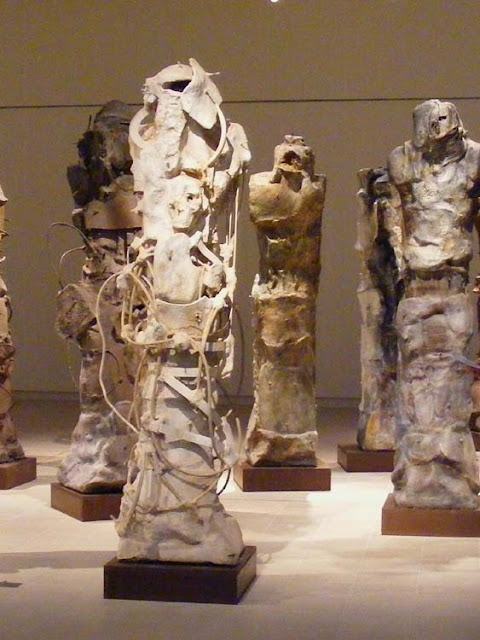 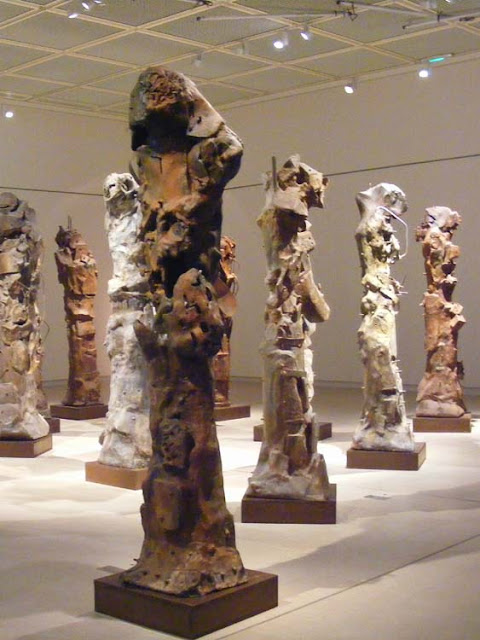 Dinner was leftover roast rear end of turkey with gravy, potatoes, carrots and chard from our local organic market garden and orchard. I made some sablés with the leftover pastry from the pie and took a small baked custard with plum syrup out of the freezer.
Posted by Susan at 09:00