The Chateau of Falaise, near Les Ormes, sent several of its sons to Acadie in Canada, and maintains friendly ties with Acadiens in Quebec and Louisiana. The Gannes family have been connected with the chateau since 1364. The first two priests in Acadie and several army officers were scions of this house, present at the founding of Louisbourg [link] in Nova Scotia in 1713.

The chateau was also on the front line in the last battle before France surrendered in World War II, on 22-23 June 1940.

Today the chapel and adjoining buildings are a local history museum dedicated to their Acadien links, the World War II battle, occupation and Resistance, the Argenson family (influential local aristocrats associated with a number of properties in the area), Neolithic, Celtic and Roman history, agricultural tools and Poitevin and Tourangeau bonnets. The latest display is about the Acadien soldiers who came to France in 1916 to fight in World War I. 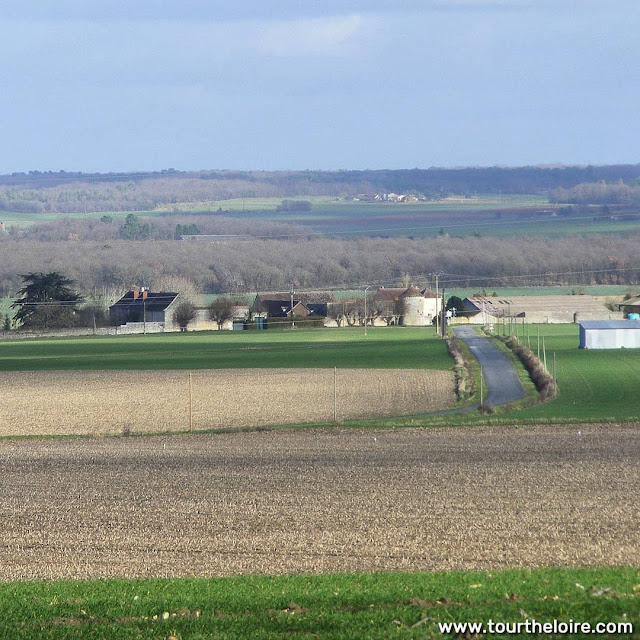 View over the Creuse Valley with the Chateau of Falaise in the middle distance. Taken from the fortified chateau farm of Mousseaux.

The museum is open in the afternoons, from June to the Journées du Patrimoine (Heritage Open Days) in September.