Last year, just before lockdown, I drove through the area around Amboise taking photos of every chateau I drove past. At one stage I ended up in the new industrial area to the east of town, circulating an unfeasibly big roundabout (rond point, or traffic circle). It seemed odd that such a large circle should be needed in a light industrial area next to the local la Poste sorting office. 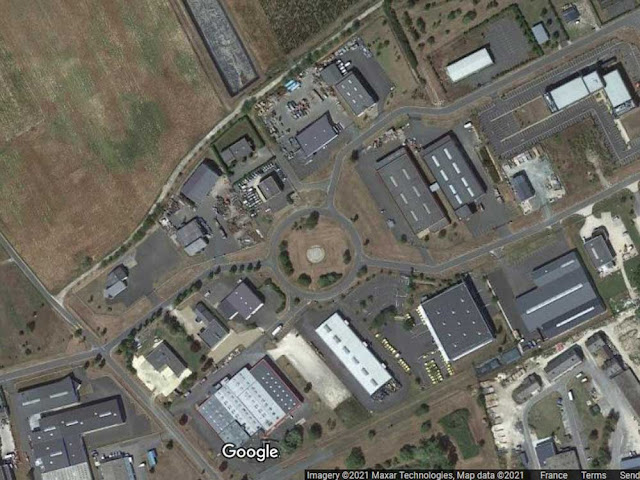 Further research proved interesting. In the middle of the roundabout is a helicopter pad. According to the one source I could find online, there is no record of planning permission, no mention in Civil Aviation records of it being licenced for use, and it isn't marked on any map. Who it was built for and why isn't known. However, the fact that it exists and has been used can't be disputed.

The helipad. The red and white post held the wind-sock 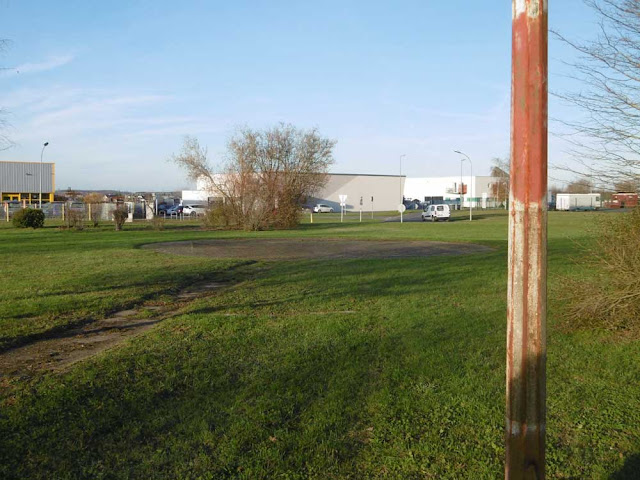 The last important activity occurred in 1996, when politicians came by helicopter to attend the funeral of Michel Jean-Pierre Debré, ex Maire of Amboise (1966–1989) and Prime Minister of France (1959-1962).
The wind-sock post 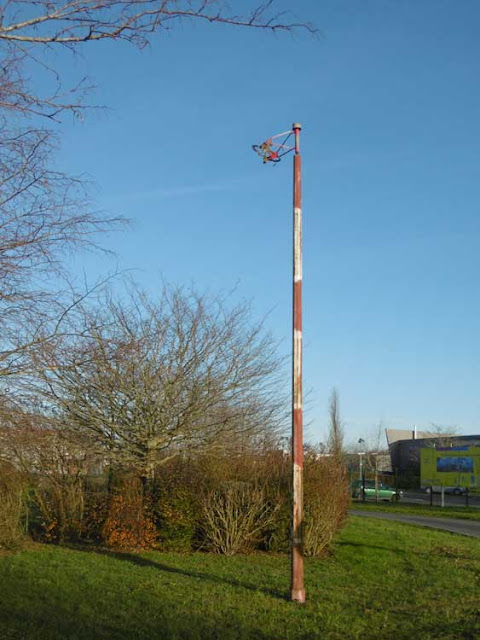 When it was constructed it was in the middle of a field 4 kilometres from Amboise.

How interestng! I hope that the bushes/trees are still short enough to not get in the way of blades.

French roundabouts are my favourite as anyone who reads my blog will know :-)