What the Iceman Had in His Pockets

Hoof Fungus Fomes fomentarius (Fr. Amadouvier) is a type of bracket fungus belonging to the Polyporaceae family. It is also known as True Tinder Fungus. 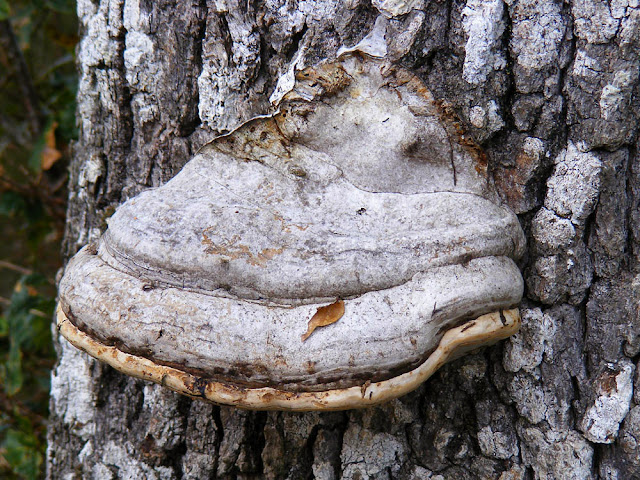 Bracket fungi are always found growing on wood, often gaining a foothold on a living tree by entering via a wound caused by bird, insect or weather damage, but some species grow on dead timber, especially newly felled wood. Some attack the heartwood, others sapwood. As they age they become harder and harder. Many are beautifully marked in contrasting bands formed as they grow. 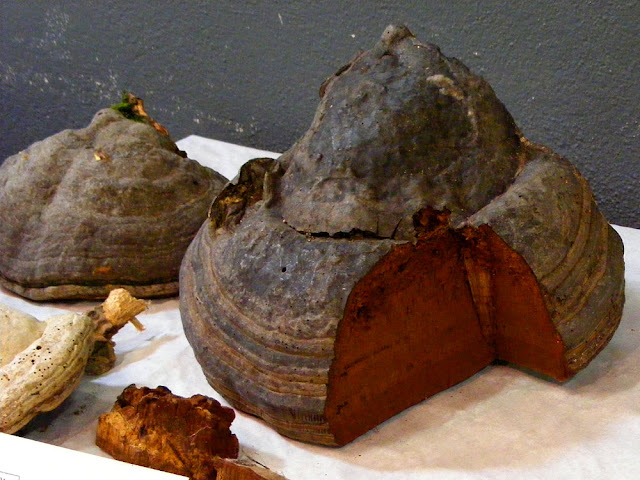 Hoof fungus is one of the most common polypores here, found on most types of deciduous trees. Young specimens are velvety, but older ones very hard. The fungus becomes very thick as annual layers of spore tubes develop. It has been used by man from at least 10 000 years ago as tinder. It can also be processed into a leather like material, which could be used on wounds to dry them out, or to make accessories such as pouches.


Hoof Fungus is not edible (because it would be like chewing wood, not because it's toxic). It can be seen all year round.


Ötzi, the five and a half thousand year old natural mummy discovered in the Tyrolean Alps, was found to have a black substance in the pouch on his belt. When tested it turned out to be Hoof Fungus, with traces of iron pyrites in it. The materials would have been used for firelighting, by striking iron pyrites on a flint, allowing the sparks generated to shower down onto the sawdust like fungus. Carefully nurtured the fungus can be made to smoulder and act as a firelighter.

Email ThisBlogThis!Share to TwitterShare to FacebookShare to Pinterest
Labels: nature and wildlife, Prehistory

Closer to animals than plants -- even more fascinating.

I never knew what it was. I always left alone because I liked it. Next time I see some on a felled tree I'll have a closer look.