In early December my Uncle Ric (my father's brother) got an email from the Australian Capital Territory Place Names Officer. It confirmed that my Great Aunt Beryl (one of the sisters of my father and Ric's mother) was to be honoured with having a street named after her in a new development.

New Taylor development in Canberra, photographed by my sister in June 2019. 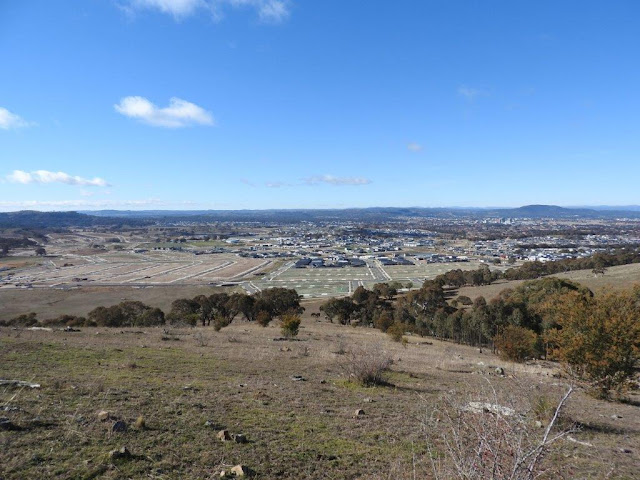 The street will be called Beryl Mann View, named after Beryl Vivienne Mann (1911 - 1982), in recognition of her contribution as an architect, landscape architect and educator. The citation reads:

Beryl Mann graduated in architecture from the Gordon Institute of Technology, Geelong, and in horticulture from the Burnley School of Horticulture, Melbourne (1939). Initially working for Edna Walling as her assistant and subsequently for a number of architectural firms, Mann joined Mockridge, Stahle and Mitchell in 1948. Engaged in both architecture and landscape architecture, she became a Senior Associate of the firm, working there until 1976. While based in Victoria, between 1960 and 1975 Mann was involved in numerous large scale landscaping commissions for Canberra schools. Mockridge, Stahle and Mitchell received the 1964 Royal Australian Institute of Architect’s ACT Chapter Meritorious Architecture Award for her work at Downer Primary School. Other significant Canberra projects include her skilful landscaping of the H.C. Coombs building at the Australian National University and the design and preparation of the Master Plan for the Lake Ginninderra parklands. In addition to her work in professional practice, Mann lectured in landscape design part-time in the Department of Town and Regional Planning, University of Melbourne  (1964-1973). Mann was a founding member of the Australian Institute of Landscape Architects.


Edna Walling, for non-gardening, non-Australians, was one of Australia's most influential landscape designers, pioneering the widespread use of Australian native plants in public and domestic planting schemes. Beryl contributed to the realisation of the vision of Walter and Marion Griffin, who were commissioned to design Australia's purpose built capital city, Canberra. She also worked on several educational institutions, from schools to universities, including Monash University* in Melbourne and the Australian National University in Canberra.


From left to right: My great grandmother, my Uncle Ric, my younger sister as a baby, my great aunt Beryl Mann, my mother, me. This photo must have been taken in the first half of 1964 I think. 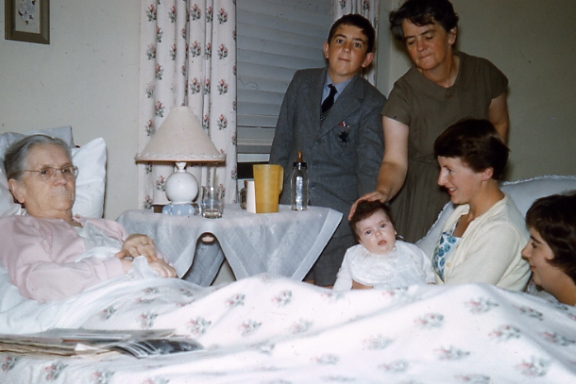 I didn't have a photo of Beryl, so I asked my sister what she had. She came up with this amazing multi-generational photo which I don't recall ever having seen before. I do remember visiting great-grannie though. Because my sister lives in Canberra, she was able to provide me with a photo of the new housing development in Taylor that she had taken in June while out birdwatching.


Courtyard of the H C Coombs Building. Photographed by my sister this week. 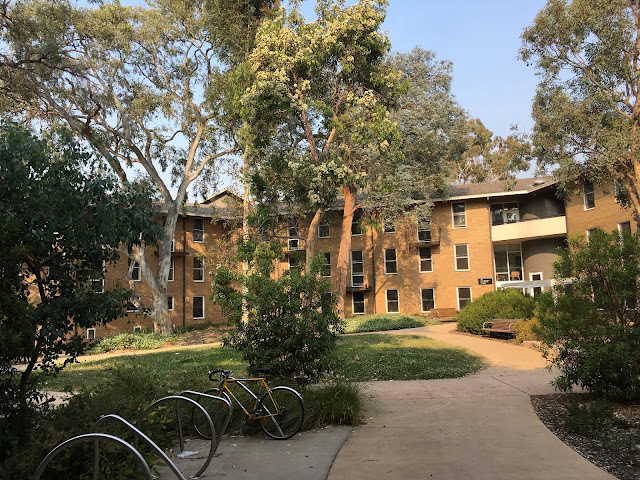 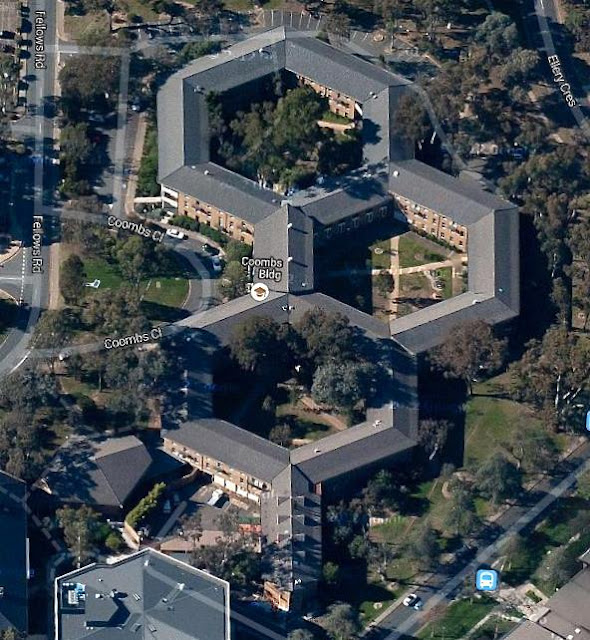 Statue of a kangaroo commissioned by Beryl for Downer Primary School.
The school was recently demolished and the current whereabouts of the kangaroo are unknown (presumed stolen by someone for safekeeping prior to the redevelopment of the site). 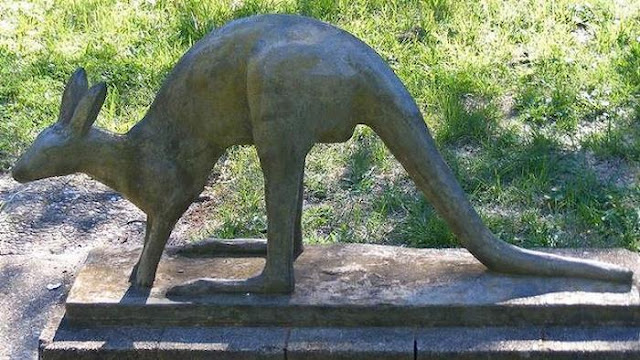 Plans for a motel in Victoria.
(Sourced by my sister via a FB group, from the Mockridge Stahle & Mitchell archive, I think.) 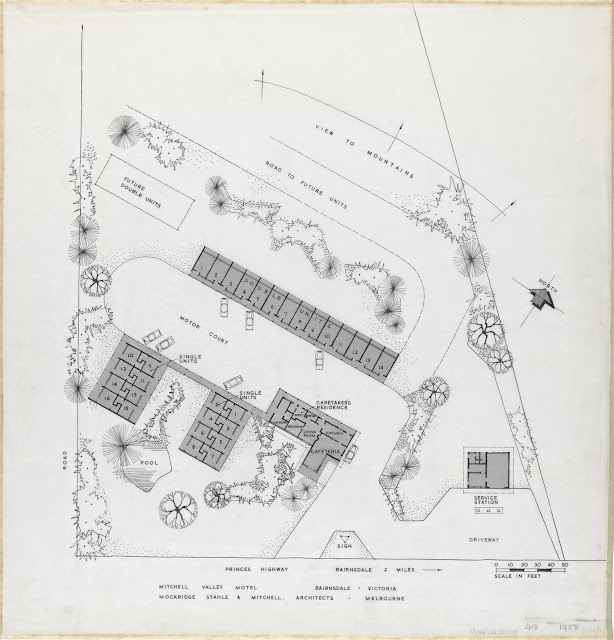 Ginninderra Parkland, Canberra. (Photo taken by my sister a couple of days ago.)

*That means both sides of my family were involved with designing and installing elements of Monash, as my mother's father won the contract to make the joinery for one of the buildings.

Off topic, I guess, but one of my professors at the University of Illinois had been a professor at Monash U. in Melbourne. Her name was Wilga Rivers — her specialty was the teaching of languages to non-natives, specifically French to Anglophones — and she went on to be a professor at Harvard U. for 20 or more years before she retired and then passed on.

That's an impressive résumé and a well deserved recognition. I'll paraphrase what is inscribed at the fronton of the Panthéon in Paris, Aux grandes femmes, la patrie reconnaissante. that in my broken English I'll translate as To the meritorious women, the thankful homeland.

Wow! Wilga is such an Australian name! And not common even there.

The family is chuffed :-) We are all proud of her.