Beneath the Beaux Arts

The Musée des Beaux Arts (fine arts museum) in Tours has started offering tours of its nether regions once a month. Unlike a lot of modern museums this is not an invitation to come and see the basement storerooms, packed full of art legacies that rarely see the light of day. In the case of the Musée des Beaux Arts in Tours, their 17 000 works in reserve are mostly stored off site these days.

Thibault begins his tour. We will go through the door to his right. 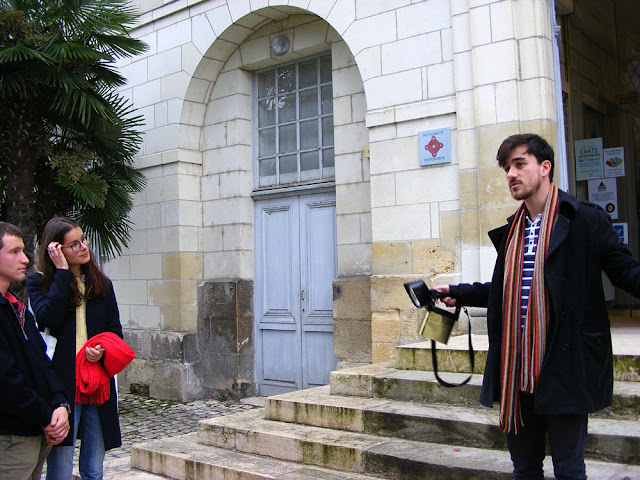 So instead, Thibault Salais, a young historian and student at the Beaux Arts will greet you at the main entrance and direct you through a large but non-descript door, tucked in beside the main entrance, hidden in plain sight. Down a stone staircase and you are in an underground tunnel which once linked the museum building (formerly the Bishop's Palace) with the neighbouring Cathedral. The site brings together the history of the old Roman capital of Gaul, known as Caesarodunum, and the location of the very first Christian Bishops of Tours. Wisely, the Bishops chose to settle within the protection of the Roman walled city, right next to the Cathedral.

Reused carved stones in the foundations. 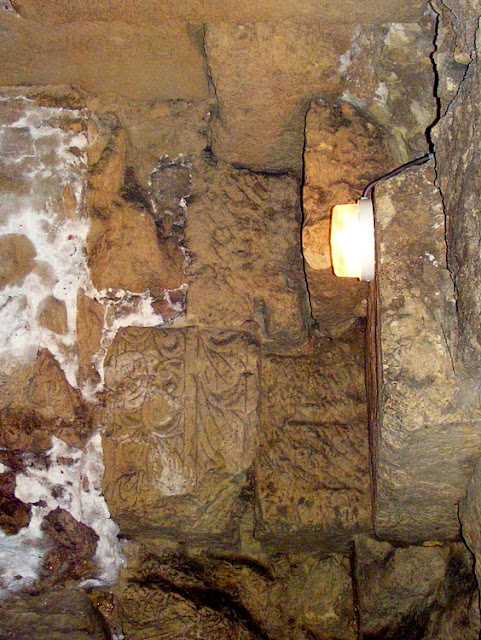 Tours as a city didn't exist before the Romans. The chief town of the area up till their arrival was Amboise.


These massive stones, stacked on top of one another without mortar, are the Roman foundations of the city wall. The white patches are monitoring cracks. 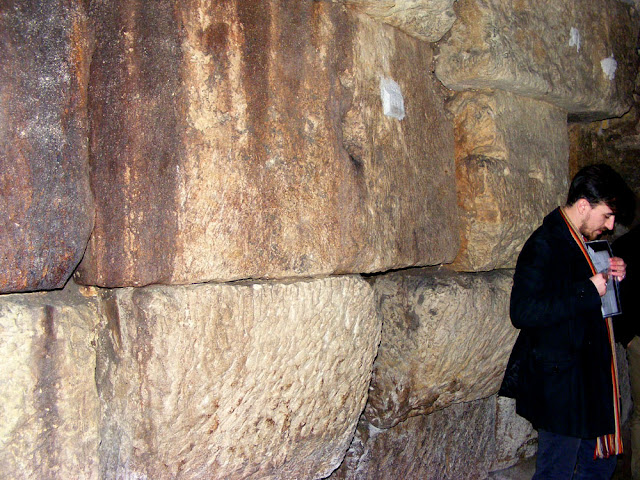 The tunnel runs under the foundations of the old 4th century ramparts and the first Bishop's Palace was built right up against them, using stone salvaged from around and about. In these original foundations you can see parts of Roman columns and pediments from temples. The wall that rises up seems put together out of the most randomly placed chunks of stone, but it has stood for 15 centuries (despite some cracks). The stones you can see are part of the original foundations to the wall, set about 5 metres below the Roman ground level.

Looking back towards the entrance -- a mixture of natural rock and stone reused from a Roman temple. 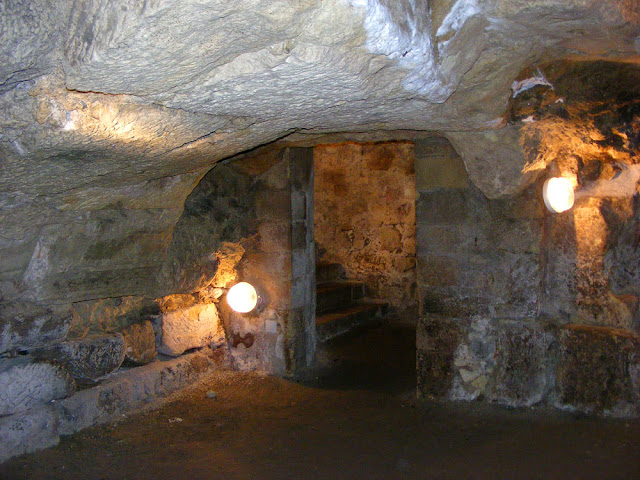 At ground level at the end of the tunnel are two reused pediment stones with an inscription which reads 'Civitas Turonorum libera' (Free City of the Turoniens).

It's quite tricky piecing together the history of the tunnel. The episcopal archives were burnt on the Cathedral forecourt during the Revolution, and then anything that survived was subsequently bombed in the Second World War. The occupying Germans installed their central telephone exchange in the tunnel.

This section of the tunnel was constructed in 1854. 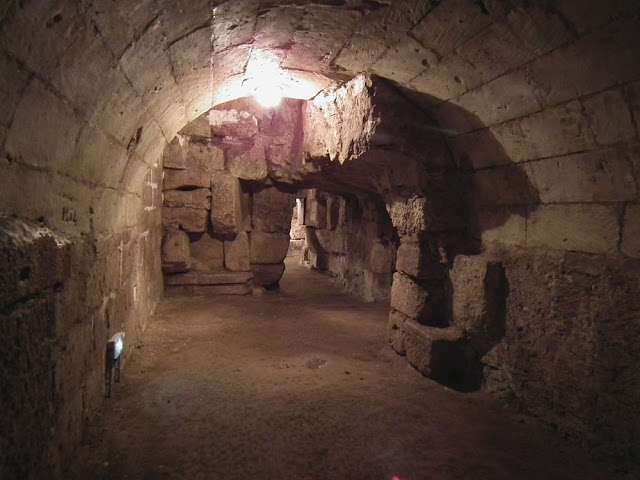 Book online if you want to see for yourself.

Wow! Another of France's hidden treasures. Thank you.
Jocelyn

Proper history, with lots of complex layers, this was.

What a fantastic tour! We didn't spend enough time in Tour when we lived in that area.... We need to go back for a long visit.

It's a nice city with lots to do in and around.

Wow this is amazing, will look into going. Cheers, Amanda

You need to be seriously interested in Roman history to get the best out of it.