Back in April 2016 I wrote about the panel in Tours station depicting St Jean de Luz, and how we wanted to visit and ride the Petit Train de la Rhune. Although we have written about visiting la Rhune and seeing Vultures and a Northern Wheatear, I have somehow managed to miss out writing about the reason we went in the first place.

The Train de la Rhune is a metre gauge rack railway that runs for 4.2 km from near Sare to the top of La Rhune in the Pyrénées-Atlantiques. It starts at 169 metres above sea level and climbs to the summit of la Rhune (905 metres). The railway was opened in 1924, and is still run using the original train locomotive and carriages. It's ace. 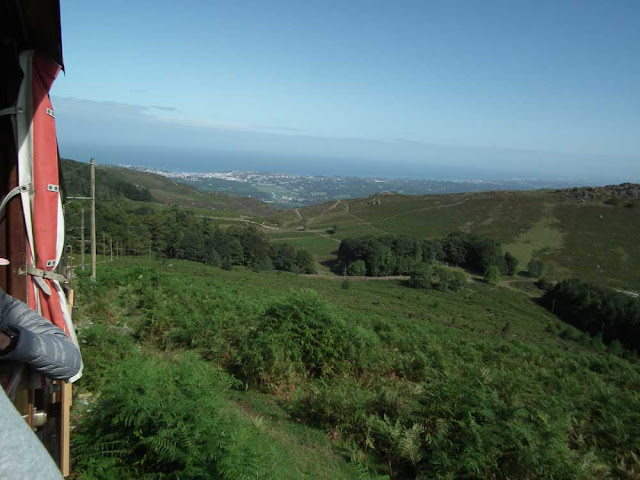 It really is that steep. 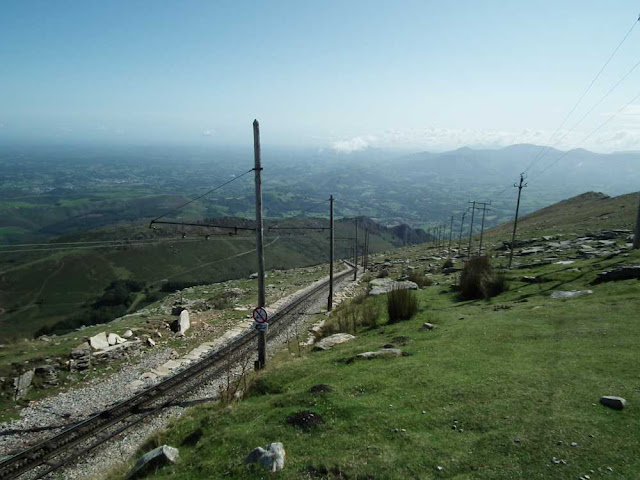 Here comes the next train. 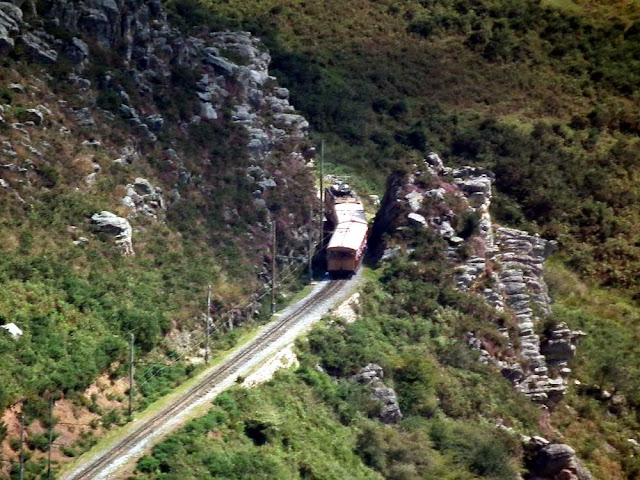 The village in the distance is Sare. 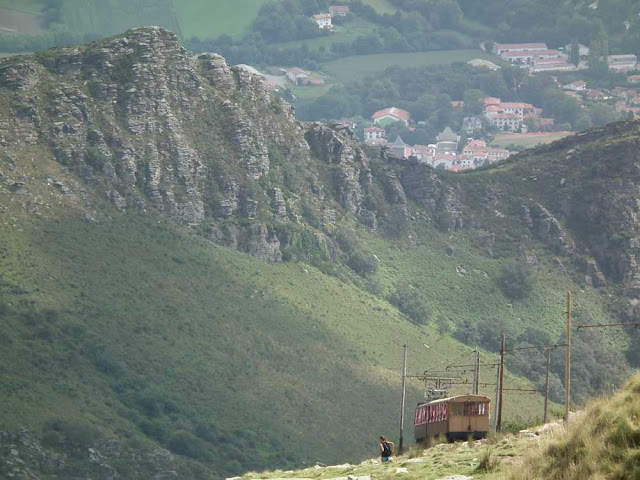 This is the drive mechanism for the cogwheel. 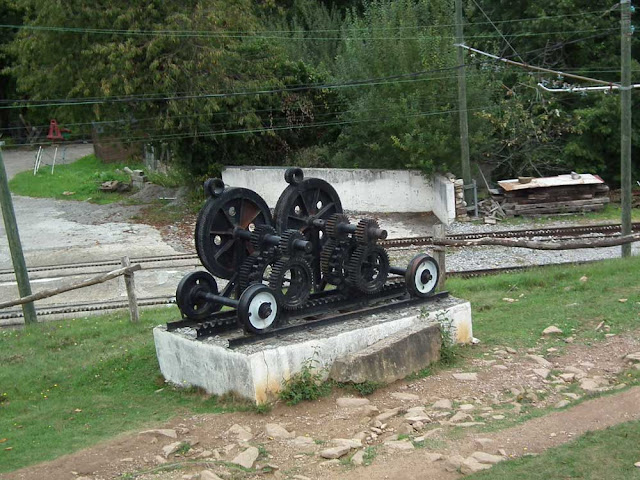 We first tried to ride the train on the first day after school started. There were cars parked along the side of the road for a kilometre either side of the station, and both car parks were overflowing. We decided that we would have to give it a miss and went off for a picnic.

A couple of days later we had some spare time (and the weather was cold and foggy) so we tried again, to find no crowd, plenty of parking, and an opportunity to catch the next train. We did that, and managed to spend 35 minutes at the summit of la Rhune in bright sunshine with views for miles.

You can read more about the Petit Train de la Rhune on their website
Posted by Simon at 09:00

Very glad that it is still running. Did you see the ponies or was it too foggy?

Yes we saw some ponies. We've got a few decent photos of them, but often one was at a funny angle above or below them so a bit tricky.

Le Petit Train Jaune in the Cerdagne is also a wonderful ride and the final destination (or beginning) of Villefranche de Conflent is a great artist town.