In France today 75% of forests are privately owned, 10% are owned by the State and the rest by municipalities.


Thousands of years ago the whole of France was completely covered by forest. With the introduction of agriculture 8000 years ago in the Paleolithic, much of the forest was cut down. The forests we see today are the result of deliberate agricultural practice by man, and their exploitation reached its zenith in the 19th century with the advent of industrial requirements for wood. 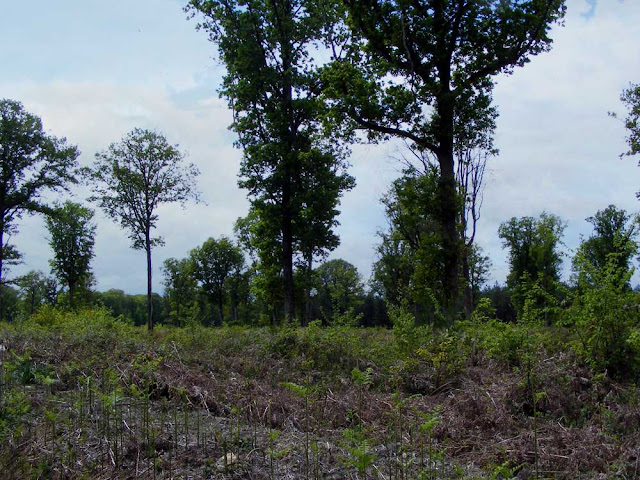 In 1800 there was only half the forested area in France that there is today. In 1827 the State created the Forestry Code and launched a policy of reafforestation. Foresters from this time onwards have been obliged to respect the balance of nature whilst satisfying the national demand for wood. This sort of forestry exploitation requires an indepth knowledge of the forests themselves. To this end various organisations were created in 1841 to study and manage them, such as the National Office for Forests (Office National des Forêts -- ONF),  the National School for Water and Forestry (l'Ecole Nationale des Eaux et des Forêts) and the National Institute for Agronomy Research (l'Institut National de la Recherche Agronomique -- INRA) to improve the genetic stock of forestry trees. 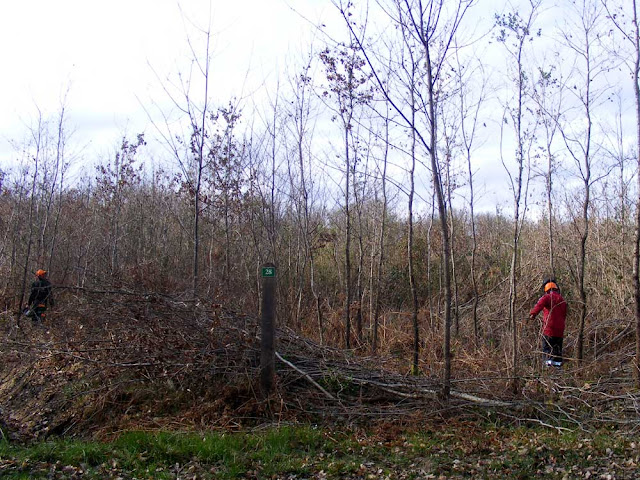 Forests fulfill three functions -- ecological, social and economic. And today, there is no such thing as virgin forest. They all have the mark of the hand of man on them and it has been thousands of years since forests were first exploited, initially as a source of energy and then to provide wood to fashion objects. Today in industrialised countries, wood is transformed into panelling, boards, furniture and paper. In France the forest produces 30 million cubic metres of wood annually and the wood industry employs more than half a million people. Of those, 8% are in sylviculture and forestry, 7% in initial transformation (eg sawmills) and 85% in secondary transformation (tools, carpentry, joinery, paper, chipboard, plywood). 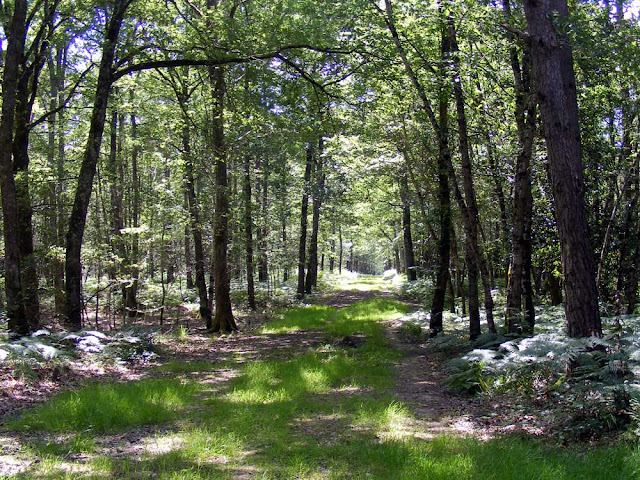 French forests produce on average 10 - 20 tonnes of dry material per hectare per year. A third of this is wood, with 60 million cubic metres produced each year (only half of which is transformed). 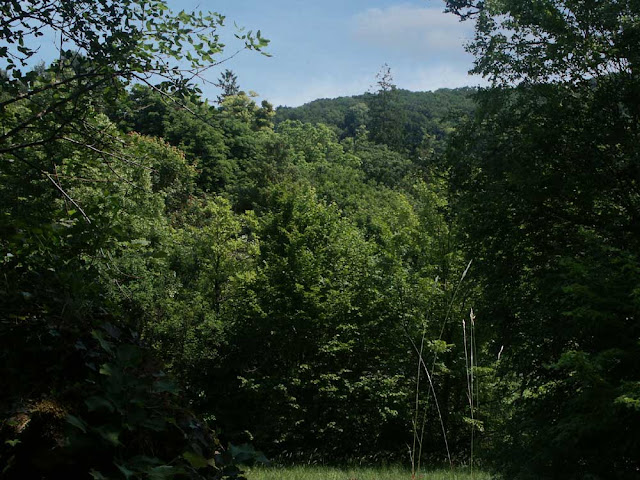 There are 30 000 species of tree in the world's forests, 136 species in France (of which 73 are native). More than a quarter of France is covered by forest (15 million hectares), which is amongst the most forested countries in Europe, and also the most divers ecologically.


In central France the three most important forestry species are Sessile Oak Quercus petraea (Fr. Chêne rouvre), English Oak Q. robur (Fr. Chêne pédonculé) and Scots Pine Pinus sylvestris (Fr. Pin sylvestre), making up over 70% of forest trees. The next biggest group is European Hornbeam Carpinus betulinus (Fr. Charme), birches Betula spp (Fr. Bouleaux), and Corsican Pine Pinus nigra subsp salzmannii var corsicana, with just under 15% of the tree stock. These figures only include semi-natural forests and do not include single species plantations (which are apparently not considered to be proper forests by whoever does the French forestry stats).

As usual, this post is very informative and, certainly, required a lot of research. I'd have thought that France today had fewer forests than two hundred years ago! I'm really surprised it is quite the opposite.

Talking about virgin forests, that reminds me of a definition of it in French given by a student at some kind of exam : La forêt vierge est une forêt où la main de l'homme n'a jamais mis le pied! Se non è vero, è ben trovato!

Interesting post. The French guy who made our gates told us that France forestry was growing all the time. We plant more than we use he said! Sounds like a good thing to me. Diane

I can imagine how easily you could fall into saying what the student did, but it is amusing.

Yes, I believe forest cover is increasing. It's mostly to do with marginal land being abandoned and converting naturally back to scrub and then forest. I don't believe we are planting more than is being used.

I suspect in the context of the source I was using 'wooded' counts as forest. ie natural woodland, as opposed to prairie or plantation. The source is a series of public outreach stuff from Franck my forestry technician contact.