Armistice Day was on Monday. In France it's a public holiday, and every town has a ceremony. This year in Preuilly it rained appallingly, and everybody got soaking wet. We went, but I left early, because I didn't fancy standing around in the rain whilst still trying to recover from bronchitis.

The parade is starting to form 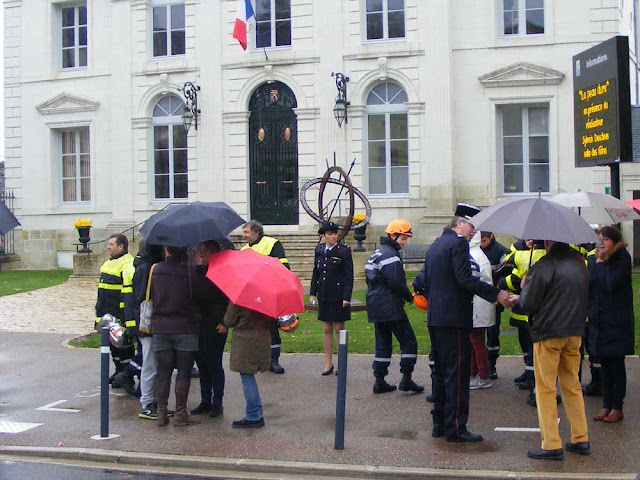 This year the ceremony was shorter: normally we would leave the War Memorial and parade to the opposite end of town for a ceremony at the Cemetery. This year (and probably in future) that part of the ceremony was cancelled because the volunteers of the Preuilly branch of the organisation Souvenir Française, which cares for the war graves and conducts the ceremony in the cemetery have disbanded. The municipal council has taken over the care of the military section of the cemetery.

Email ThisBlogThis!Share to TwitterShare to FacebookShare to Pinterest
Labels: Memorials, Pictures of Preuilly