Walking Round an Invisible Castle

The 14 March walking club outing started out along the former railway line (which is in the process of becoming a greenway), then up on to the ridge above the Claise's left bank and into a private forest before coming back down by the Chateau de la Vienne and returning along the old railway line the way we had come, a total of 12.6 kilometres. 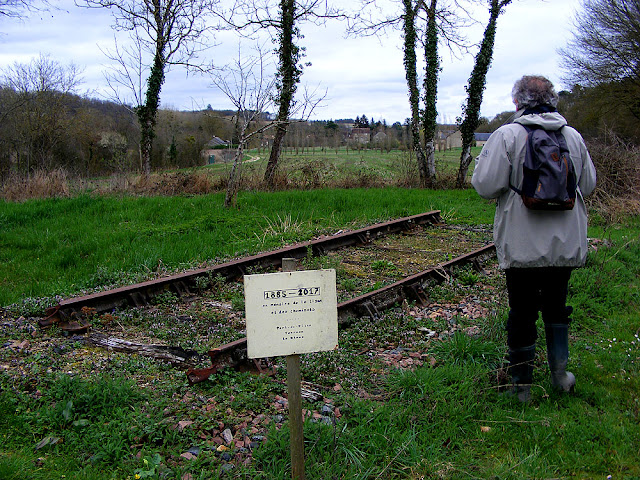 A section of rail from the old railway line,
preserved as a memorial at Etableau alongside what will become the greenway. 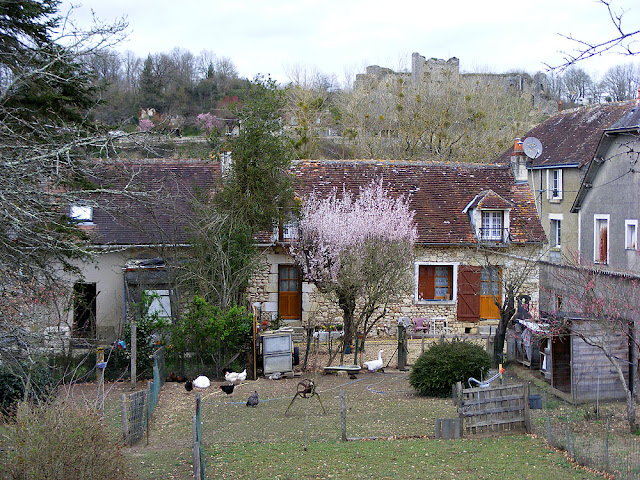 A farmyard with the ruined Chateau of Etableau in the background. 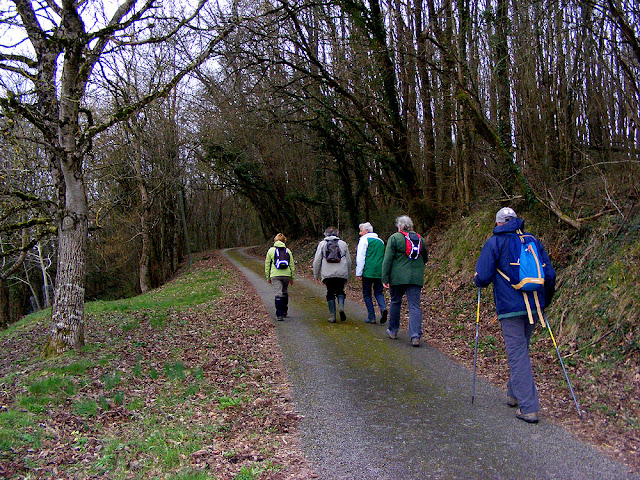 Walking up the hill on the left bank of the Claise at Etableau. 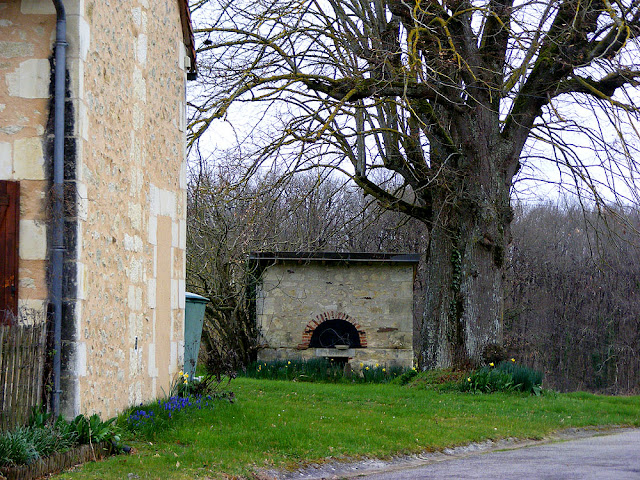 Bread oven in a garden in a tiny hamlet. 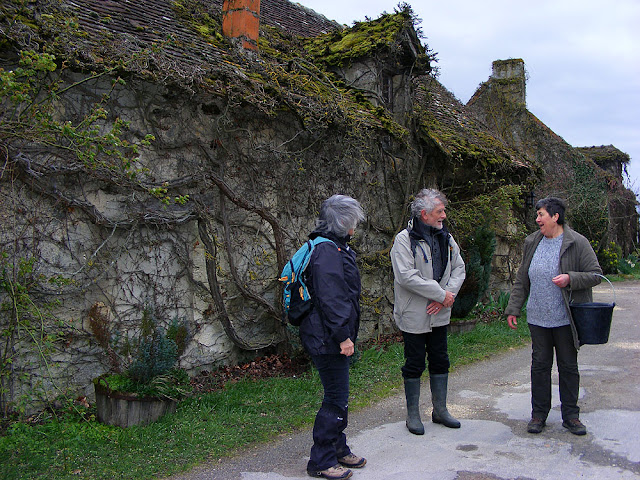 Aline and Dominique talk to the farmer at an equine pension we passed.
What a picturesque farm building they are standing in front of! 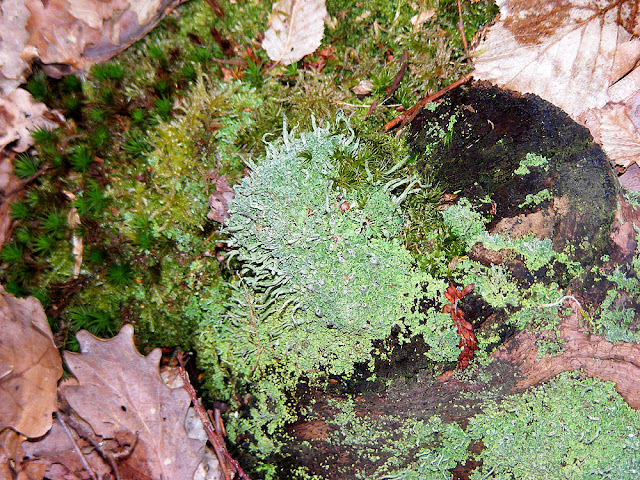 Everyone was very taken by the beautiful mosses and lichens
all over stumps and the bases of trees in the forest. 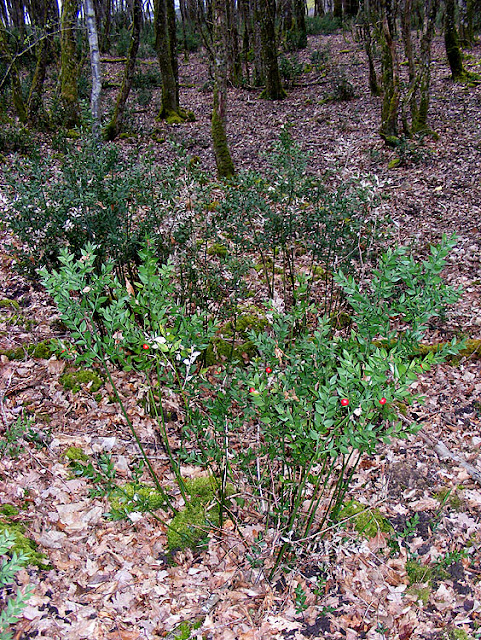 This acid soil loving plant was abundant in the forest. I was very interested that several people in our group knew it was a protected plant and respected that. Others were curious as to why it was protected, since from anyone living locally's point of view it is everywhere in the forest. I explained that whilst widespread across France it is protected almost everywhere because it is threatened by being harvested in the wild by the florist industry, as well as habitat disturbance. In Indre et Loire the law states (my translation): "The collection, harvesting, transfer by gift or exchange for payment of underground parts of wild specimens of the species is prohibited all year round." 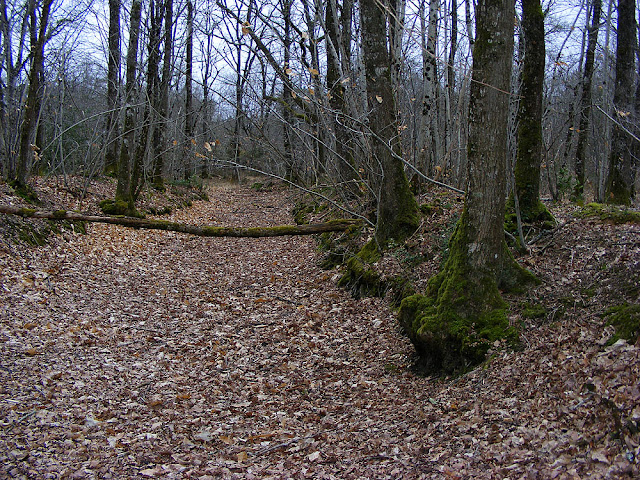 Earthworks presumed to be associated with the medieval defensive Chateau of Chanceaux.


As we entered the forest Joël asked me if I knew the Chateau of Chanceaux. I said 'no' so he said 'well, let's go and have a look -- it's just over here, hidden in the trees".


What we actually saw was a large square earthwork of bank and ditch, with some other ditches coming off it. There is absolutely no visible evidence of a building ever having been here. Joël explained that the site is presumed to be the remains of the medieval Chateau of Chanceaux, which was destroyed by the Protestants in 1569 and never rebuilt. The chateau is known to have existed, as it appears in several official documents, owned by the Villequiers family (who also held La Guerche), but there is no record of exactly where it was or when it was (presumably) demolished so comprehensively, despite it being second only to Le Grand Pressigny in importance in the area. By a process of elimination, given the site's position in a defensive line from Le Grand Pressigny to the defended monastry complex of Saint Martin, then Etableau (also destroyed by the Protestants) and Chanceaux it seems most likely that the chateau was once where we were standing. 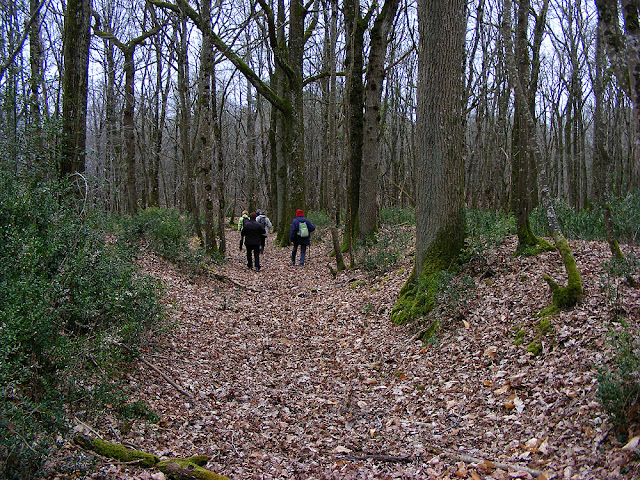 Walking down the moat of the Chateau of Chanceaux. 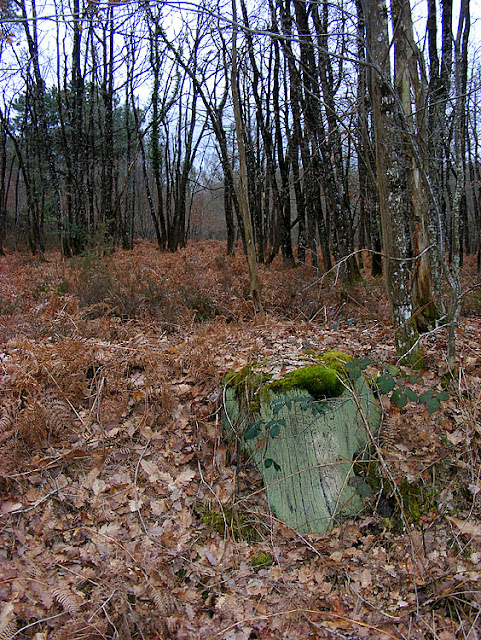 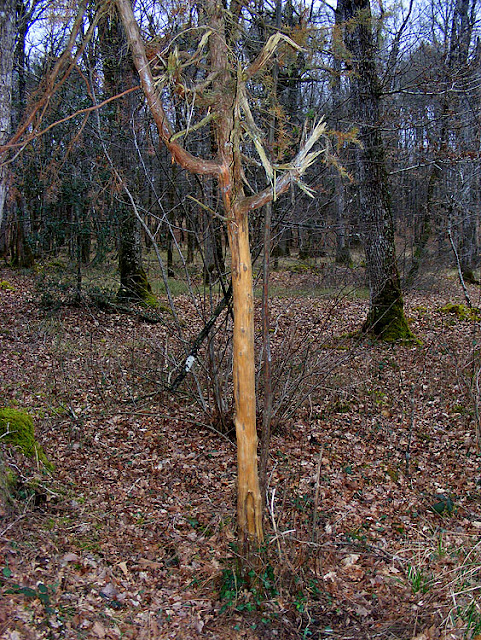 A dead Juniper Juniperus communis (Fr. Genièvre) that has been used by deer as a scratching post and to remove velvet from antlers. 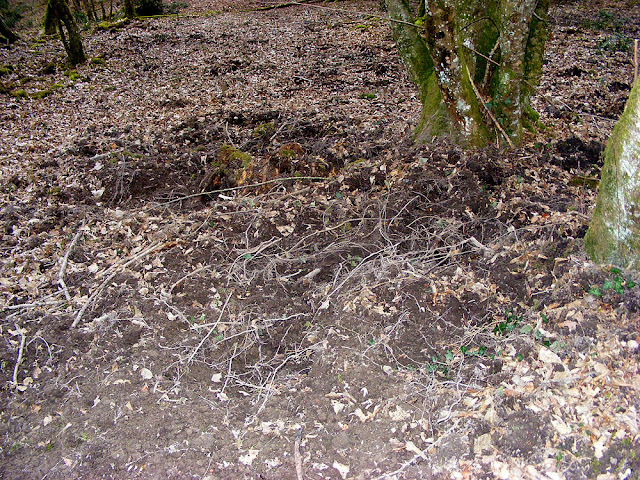 Wild Boar Sus scrofa (Fr. sanglier) have ploughed up the earth under these trees.

Denise told me that she once came through this part of the forest and as far as you could see in all directions the boar had ploughed it up. We were just commenting to each other on how little sign of boar activity there was this time, then turned round and saw this lot.

Many thanks to Joël Ventroux for sending me what little information there is about the Chateau de Chanceaux.

I really enjoyed that virtual walk and all the information that went with it. Have a good day, Diane

Thank you, glad you enjoyed it.