I encountered these Whiptail Wallaby Macropus parryi early one morning in south-east Queensland. In my youth this species was known as the Pretty-faced Wallaby, and you can see why.

Their range is south-eastern Queensland and north-eastern New South Wales. They tend to be rather paler coloured overall than other wallabies, with a bright white stripe along the muzzle, white ear tips and a pale stripe on the hip. Males are about twice the size of females.

This grassy wooded ridge where I spotted the small group is typical habitat for them. They are grazers and most active at dawn and dusk. A small mob of fewer than ten animals of different ages is usual, and this one was two adult females and an adult male. I couldn't tell for sure if the females had joeys in their pouches, but I suspect one of them did, and the male mated with the other while I was observing them.

The male making a move on one of the females on the right, another female far left. 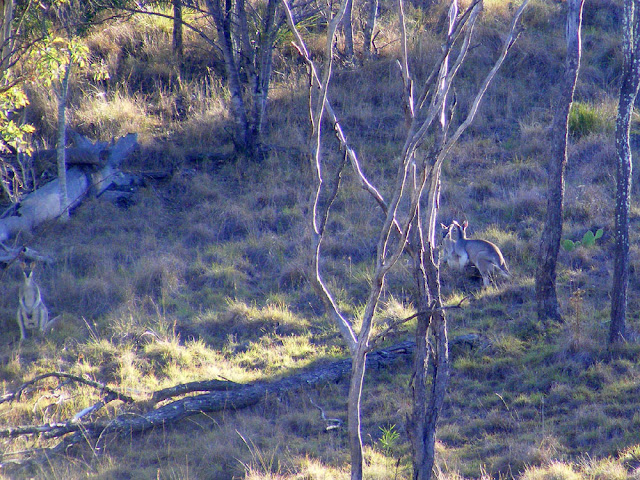 Numbers of Whiptail Wallabies seem to be stable and abundant, but they are loosing a lot of habitat due to urbanisation and agriculture in their natural range.


Still standing guard over one of the females. 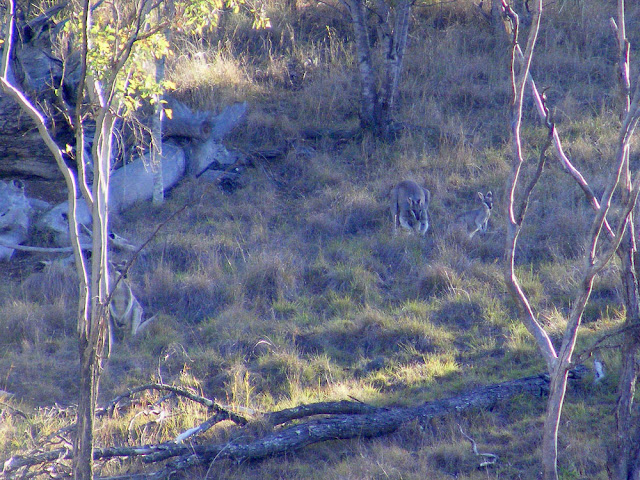 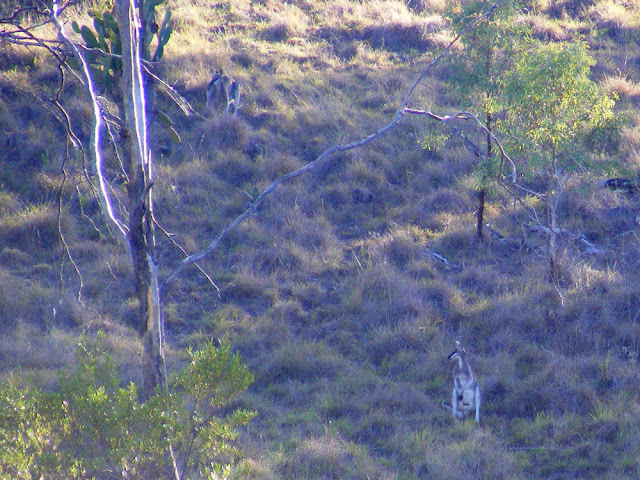 And off they all go. 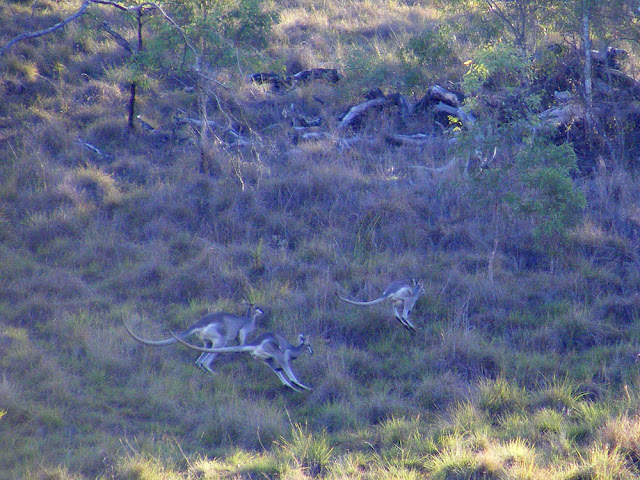