I bet you didn't know that! I didn't until I witnessed my friend Hélène's horse doing so. 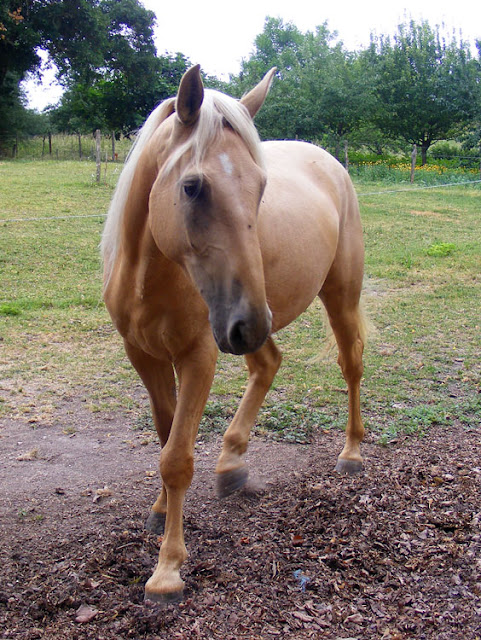 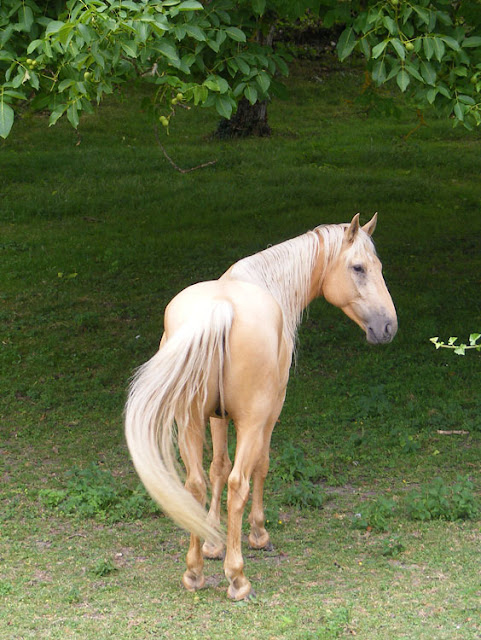 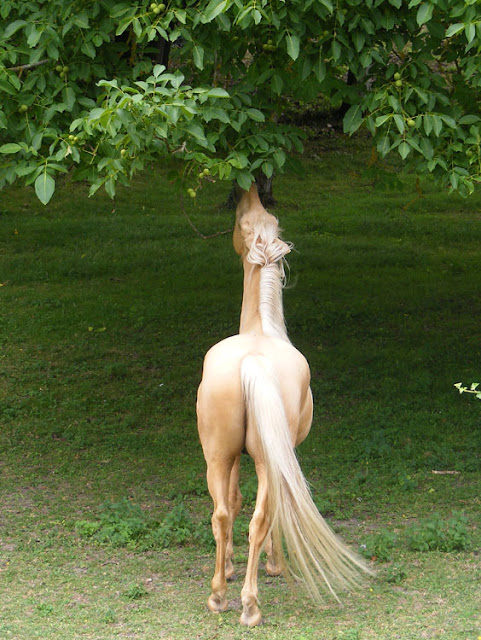 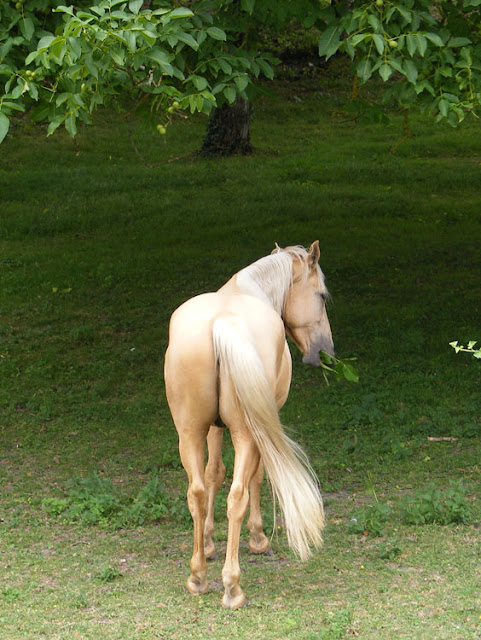 He's a lovely animal, and he wasn't just having an idle nibble. He reached up several times and pulled some leafy twigs off to munch on.

European Walnut Juglans regia leaves are used in herbal medicine. They are aromatic, astringent and bitter tasting, from the tannins and a substance called juglone that they contain. It is the juglone which gives the brown stain to everything walnut leaves touch, and it is used in the food and cosmetics industry as a natural brown colourant. The substance is similar to the colour contained in henna. Juglone is toxic in high quantities, but very unstable once exposed to the air (as evidenced by the staining changing colour from yellow to black). It may turn out to be effective against cancer -- research is ongoing.

(The American species Black Walnut J. nigra contains much higher levels of juglone and can cause nasty problems for horses, most notably if walnut sawdust is used in their bedding.)

I'm not a horse person.... but that is a very fine lookin animal!

Will you have to fight the horse for the walnuts to make liqueur?

I'm not sure if he eats the nuts or just the leaves. Anyway, it's too late to make liqueur now -- the nuts will all have woody shells by now.

Our dearly departed dog Callie loved eating walnuts. She'd pick them up off the ground under a tree along the vineyard road.

I think it's not uncommon for dogs to enjoy crunching walnuts.