It's been a bit blowy of late - yesterday the winds were gusting around the 110km/h mark (about 70mph).

Susan and I popped out in the morning to attend to various matters locally, and by the time we were walking home it felt really dangerous - we could hear things flapping and banging, and we were rather in fear of being hit by flying debris.

Once we reached home the wind was really whistling through the wires, the lights were flickering, and shutters were banging. This means that we didn't hear the main event of the day (for us, anyway).


The brickwork on next door's garage has never been convincing.
It is now less so... 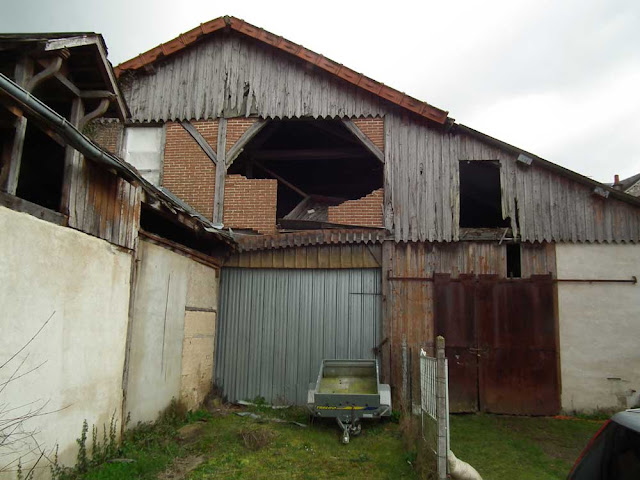 How it looked in September 2010 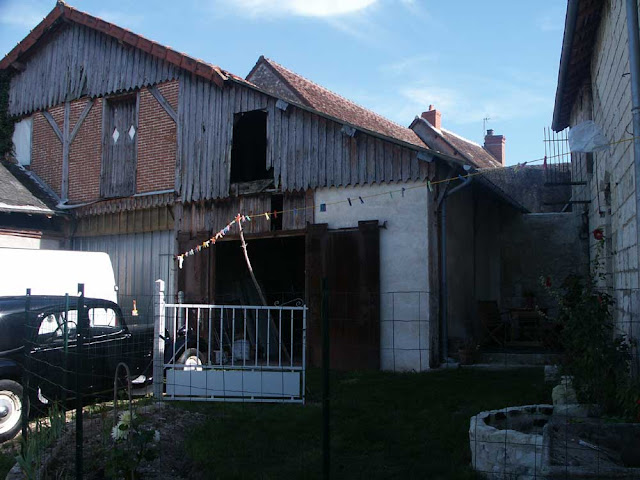 We were rather worried, as Claudette is currently in our garage. Luckily, there is a wall between us and next door, and our garage space has a sort of ceiling made up of 2 inch thick planks. Claudette is covered in the remains of the hay that was stored up top from the days when the garage was a stable, but that's no big deal.

A couple of weeks ago I mentioned to Susan that when the garage next door comes up for sale again we should think about buying it. With any luck it will have a new wall by then.

Email ThisBlogThis!Share to TwitterShare to FacebookShare to Pinterest
Labels: Our house in Preuilly, The Car and Driving