The Year of the Water Snake Begins 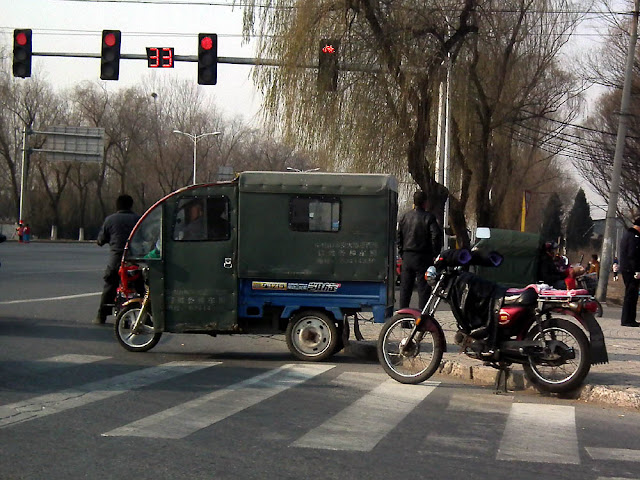 In the absence of any pictures of water snakes with which to acknowledge yesterday's Chinese New Year, I have opted to post these three pictures of trikes, taken when we were in China briefly in December. 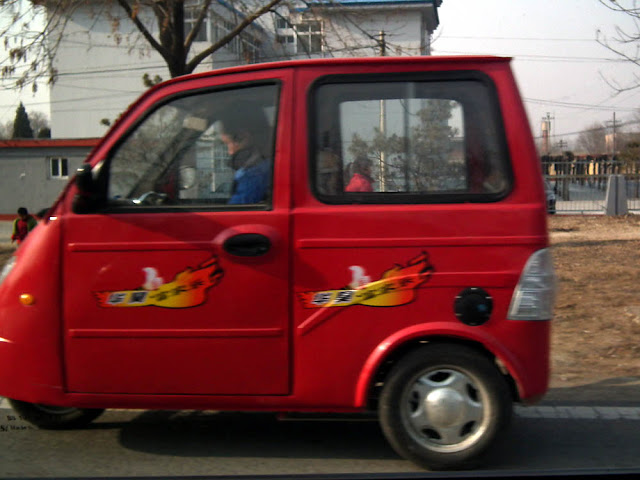 Trikes of one sort or another -- diesel, electric and pedal powered -- are everywhere in China. They look so practical -- I really want one for pootling up and down to the orchard with tools and produce. 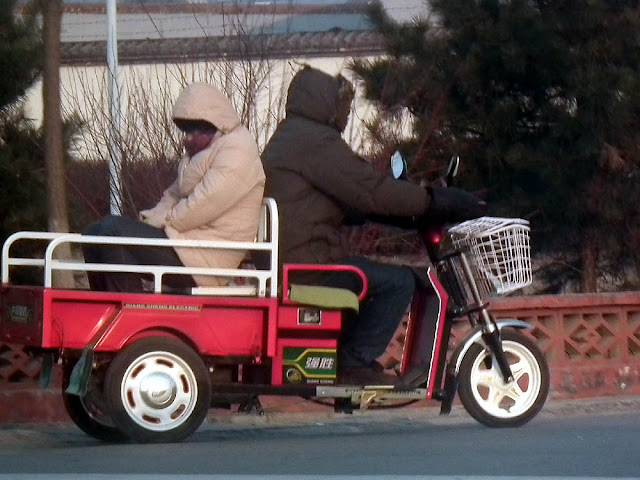 We really fancy having an electric vehicle -- not necessarily like the one above, but the Scenic is getting old and is really bigger than we need now. Dreaming of an electric future has been greatly fuelled by watching Robert Llewellyn's Carpool (which if you've never seen, we highly recommend -- the guests could be anyone from comedians to scientists, but it's the shows with people like Diarmud O'Connell from Tesla and Chelsea Sexton from 'Who Killed the Electric Car' that will make you want to go out and buy an EV immediately).

Brings back memories of the Reliant Robin and being a passenger in one when canvassing in rural East Anglia on roads with grass down the middle...

Fly: yes, I can imagine some of them have a certain Reliantesque quality.