Taking Advantage of the Good Weather

The other day there was a rare glimpse of the sun, so I nipped down to the orchard. I needed to empty the kitchen compost bin and tidy up some prunings. I haven't been able to get up the laneway in the car for a couple of months and when I got to the turnoff, not only was it even more churned up than ever, but there was a large pile of laurel prunings at the end of the ruisseau. 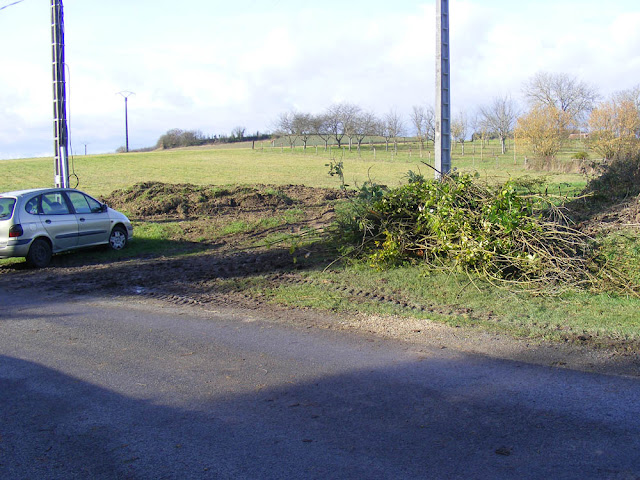 I could see who was responsible for the prunings, as they were still at it. The orchard is kind of diagonally opposite the Preuilly sewerage works. The sewerage works is discreetly shielded by a huge laurel hedge. The hedge was badly 'scorched' in last winter's cold, so this year it is being ruthlessly cut back to encourage thick new growth from the base in the spring.

After parking the car by the prunings I walked up to check with the men in the cherry picker that it would be OK to park where I was. 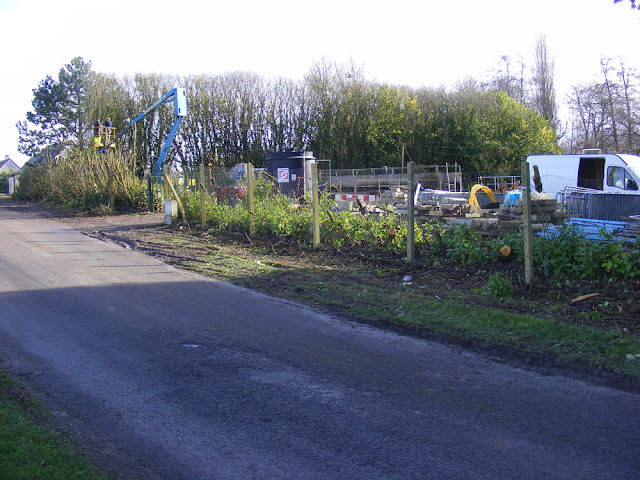 'No, we will be here all afternoon. It will be a real nuisance if you park there.'

'Listen, that's my orchard over there and I want to spend an hour or so working in the orchard. Shall I park here by the fence, where you've already finished?'

'Oh, no need for that, just stay where you are. After all, you have to take advantage of the good weather when you can!'

I couldn't decide whether they were just teasing me with their first response (entirely likely, although they did seem a bit grumpy). I actually think the real reason for the change of tune was that having discovered that I had a perfectly good, French type of reason for wanting to park there, rather than some weird inscrutable Anglo reason, I was deemed worthy of their favour. By the end of the conversation we had discussed the technicalities of laurel hedge management and they cheerily waved me on my way.
Posted by Susan at 09:00

But don't you find how often if you go on to a second sentence the initial wariness disappears...

Hmm...maybe. I find that there are two sorts of French men in terms of their dealings with women -- the serious ones who see themselves as intellectuals and never smile in case you think they are a grinning fool, and the ones who treat everything as a joke and whose response to a question from a female is to tease and clown around -- usually obviously, but sometimes with very straight faces. The stereotypical ultra-charming Frenchman is a refined sub-set of these jokers.