The Invasion has Commenced 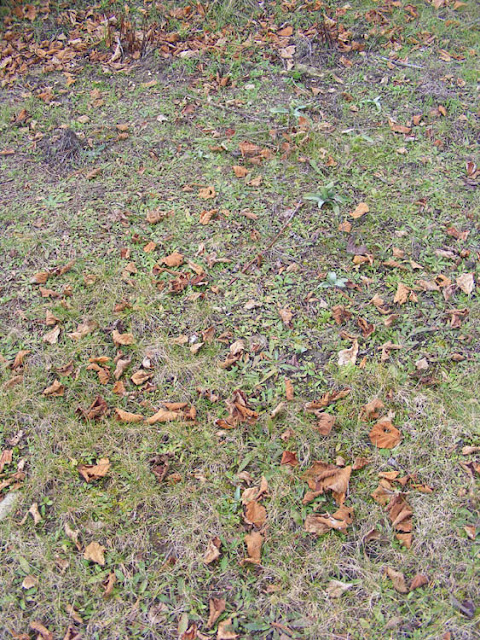 You probably think this is the most boring photo I've ever put on the blog. I, on the other hand, think it is an extremely interesting photo. You will probably partly guess the reason if you look at the same photo with certain plants highlighted. Yes, they are orchid leaf rosettes, but it is where they are that is of most interest to me. 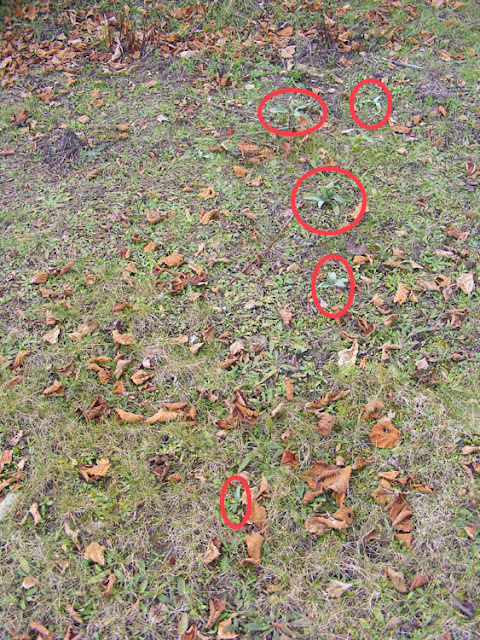 These orchid leaf rosette clusters, and 15 others, are inside the potager fence. They've appeared in the last 10 days or so. They are the first orchids to appear inside the potager rather than out in the orchard. I think they are probably going to turn out to be Bee Orchids Ophrys apifera, in my opinion the toughest and least fussy of the local orchids, and already very common in the orchard, including just the other side of the fence to these. They are also one of the prettiest local orchids, so that will be another bonus. The pattern of the potager rosettes is a bit like one of the nearby orchard orchids 'sneezed' a load of seeds in a fairly narrow stream through the fence and into the potager.

I've been wondering how long the orchids would take to migrate to the potager, and even if they ever would. Now I have my answer.

Is there a way you can transplant them to a more convenient location for you and not detrimental for them? Or will you have to PACS them with carrots, onions, garlic, leeks and other exotic vegetables?

chm: they are in the grass verges of the vegetable plots, so no need to move them. I'll just mow around them like I do for the orchard ones.

We watched them advance on us from the rough ground into the lawn area and we too mowed round them.

It was always a pleasure to see the advance parties.

Fly: the orchids are loving all this wet -- even if nothing else is!