The Citroën DS was first shown at the Paris Salon of 1955. In the first 15 minutes of the show Citroën had 743 signatures, and by the end of the first day over 12,000 orders were taken.

The DS was Citroën's replacement for the Traction Avant (i.e. Célestine) and was designed by the same man. Everything apart from the engine was new and innovative: the shape (naturally), the suspension (hydraulic and self levelling) the gearbox and clutch (also hydraulic) and they even managed to re-invent the wheel...

For some reason, this year Retromobile was celebrating the 1955 Salon and had a remarkable selection of DS's to drool over, including: 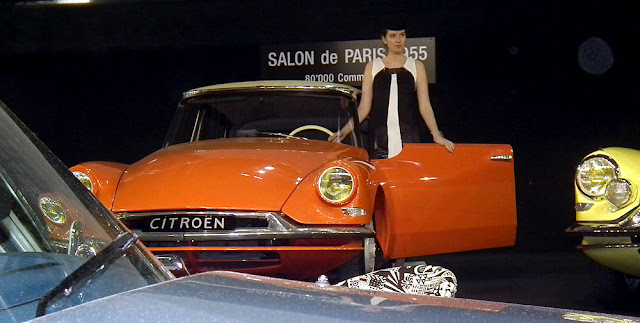 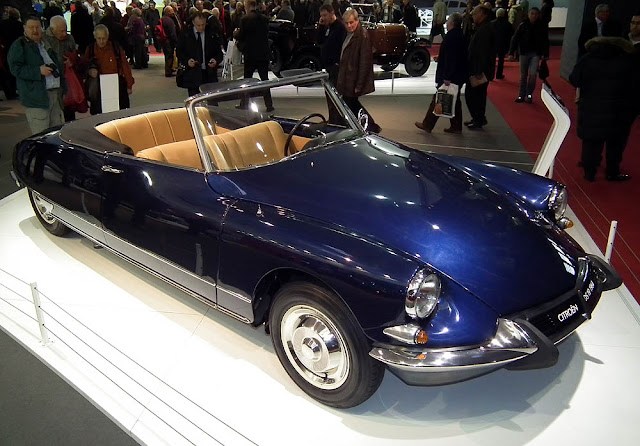 Breaks (station wagons, known as the “Safari” in the UK) 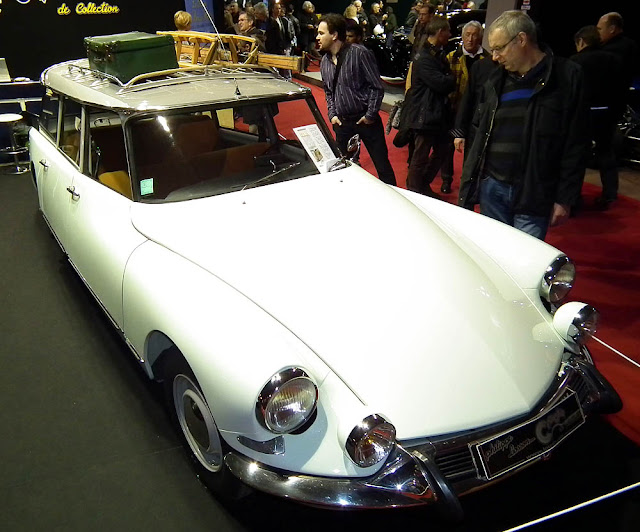 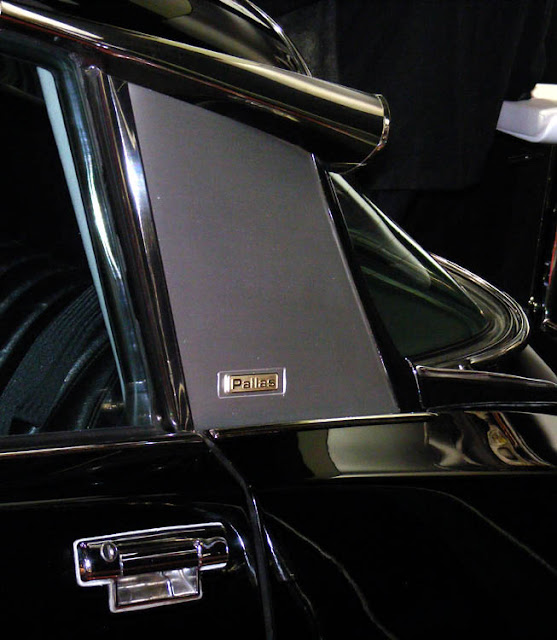 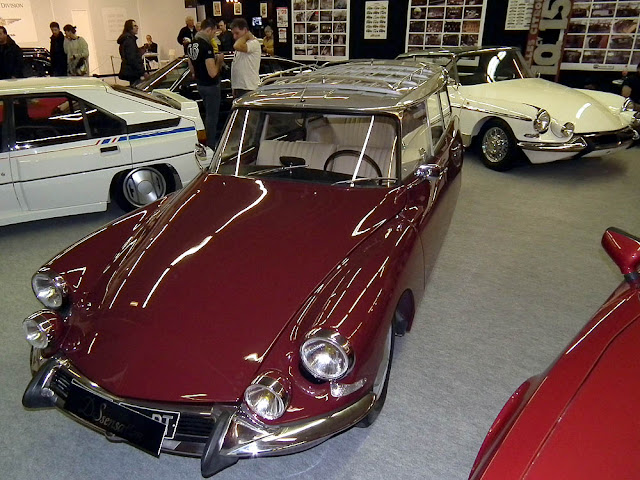 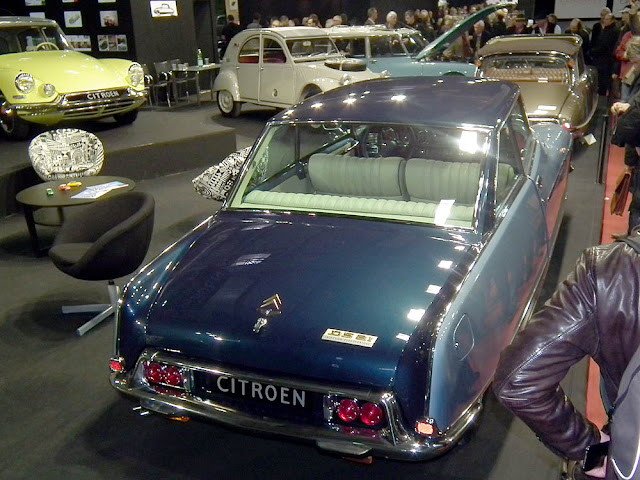 And re-inventing the wheel? This one. 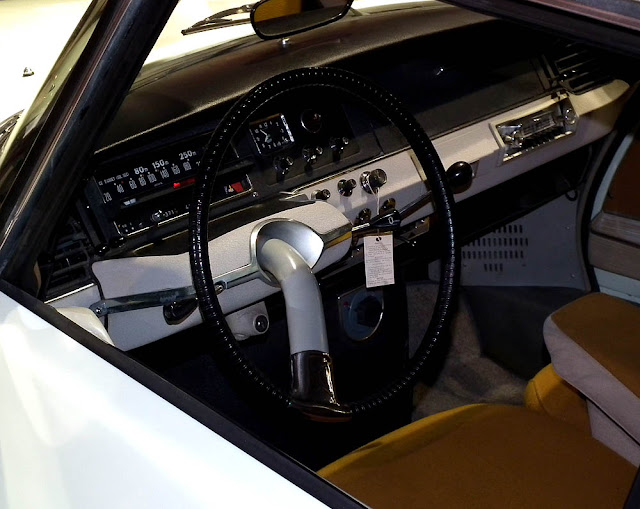 We quite like the DS. Not sure it is the best backup car for Célestine, but as a 1950s vision of what the 21st century should look like it's pretty spot on.

The DS19 is the ULTIMATE design... let's face it, the damn things still look modern. Even the Safaris...
And you saw a "flying saucer" as well... but I don't like the Chabron designed back ends!

Those "peug"-ugly monsters that call themselves the DS Range are poor alterations of quite attractive existing designs... but with the addition of a very ugly front end...

If they came out with a truly original DS... a retro-copy of the 21 or 23 to give a smooth line so demanded today... they'd be onto a winner.

Let's face it Fiat have recreated their iconic 500 to such an extent that you have to look twice if one is approaching from a distance to get the size right.

Come on Peugot, let the Cits have their freedom!! You are holding their designers back [if any are left that is!!]

Great Car but a bit big for us.

That's an interesting 2CV with the spare on the bonnet and what looks like the petrol filler in the door???

I'm sure Celestine would not mind sharing her bedroom with a DS.
Mine was red with the white fibre glass roof and I enjoyed driving it so much. It was different in a world of Holdens and Fords.
Thanks for sharing.
Leon

Colin, the 2CV you are refering to is a Sahara... like real Land Rovers the petrol tanks are under the front seat... yes, tanks! Because the Sahara has two engines... one at the front... and one at the back... where your spare wheel is!! Hence the spare mounted in a recess on the bonnet. That one looks like a very well restored MkII... the first ones you opened the doors to fill the tanks... err!? Cost you an arm and a leg to get one of these... and someone else's arms, head and legs!!
It was also the only 2CV with a floor-mounted gear lever as standard...

We had alift in a DS in Ypres once - like a flying feather bed. They really look the part, too!

I remember that wheel on an Ami....and the lack of power of the blasted Ami too.

Thanks Tim. I won't be on the lookout for one then!!!