It's rained a lot this October. I don't know exactly how much we've had, but talking to friends and neighbours, it seems to be somewhere in the vicinity of 130 - 150 mm just over this weekend alone (and it must have rained about the same amount the previous weekend). And the temperature is regularly getting up into the low 20s. It is apparently shaping up to be the warmest October since sometime in the 1850s.

As for the rain, it has to be several multiples of our average for the month. The stream in front of the orchard is flowing again -- strong and clear. At least we are not flooding like the famous pilgrimage site of Lourdes in the far south-west. 'Bernadette -- she's up to here,' (hand gesture to indicate eye level) 'and the water is lapping at the feet of the Madonna', a neighbour tells us. 'The cleanup will cost hundreds of thousands.' 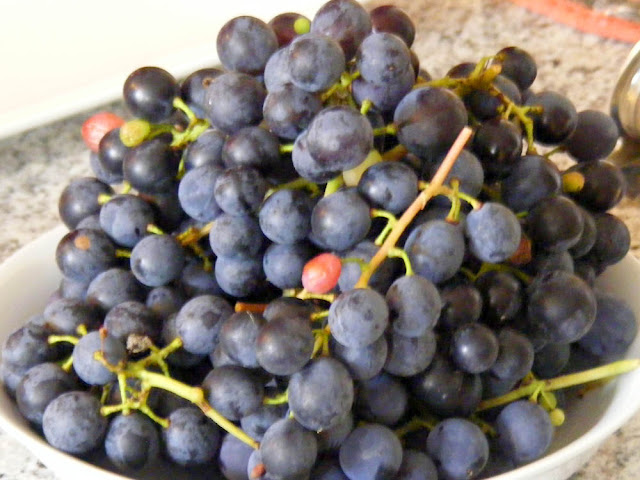 The grapes from the orchard continue to 'give', as the French say, seemingly unaffected by the warm wet weather and showing no signs of fungal disease. They have a distinctive and strong musky honey scent, very noticeable when Alex mowed and the mower ran over windfalls, and are pronounced delicious by everyone we offer them to. 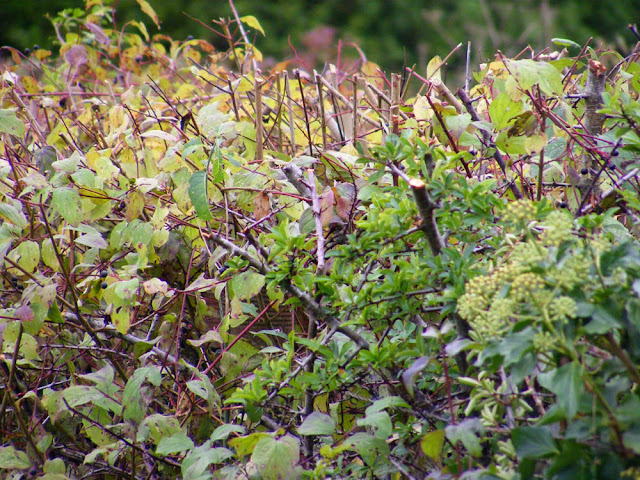 The overgrown and out of control hedge at the front of the potager has been properly pruned, with loppers and a sharp hedge trimmer, not these dreadful flails that the farmers and local authorities use. The pyracantha was a challenge -- Alex got stabbed on the head by a 5 cm spike on a falling stem. I made him put on eye protection to finish the job. We both had spikes go through our rubber boots -- so that's a slow leak next time I have to stand in a stream... Alex was worried the spikes were strong enough to puncture the mower's tires, so Nicole spent some time carefully raking up every bit before he mowed. 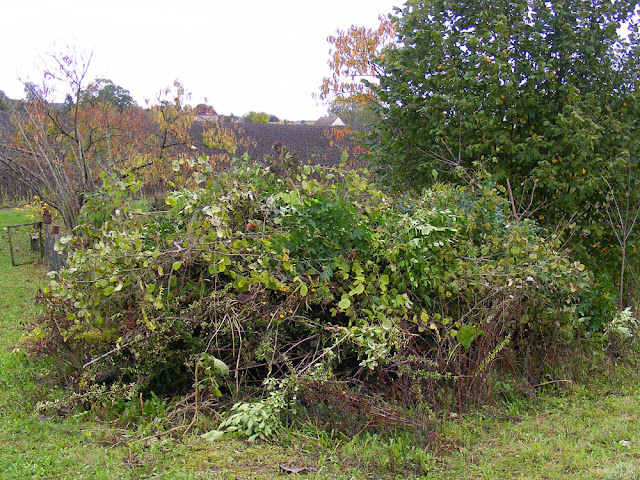 The pile of clippings -- to be burnt one crisp clear day in February. 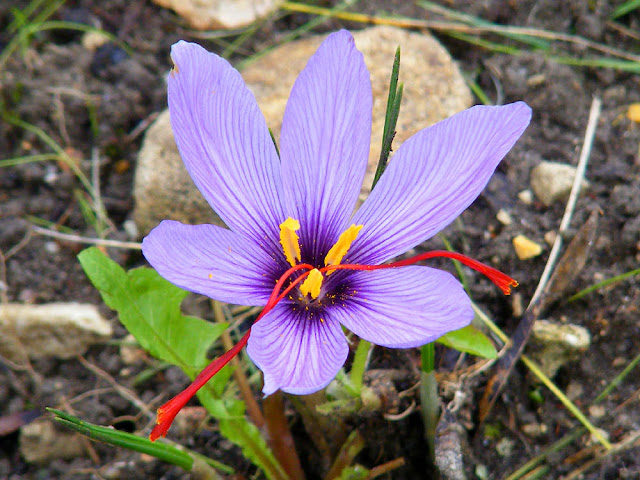 I weeded the saffron bed in the nick of time -- the rain has triggered an almost instantaneous response, and flowering has started. They flower before the leaves appear and must be picked daily. Yesterday there was no rain, and even quite a bit of sun. The predicted few days like that to come will be ideal for them, especially if there is a dew each morning. This one from yesterday is in perfect condition. Probably I won't get more than enough for a single dish, but it is always a thrill to harvest such an exotic and expensive spice in my own garden. 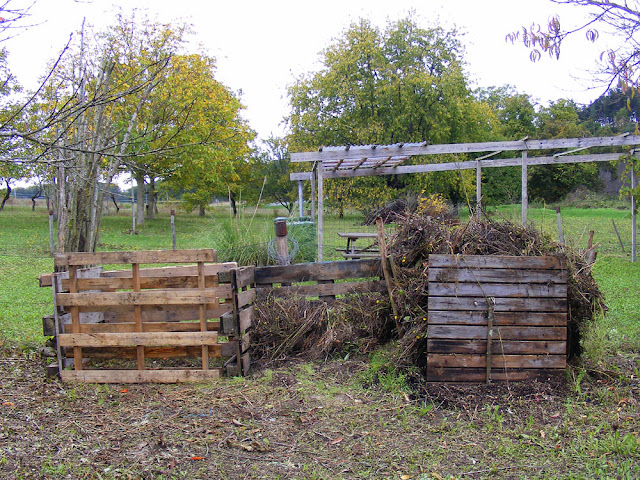 The new compost bins -- a wonder to behold (and will be full depressingly quickly if I get the rest of the potager weeded anytime soon).
Posted by Susan at 09:00

Susan... as the hole is new and fairly clean... why not try some of Simon's "Captain Tolley's Creeping Crack Cure" on it...

If you really had that much rainfall down there, you have had at least twice as much as we have got.

Ken: Hmm...seems unlikely doesn't it. We must have had at least 100mm Fri-Sat though based on the most conservative estimates. Most people don't know exactly what they had, as their rain gauges kept filling up and it was too wet to go out and check them.

First time I have ever sseen
a close-up of saffron threads
on a crocus. No wonder it's
such a thrill to discover and
to pick them. Hope they're
multiplying.

Our gauge never filled up. We check it often. We had about 40 mm over the weekend, and we've recorded about 140 mm since early October. But as we know, your climate in Sud-Touraine is different from ours around Saint-Aignan.

and if Tim's boot-hole remedy doesn't work, there's always duct tape. Good for just about everything.

Ken: yes it is always amazing how different the weather can be from here to your's.

Emm: make do and mend, eh? We always have duct tape, but given that the boots only cost €7, perhaps a more elegant solution is to buy new ones :-)