Some Fungi For the Weekend

Just in case you can't make it to the Fungi Foray in the Foret de Loches today, here are some I photographed earlier. These were all taken on a forest trail near Yzeures on Thursday. Note that the IDs are tentative, and I am definitely not an expert on fungi. I am only too willing to be corrected (or to have my IDs confirmed) by people who know more than me. 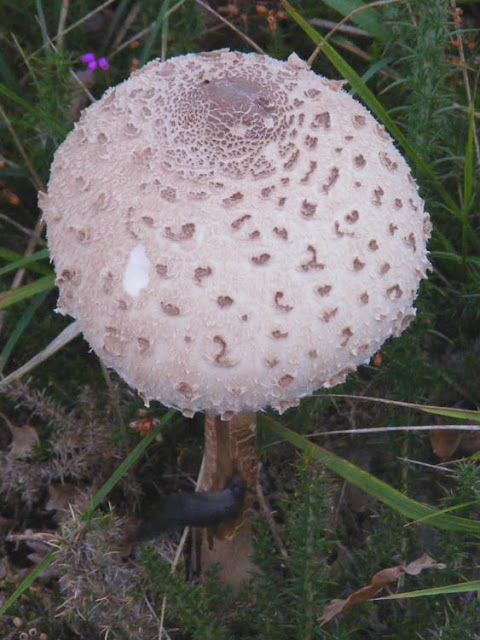 This species is apparently difficult to mistake for any other. Its only lookalike here is the Shaggy Parasol M. rhacodes, which has a plain stalk -- unlike this specimen which has the brown patterning on the stem typical of M. procera. Parasol Mushrooms are edible and said to be popular for their 'attractive meaty flavour'. 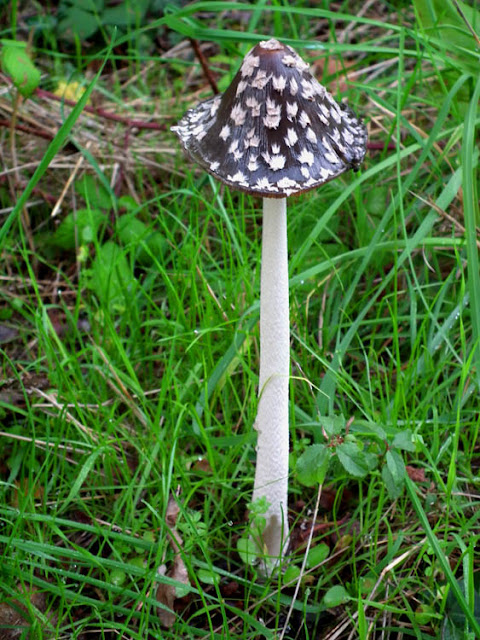 I have no idea what this is, but it was one of a group of half a dozen or so growing along a hedge/fence line. It was close to 25 cm tall, and the most striking species we saw on our 7 km walk.
UPDATE: Magpie Inkcap Coprinus picaeus. See Tim's comments below. 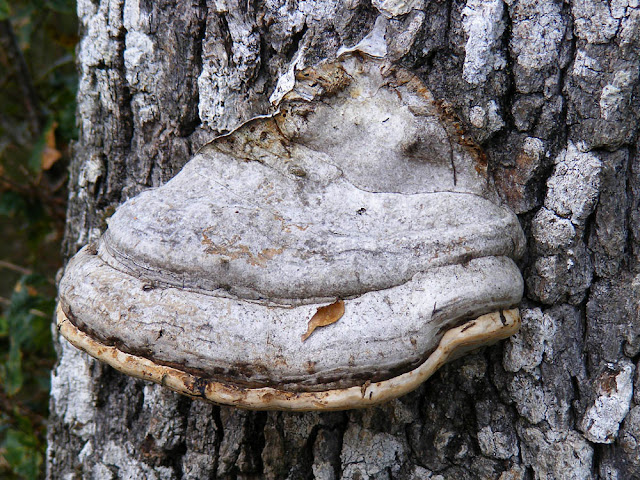 I think this is probably a Hoof Fungus Fomes fomentarius. It infects trees, in this case an oak, already weakened through other causes, and finally kills them. Its alternative name is Tinder Fungus, and from prehistoric times it has been processed to create a material used as tinder for firestarting. It can also be turned into a sort of leatherlike sheet used to make gloves, hats, breeches and other clothing. The 5000 year old corpse of Otzi the Iceman, found frozen in a glacier in 1991 on the Austrian - Italian border, was carrying some of this tinder. Hoof Fungus is not edible. 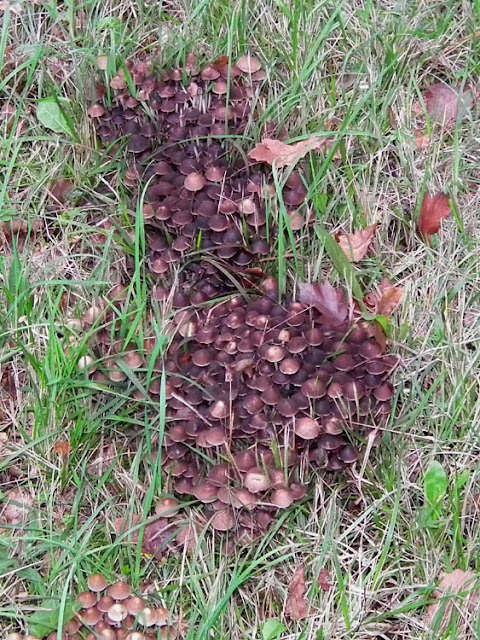 I think this elfin city is made up of Common Ink Caps Coprinopsis atramentaria. They are supposedly edible, although poisonous if consumed with alcohol. Frankly, they don't look appealing, with or without a nice glass of Saint Nicolas de Bourgeuil. 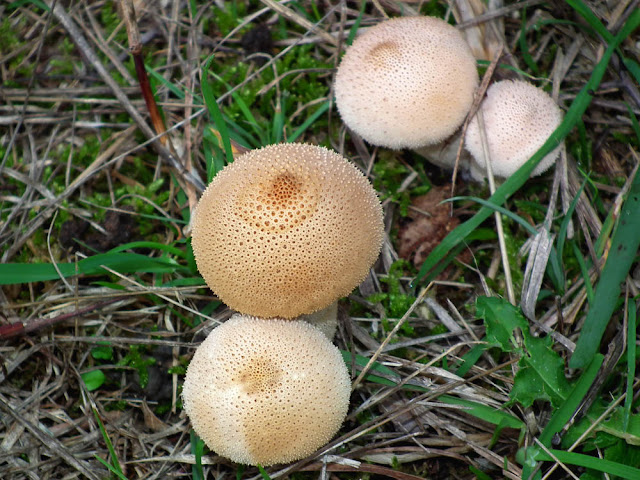 These, I believe, are Warted Puffballs Lycoperdon perlatum. They are edible when young and their solid white flesh has not turned to brown powder. This is a good beginner edible mushroom foragers species, as you can easily test it for comestibility -- cut it in half vertically and check for signs of discolouration after a few minutes or developing gills. If you see neither of these things you can eat it -- one of the few wild mushroom species I have been brave enough to identify and eat by myself. 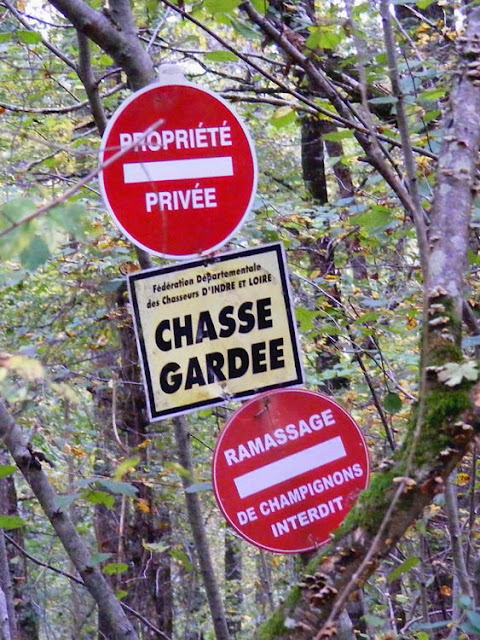 Private property, private hunting, mushroom picking forbidden -- but only if you step off the public path into this person's woods.
Posted by Susan at 09:00

The dark inkcap with the white spots is Coprinus picaeus... beautiful, isn't it!

And the elfin city is not C. atramentarius... too small and crowded... it looks more like Psathyrella hydrophila, multipedia or conopelia... anyway inedible and can be confumbulated with much more dangerous species.

I've just remembered the 'common' name of the Coprinus above... Magpie Inkcap... I'm pretty certain this is a poisonous one.

I agree about the magpie ink cap. Why am I good at identifying and finding non-edible mushrooms! I'm a fan of the parasol mushroom. Easy to find and spot. I also had lots of those little fairy mushrooms in my garden last year - so good to find out what they are!