Restoration of the Church at La Celle Guenand

The church at La Celle Guenand is in a really bad state and has been closed to the public for a couple of years. Luckily it was one of the early winners of money from Mission Bern, an ambitious nationwide programme to save heritage buildings at risk, fronted by the television presenter Stéphane Bern.

The church has looked like this for about year now. 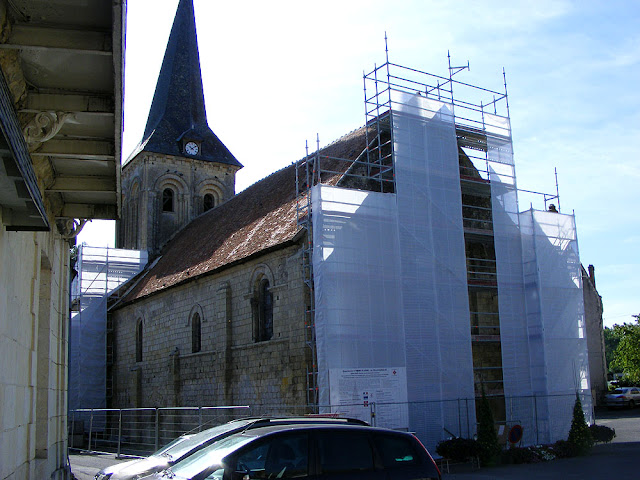 The church has been listed as a historic monument since 1908, and is a remarkable Romanesque edifice. It represents a rich and stratified architectural history, with vault styles from virtually every Medieval period. In addition the church has sculpture from the 11th to the 15th century, with some rather unexpected iconography, and painted decoration, particularly in the choir vault.


The choir roof will be replaced and the walls of the choir, sacristy, north transept and western facade repaired, as well as the forecourt and external surroundings. Interiors will be cleaned by a partial removal of the render. These works will allow, in the short term, the worst problems to be fixed and the western door to be re-opened.

The work programme will be:

Mission Bern is funding the project with a grant of €473 000 and the Ministry of Culture (DRAC) will offer a further 10% of the total cost. The Fondation du Patrimoine is taking public donations to make up the rest.

Stone conservators taking samples to be analysed in the laboratory. 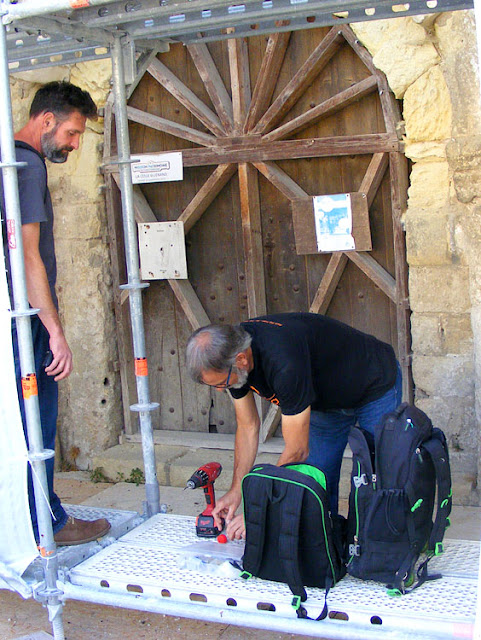 The origin of the church of Notre-Dame de La Celle-Guenand goes back to the last quarter of the 11th century, according to the oldest archival documents. Until 1570, the village of La Celle-Guenand was divided into two châtellenies giving rise to two separate parishes for a single church. This being the cause of a series of disagreements, the archbishop of Tours suppressed the parish of La Celle- Guenand in 1779. This is all we know about the history of the church.


The building presents an almost complete catalogue of medieval vaulting systems and a rich carved decoration dating from the 11th to the 15th century, sadly in a state of ruin. The history of this important church is largely Romanesque, and it is a notable example in the Touraine region. The present sacristy of the church was a seigneurial chapel. The nave, according to all the authors who have taken an interest in this edifice, would have been built in two stages, initially limited to the dome span or the area to the east of the staircase (attached later to the south), then enlarged to the current facade. The decorations on the capitals of the church attributable to the 12th century are not consistent with the dating of the vaulting in the west bay. The relative chronology of the currently visible vaults is probably spread over two centuries. Nevertheless, the façade of the church is pure Romanesque and is the building's most famous feature. It does not seem to have undergone any substantial restoration. Its structure is quite classical with three sections. The bell tower of the church may have been built on older supports whose cross-sections were sufficient, but the materials were not very durable. The most interesting part is at the level of the belfry above the upper part of the cross dome.


The church of Notre-Dame de La Celle-Guenand is therefore a remarkable archaeological example of Romanesque art in the Central Region of France or more particularly in Touraine and is one of the oldest buildings of its kind representing a piece of heritage of great value and undeniable historical importance that needs to be restored and saved.


We've never been inside this church, although we pass it regularly. But our friends over at Loire Valley Experiences were lucky enough to find the door open one day some years ago and have photos of the interior if you would like to see them.