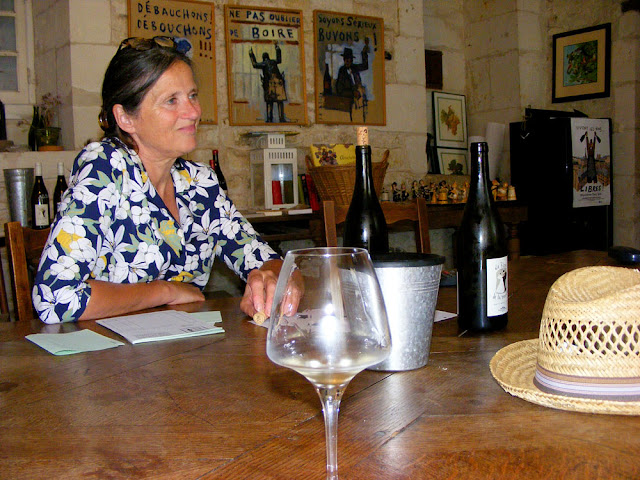 Back in the summer London Bruno brought an interesting sparkling wine to one of the Claise Connexion apéro soirées. He'd got it from one of the sommelier Xavier Fortin's July wine festivals in Le Petit Pressigny, where wines up for selection in our local Michelin starred restaurant are showcased. It was a natural wine, made from a blend of cabernet franc and chenin blanc grapes. Not being a traditional wine for this area, by law it cannot be labelled with an appellation d'origine controlé, but can only be labelled as the lower status Vin de France. That seemed a shame, as it was an intriguing wine, and a very nice example of a winemaker just ploughing ahead and making the wine he thought was good rather than slavishly sticking to the traditions and rules of the appellation system. I was so impressed I made a note to go and visit the winery sometime.


Célestine outside the winery. 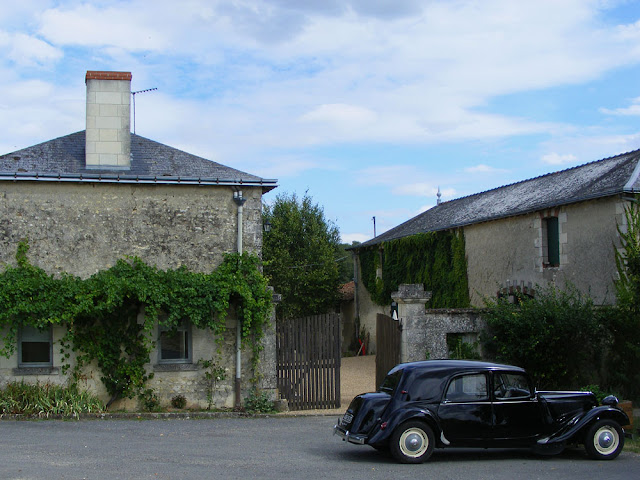 A few weeks later I got the perfect excuse to do so, as we received an enquiry for a tour from a chef and her wife. We asked them if they wanted to go somewhere a bit unusual, and off the beaten track, and help us by giving us some feedback on the experience. They were happy to oblige and of course we priced the tour accordingly.


The surrounding countryside (with some rather pongy melons middle distance).

I rang the winery and arranged a time. I strongly suspect Pascale, the owner, thought we would not turn up. When we arrived she was nowhere to be found, but eventually emerged from one of the barns. It took quite a while for her to warm to us, but finally we convinced her that we knew something about wine, the local area and liked much of what she was offering us. In the end, between us, we bought about 400 euros worth of wine. 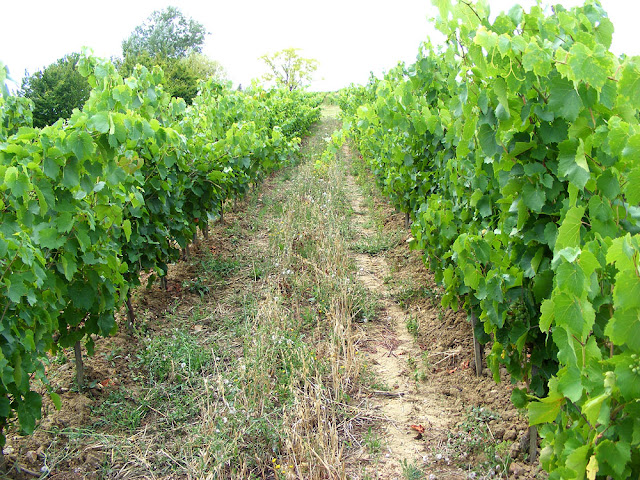 The sparkling wine I liked so much is called Milliard d'étoiles ('billion stars'). It's made from 40% chenin blanc, 40% cabernet franc from the current vintage and 20% of a still wine aged for a year in a barrel. It's bottled and left for a year to develop bubbles, then riddled by hand (which takes a month) before disgorging.


The bell adds a touch of gravitas I feel. 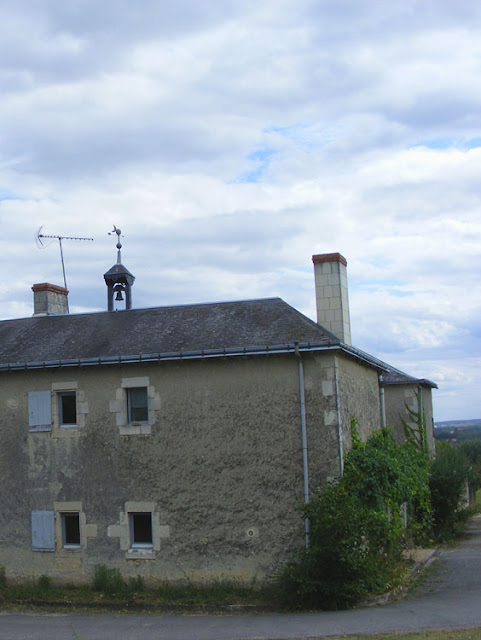 
Simon had severe truck envy when we discovered this in one of the outbuildings.

Vines have been grown at La Garrelière for three centuries. It's a low hill, not far from the historic town of Richelieu, in the Touraine AOC, surrounded by a mosaic of woods, truffle orchards, asparagus and melon fields, and cereal crops. The vineyard has been biodynamic since 1993. The very modern labels are designed by professional artists who are family members and friends.

Email ThisBlogThis!Share to TwitterShare to FacebookShare to Pinterest
Labels: Food and Drink, Richelieu

I think the clients were happy. They certainly got something a bit different to our standard tours.