The Chimneys of Mount Moffatt

Mount Moffatt is in Queensland's Sandstone belt (Queensland has more than one belt, there is also the Granite Belt just south of the Darling Downs). Because the rock is sandstone and it's a geologically old part of the world, the sandstone has weathered into many strange shapes. We didn't see all of the features, there also an arch which we couldn't get to for lack of a Four Wheel Drive vehicle. 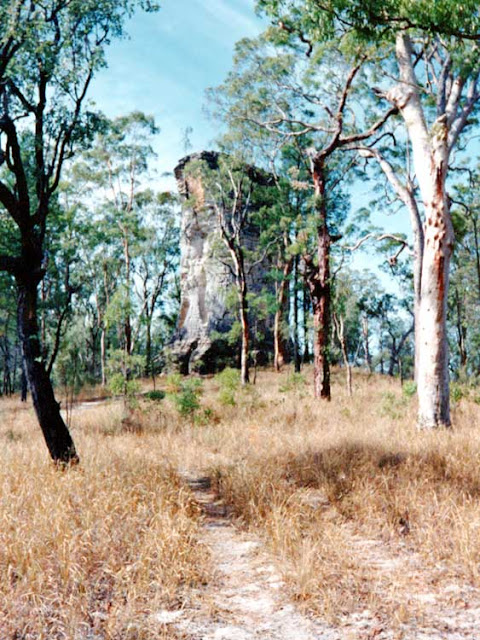 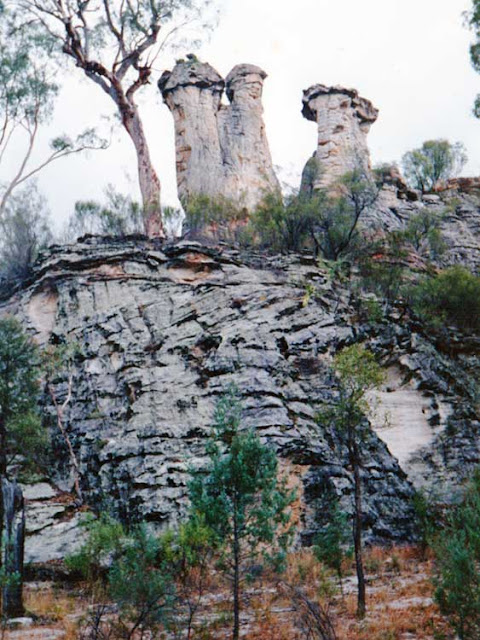 Which leads us to an interesting point - many of the tracks I have driven in the past are now either restricted to four wheel drive vehicles, or recommended only for four wheel drive vehicles. (This includes the roads to Mount Moffatt). I've never owned a four wheel drive car, nor ever felt the need for one. I suppose it's because I am more or less sensible and prepare my cars before I go offroad, and I know the limitations of both myself and my cars.

Reading Australian newspapers it appears that too many people have lost respect for the bush, and what is needed to survive in remote areas. It is getting increasingly common to see reports of people becoming stranded, lost, or otherwise seriously inconvenienced (and inconveniencing the rescue services) by assuming you can just drive where you want. I'm not sure that having 4WD helps people who don't prepare.
Posted by Simon at 09:00

Offroad vehicles are the scourge of the planet. In the deserts of Southern California they destroy for good the fragile environment.

It does seem that a certain sector of 4WD ownership lacks imagination and a sense of responsibility, and one suspects, much skill at driving the vehicles.

In Southern California you could see all those 4WDs, notably, go up and down fragile sand dunes just for fun! No useful endeavour there.