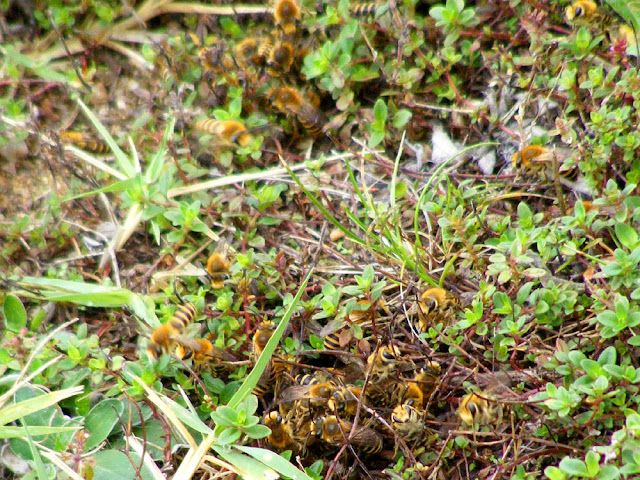 Yesterday when I went to get bread from Laurence I noticed dozens of Ivy Bees Colletes hederae (Fr. Collète du lierre) buzzing around just above ground level in the little patch of wild thyme rich nature strip beside the library. So after I'd run my errand I returned to the site with my camera. I managed to time it perfectly. 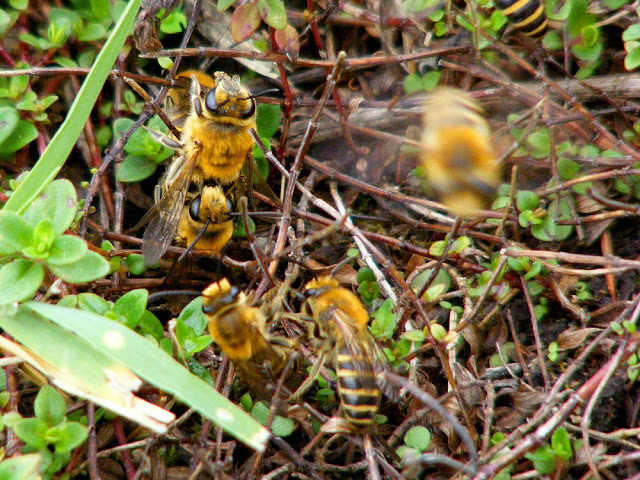 By the time I returned, a few female Ivy Bees had emerged. That's what all the males were waiting for. The smart or the lucky ones had staked out the nest holes in the ground. Some of them restlessly entered the holes briefly and came out again to sit in the entrances. Females were instantly grabbed and mated. The unlucky males don't accept their lack of success and quickly surround any mating pair in what is known as a mating ball or mating cluster. 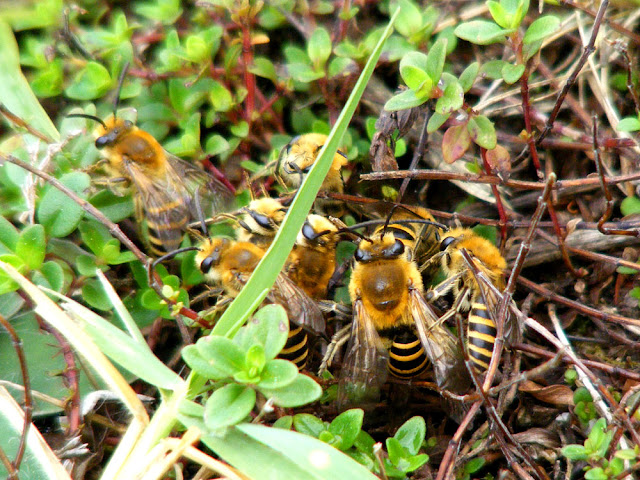 The little site by the library is dry and bursting with wild native plants, including four species of orchids. I'm sure the local municipality, who mow it from time to time, have no idea how wonderful it is. 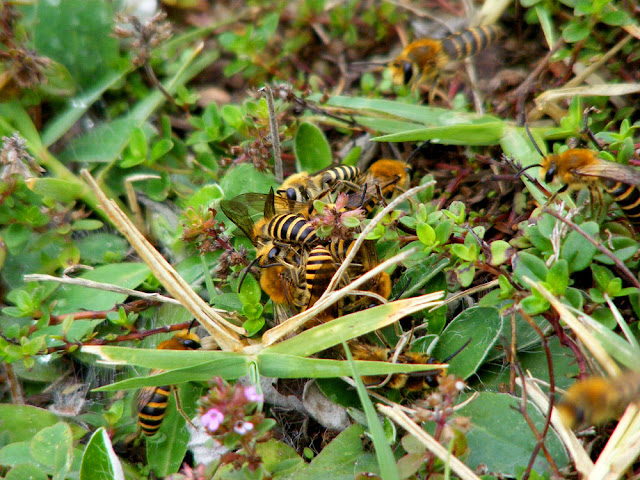 There are many, many species of Colletes bees, but the Ivy Bees are distinctive because they are quite large compared to other species, they have bright orangey yellow stripes and they only emerge very late in the season. Females are a bit larger than males and have bare black faces, whereas the males have hirsute tawny faces. 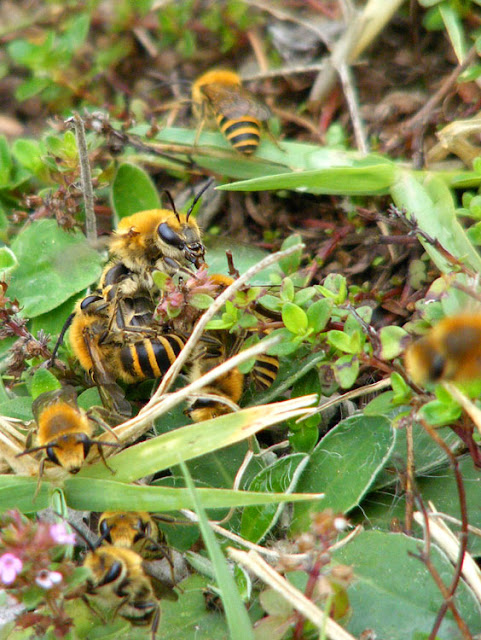 They are called Ivy Bees for good reason. Mostly when you see them they will be feeding on ivy nectar and pollen. They will feed on other plants, but only if there is no ivy in the vicinity. They are technically solitary bees, in that they do not live socially like hive bees, but they will very often nest with their individual nest holes in close proximity in large dense groups. These ones that I photographed were so preoccupied and there were so many of them I had to tread very carefully so as not to squish any or stand on nest holes.


Looks like the female is trying to make a break for it. 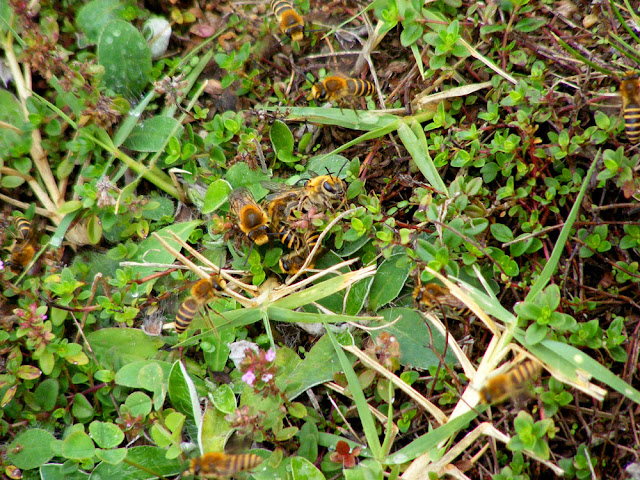 The species has been recorded as present in Indre et Loire and Loir et Cher, but curiously, not in Indre, Maine et Loire or Vienne.


The insignificant looking site, so full of biodiversity. 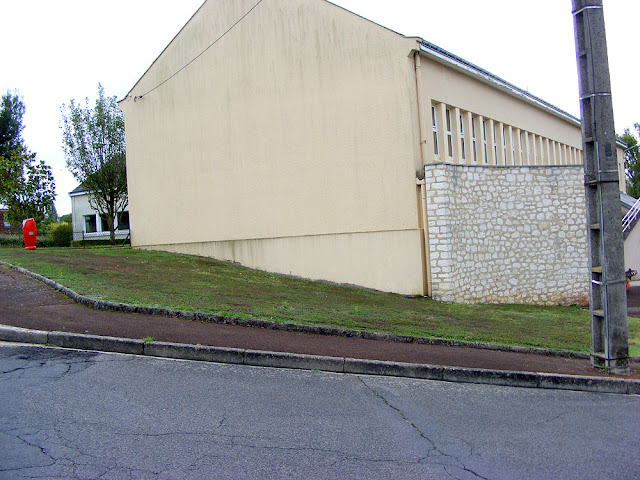 I'd never seen Ivy Bees mating before, so it made my day. I took more than 150 photos.

Email ThisBlogThis!Share to TwitterShare to FacebookShare to Pinterest
Labels: Insects, nature and wildlife, Pictures of Preuilly

Nature is an endless wonder!