This photo was taken on a disposable camera in 1992.
I know it was 1992 because of the t-shirt, and it's the only time I played in Blackall with a band. 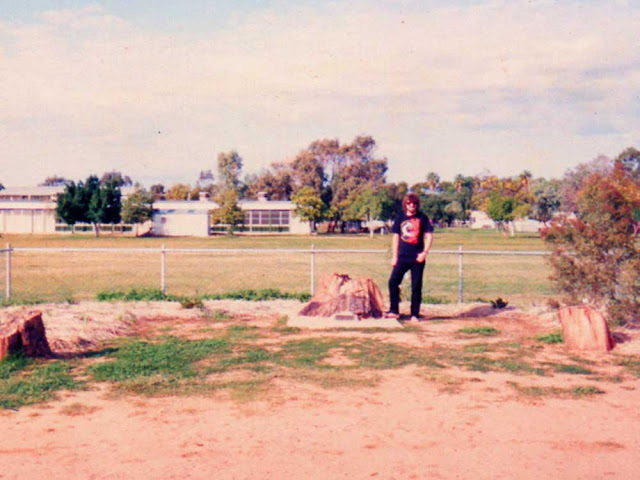 The origins of The Black Stump are disputed but the first appearance of it in print date from 1831. It appears as a bounday marker in a land dispute near what is now the centre of Sydney. The meaning now applied to it as the place where uncilivisation starts is more hazy, as is it's location.

Three places lay claim to having the black Stump, but this one is at Blackall, Queensland. It's the petrified stump of a tree, placed on the site of an Astronomical Station which was used to establish the precise location of the town in 1887.