The subject of what all the poplar wood grown in the Loire Valley was used for came up in conversation the other day so I thought I would reprise this blog post about Camembert, originally from January 2017 -- since the most iconic use of poplar wood in France is to make cheese boxes.


LePetit is a well known brand of Camembert cheese, widely available and purchased regularly by many French families. However, it is not what purists would call 'the real thing'. 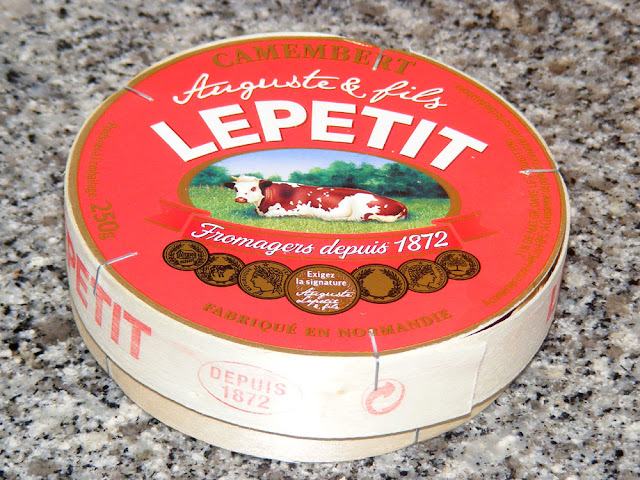 The LePetit family founded their cheesemaking business in 1872, as proudly proclaimed by the 19th century style packaging of the cheese today. But in 1978 the family company was bought out by the giant Lactalis and things changed. The cheese was still made in Normandy, but the process was increasingly industrialised. In 1996 an AOC was created for 'true' camembert, which specified that it must be made in Normandy, from raw milk sourced in Normandy from Normande breed cows. In 2007, after a kerfuffle with INAO, who establish the standards for the AOCs, Lactalis quietly dropped the 'de Normandie' part of the LePetit labels and now the boxes say 'fabriqué en Normandie'. This means they are adhering to a different AOC standard, that which was created for industrial camembert.

In fact, these days, according to Lactalis, the milk in a LePetit camembert does still come from cows in Normandy (although not, I suspect, necessarily from Normande cows). It is not necessarily pasturised (read the packaging carefully, because it often is) but it is micro-filtered. The industrially processed milk they use ensures a standardised product. If you buy a LePetit camembert, you know what you are getting, and to be fair, it's a quite tasty cheese.

Camembert (in the middle) as part of a cheese course. 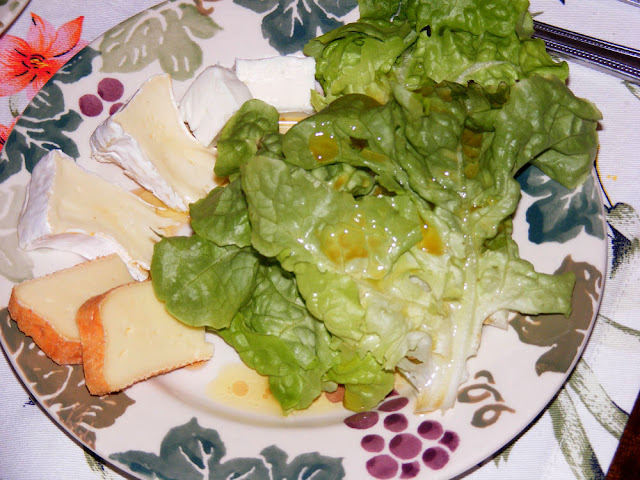 In fact, it seems that camembert has been an industrial product almost from its origin, and arrived on the scene just in time for the railways to be able to ship it around the country. To facilitate this, the poplar wood box that the more prestigious brands such as LePetit still come in was invented, and camembert gained a massive nationwide share of the market in France, which it continues to hold.

Lactalis, although still a family owned French company, is the largest dairy foods producer in the world, and owns many well known brands, including the ubiquitous and heavily advertised Président brand camembert.

The other really well known and globally widely available camembert brand is Le Rustique, created in 1975 and by 1977 the number one seller. The brand is owned by the French Compagnie des Fromages et RicheMonts (CF&R). They also own the brand Coeur de Lion.

In our supermarket in Texas, we get the President brand. None of the gooey-ness of the cheese on your salad plate is present at all. And it's flavorless, sigh.
I recall enjoying it France and wiping it off the plate with a piece of bread because it was so runny.

As far as I am concerned, Le Rustique is my favorite Camembert brand. I'm lucky to find it here, in Arlington, Va, from time to time. I wish it were a regular item at my grocery store. For the purists, it might not be as fine as an AOC, but it is always good. You can't get wrong. For some reason, I stay away from the President's products (not because of the disaster we've got now in the WH!) and, in France, buy my butter from the Deux-Sèvres département, the AOC Échiré brand. The sweet one is always very good and tasty. We used to buy the butter from Mazières-en-Gâtine, but I haven't seen any in the stores in France.
Mazières-en-Gâtine