I hadn't seen this chapel until we were on the Bouchonne Ste Maure in September. Even then I didn't notice it until we later walked down the street: it's really tucked away, and at an angle which means it's really only visible of you're looking for it.

The Holy-Maurienne priory was founded in 1060 by Hugues de Sainte-Maure, who later donated the priory and land to the abbot of Saint-Mesmin abbey, in Orleans. The chapel was partially demolished in 1542 so that the town walls of Sainte Maure could be built, and became a parish church. The chapel was sold off during the revolution. 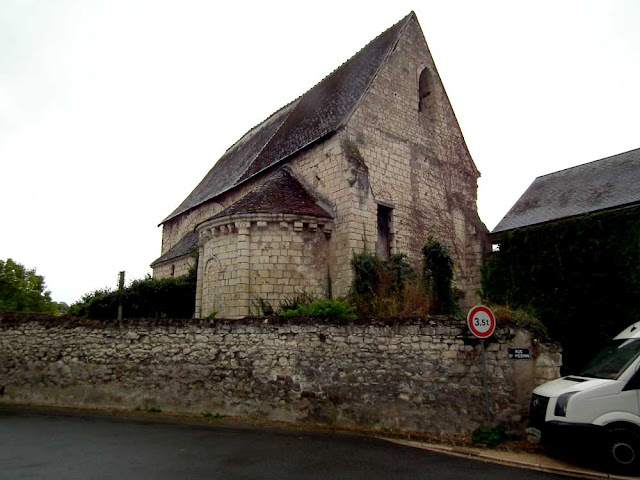 As far as I can work out the chapel is now derelict and unused - a pity, because what it left is quite attractive.
Posted by Simon at 09:00