... but this advert leaves me somewhat baffled. 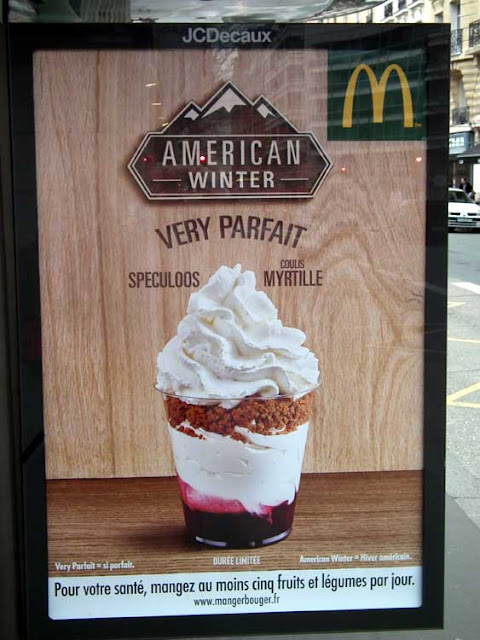 If the idea is to be all trendy and anglo, why not use real english? And why the strange franglais mix and baffling translations? At least it gave us a laugh when we were in Paris for Retromobile a couple of years ago.

Because of this strange melange of almost english and french the french government has declared it will take action and toughen the laws which govern advertising. Currently the laws say that advertising must be in French, but it is a law only observed in the breaking. This isn't one of those "french language purity" things, it's making sure that cosumers understand the adverts.
Posted by Simon at 09:00

What can you expect from MacDo?

Don’t get me started on that gobbledygook…

P.S. Thanks for the link.

Same on a KitKat bar...
Take a break, have a KitKat*
then, elsewhere in tiny print...
*Un break, un KitKat

A law like that will take a lot of fun out of the pub segments that are our favorite part of French TV.

I don't know whether to be sad or flattered that English is seen as trendy in France.