In the Loire Valley, and probably in other parts of France, there is a tradition of 'nocturnes'. These are community street theatre performances held after dark in the summer. Our local one is performed twice, once in July and once in August, and is attended by three or four hundred people a performance. We went to the August one.


It tells the story of Preuilly by visiting significant sites and presenting various characters who talk about themselves, the site and their period of history. All the characters are played by local people and the action moves from site to site, with the audience following along.


The performance began in the Abbey, with very atmospheric music. 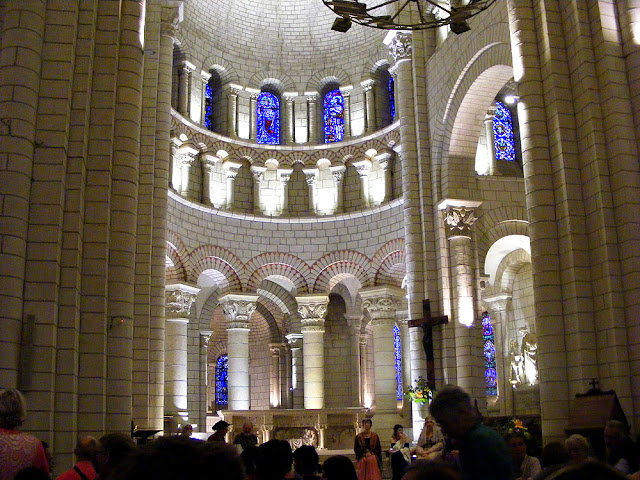 More music on the steps of the monks' dormitory. 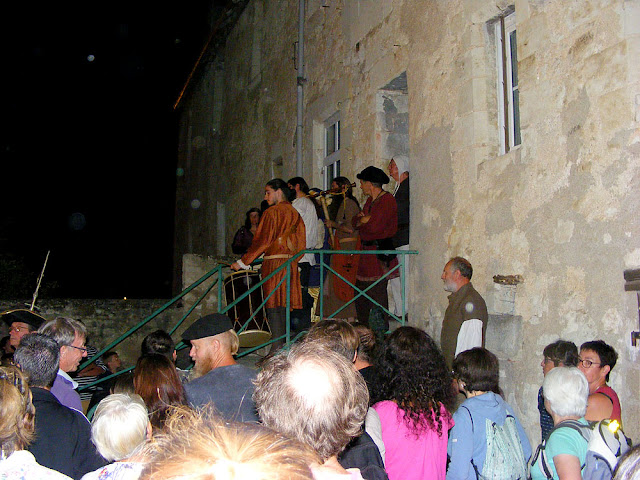 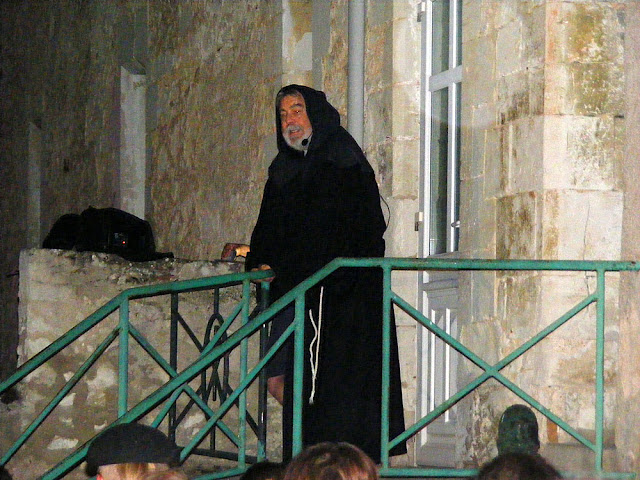 The musicians perform once again, by the watermill (moulin banal). The mill was owned by the Abbey and everyone was obliged to use it (and pay the Abbey for the privilege). 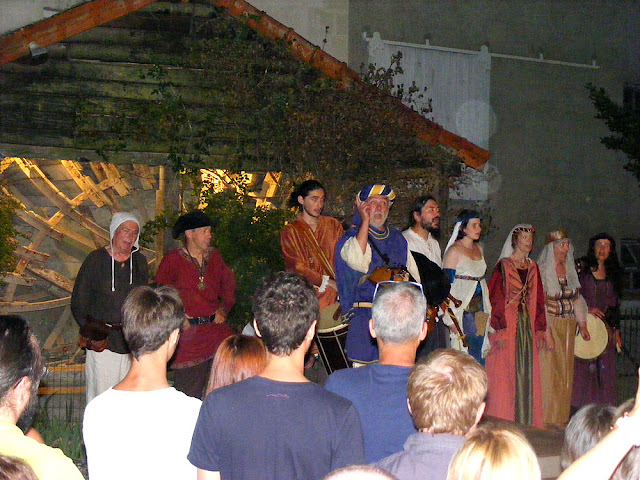 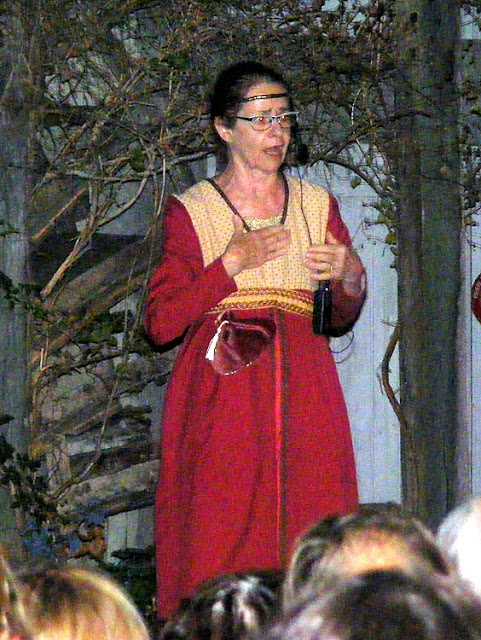 The crowd at the bottom rue des pavillons. 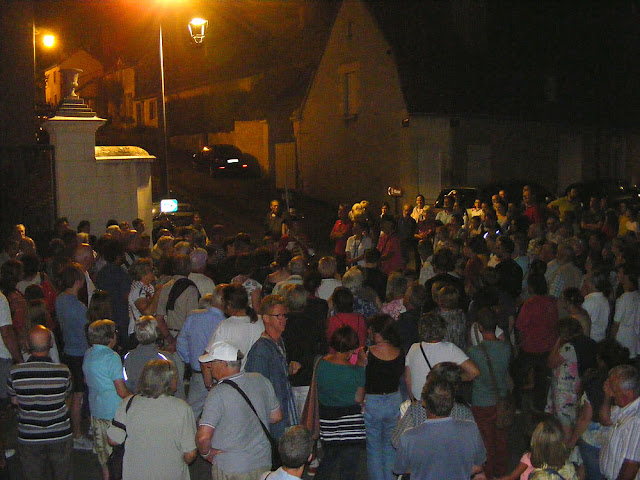 Ginette G as the innkeeper Mother Fern.
Her performance was hilarious, and she basically played herself. 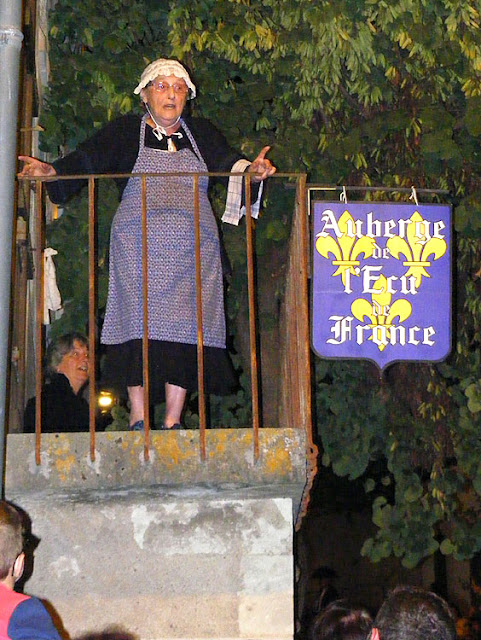 This house has been home to a nationally famous comedian and a famous artist.  Skits by Jacques Grello were projected and Jean Dufy's former housekeeper lip synced to a video made earlier.

Roger P playing the Black Prince, delivering his lines in both French and English. Roger was cast after I sent a call out to local native English speakers. Here is his account of performing. 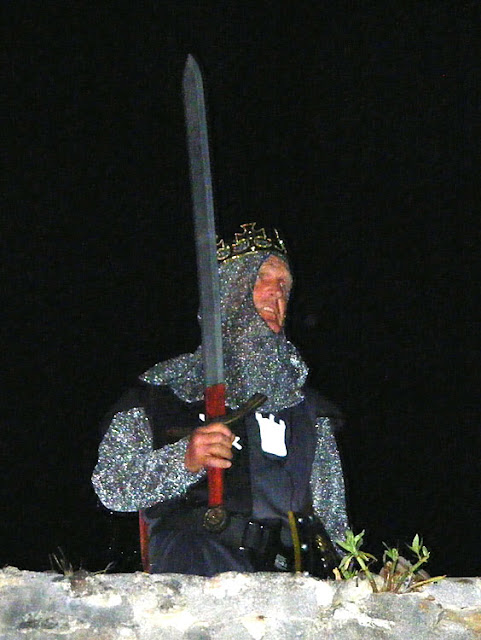 Guy B as du Guesclin, Constable of France. 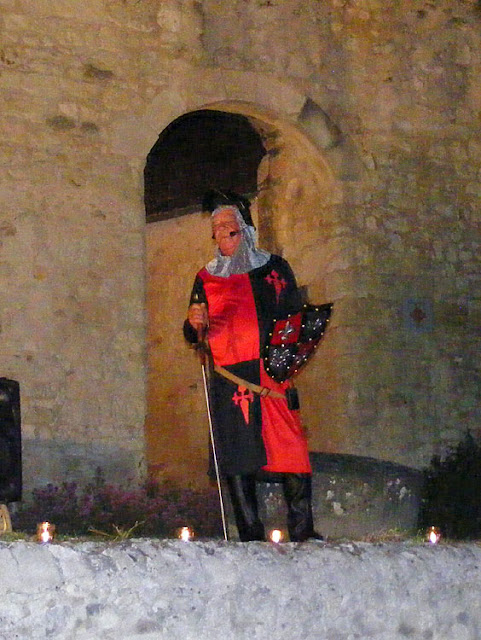 The cast take a bow.

The Nocturne is organised by the local history club, known as the SAP, and raises money for activities such as the restoration of the Chapelle de tous les saints. Here is a link to Fabrice's SAP blog post on the August Nocturne.

How fun! I've never heard of this - must investigate further....

It's interesting how traditions vary from region to region.