When we were in Davos in last July we went for a litle drive in the mountains and discovered that we were on somewhere famous. The Flüelapass was once claimed to be one of the best driver's roads by the British motoring show Top Gear. 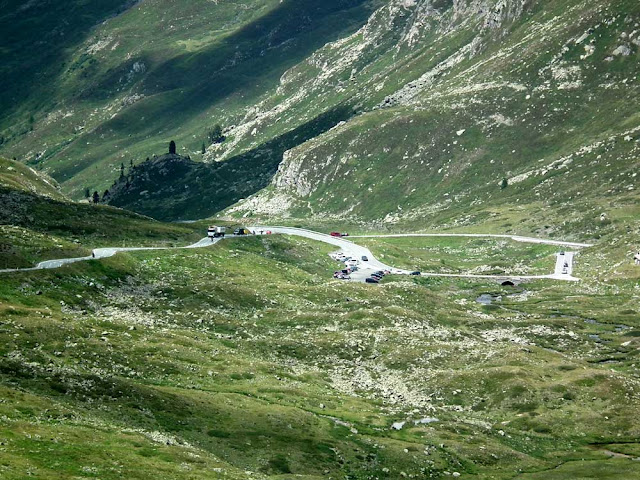 Fluela Pass is a high mountain pass at an elevation of 2.383 m (7,818ft) above the sea level, located in the Swiss Alps in the canton of Graubünden. The pass road connects the cities of Davos and Susch in the lower Engadin valley. Since the Vereina Tunnel opened in 1999, the road is no longer open all year.

It was half way up the pass we stopped for lunch, accompanied by a choir of Marmots.

Email ThisBlogThis!Share to TwitterShare to FacebookShare to Pinterest
Labels: Switzerland, The Car and Driving