Beef mince in France is made from good quality meat and run through the grinder once on a fairly coarse setting. It is frequently made to order, when the customer asks for it. No preservatives are allowed to be added and the law does not permit it to sit on the supermaket refrigerator shelf longer than three days unless packaged with gas to store it in an oxygen free environment, whereupon it is granted a couple more day's shelf presence.


A steak haché pattie, produced to order by my local butcher. 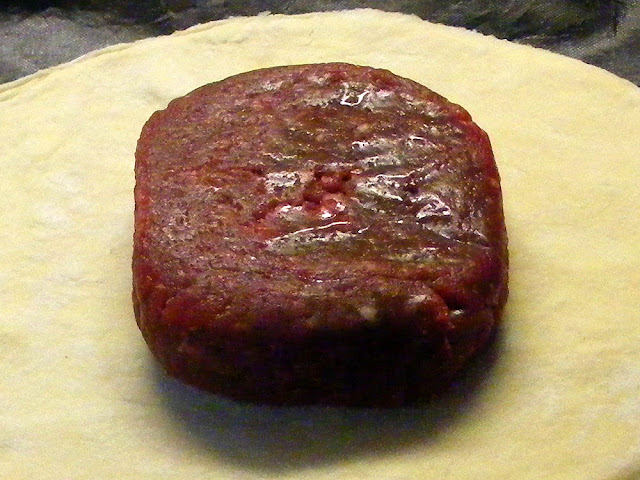 The French preference for eating beef mince raw or virtually raw means that Europe wide the rules about how beef mince is sold are very strict. The ubiquitous steak haché is considered best if served seared on the outside but still fridge cold in the middle. Steak tartare is very popular in workers restaurants. The British and Irish complain the regulations are too stringent and restricting, because in their cultures mince is always well cooked so there is less risk of consumers being made ill by bacterial contamination. They argue that the strict rules about what goes into beef mince (no sulphur dioxide preservatives, no connective tissue, limited fat) make what should be a staple unnecessarily expensive. 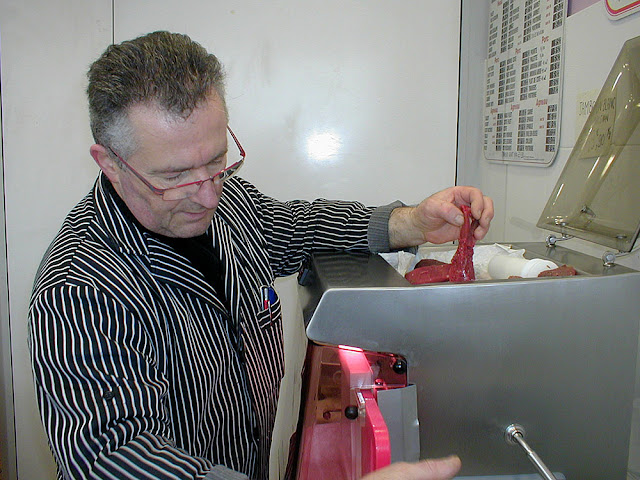 Despite the traditional attachment to fresh raw beef mince, consumer habits are changing, even in France. Beef sales in France are split 70% to household consumers, with the remaining 30% sold to the catering trade. Forty years ago mince only made up one percent of total beef sales, now it is 30%. These days households purchase 80% of their mince from the supermarket, with the remaining 20% being purchased from independent butchers and specialist retailers. Consumers are also increasingly choosing processed products that require less skill and time to cook and are cheaper. Mince that has been processed further than just pure meat once through the mincer is classed as a 'preparation' and may be finer (more mushy in texture), containing connective tissue, more fat, sulphur dioxide to preserve colour and prevent bacterial growth, spices and herbs. All of this must be clearly indicated on labelling.


However, the most popular product remains the standard and ubiquitous 15% fat steak haché pur boeuf which retails for around €10/kg. Many customers still prefer to buy from an independent butcher because of concerns around provinence (after BSE and horse meat scandals). 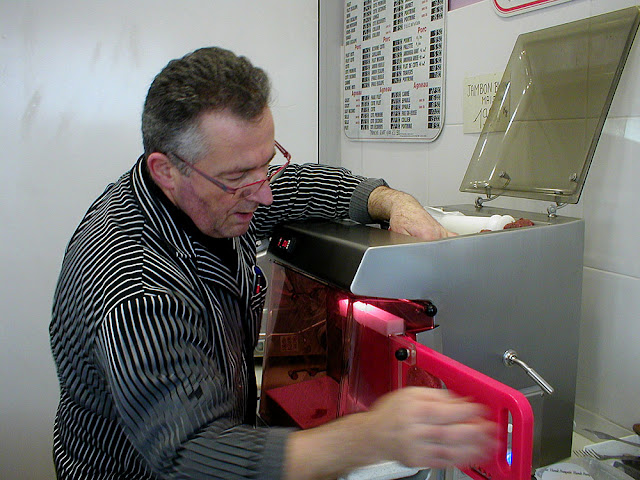 The rules in Australia regarding the sale of beef mince are very similar, but it is less common to have mince prepared on the spot as customers demand it.

The best solution is to buy the beef cut you want and grind it yourself. That way, you see the meat beforehand and you know it is fresh and freshly ground.

Not everyone has the luxury of a meat grinder...

I have a mincer but I admit to not using as often as I should!! Interesting post. Have a good week, Diane

I've got the fitting for a mincer on my stand mixer, but never bought the attachment.

I don't think of it as a luxury. We bought the meat grinder attachment for our stand mixer 20 or 25 years ago, because all too often in the U.S. people have gotten food poisoning, sometimes fatal, because of salmonella in pre-ground meat sold in supermarkets and fast-food restaurants. Here in France it comes in handy for grinding meats like turkey or lamb that are hard to find as ground meat in supermarkets or even in butcher shops.

We bought one from Aldi or Lidl in France when they were on offer at 20 euro. Use it now and then. (We agree with Ken buy the steak and mince it, saying that we never do in England!!!!)

We always ground our own in California because we don't necessarily want the meat well-done. Anyway, why eat cow dung when you don't have to. That's where the food-poisoning comes from, they say.

When in Scotland when young you would chose your cut and have the butcher mince it for you. I do the same in Costa Rica, but I but use our own mincer for our own lamb, likewise for pork if making sausages as my butcher minces it too fine. Friends here shudder at the mere idea of steak tartare, and though beef here is so good that it is ideal for the dish.

Like the French, we like our beef rare - whether it's mince or steak. We refuse to grill steaks (or magret) for our British friends as they all insist on it being cooked beyond recognition lol

I would like to get my hands on lamb mince every now and then, but a mincer attachment is another awkardly shaped appliance to fill up the cupboard, and an expense I've never quite been able to justify.

I can't think of anyone we know who eats truly well done beef. Lots like medium rare though, rather than rare (even one of our French friends, who's a retired chef!)