The Romans in Switzerland

On our way back from Davos last year we spent the night in Martigny, close to the French border at Chamonix. One of the sights we took time to visit (even though we had a long drive ahead of us) was the Roman Amphitheatre, which we only found out about when we were driving (lost) looking for our hotel the previous night. 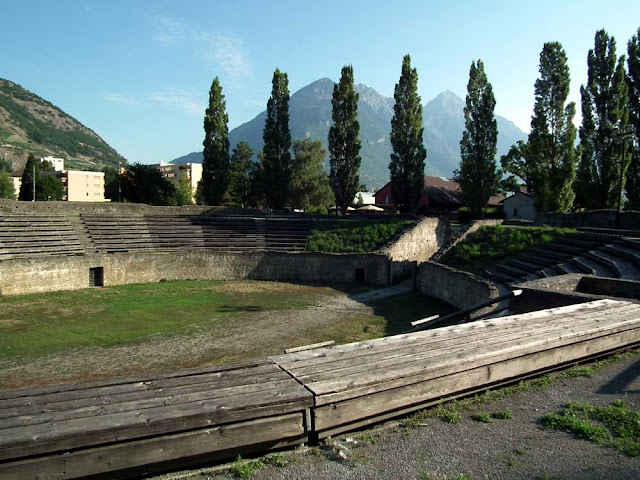 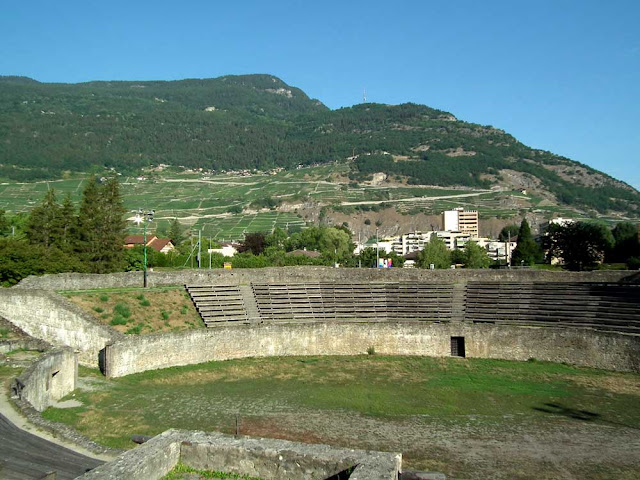 According to French Wikipedia:


"It was built in the early second century , which is a sign of economic prosperity for the Roman city. Construction was most likely under the reign of Roman Emperor Trajan .
It is a small amphitheater , 75.5 meters long axis for 63.7 meters of small axis , which had no internal corridors or stairs. The cavea consisted only of the slope created when the arena was dug. In the south-east, the pulvinar , lodge of the magistrates , was accessible by a vaulted corridor.

This is one of the many ancient monuments that are still visible in the small Valais town. Archaeological research began in the late nineteenth century . In fact, they did not really start until 1978 , when it was acquired by the Swiss Confederation . " 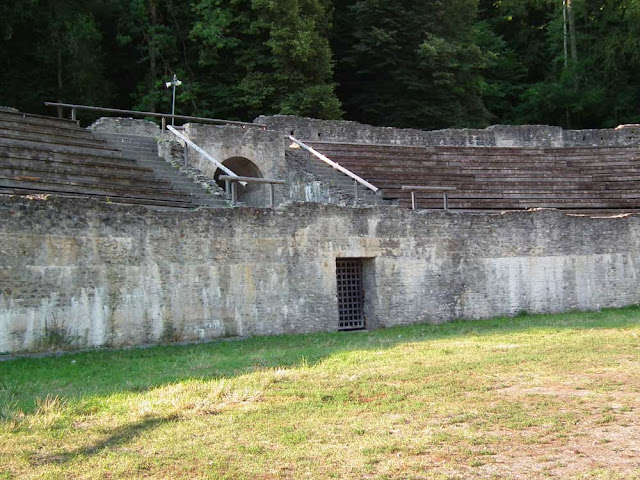 The amphitheatre held about 5000 people, and is used these days for theatrical productions and cow fights (!)
Posted by Simon at 09:00

Blog about "cow fights" please... Been involved with cows since childhood and never heard of cow fights!!!!

I am as much in the dark as everyone else