Archaéolab was installed at the site of a dig on the outskirts of the village of Abilly, at the end of the research dig which went from 1981 to 1991. It is a teaching facility, ideally to be visited after a visit to the Museum of Prehistory in le Grand Pressigny, so you can experience a real archaeology site. It offers the general public a way of better understanding how an archaeological dig works, what one might find, how to talk about the artefacts that come from the site and finally, how one can reconstruct the lives of the prehistoric men and women who lived here.

It is the first Neolithic site discovered in the area, dating from between 3000 and 2400 BC. People lived and worked here -- cooked food has been found, as well as the livres de beurre core stone tools that the area is famous for. People were not just living here, but making flint tools here. The Archaéolab site is just one of several scattered sites across this slope -- not really constituting a village, because the habitations are too far from one another, but presumably some sort of community (possibly seasonal). The site also includes a Paleolithic phase and a Medieval one. 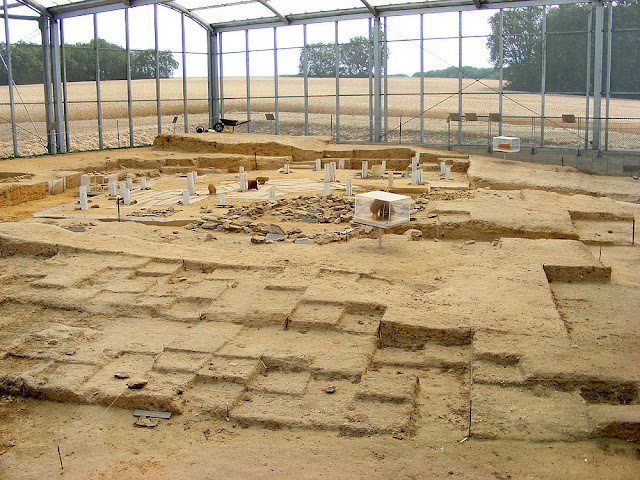 The site aims to show people how archaeological research is done, from the moment you ascertain that you have good stratification to allow a dig, to the moment when you reconstruct, as far as possible, the sequence of events which have unfolded on the site. 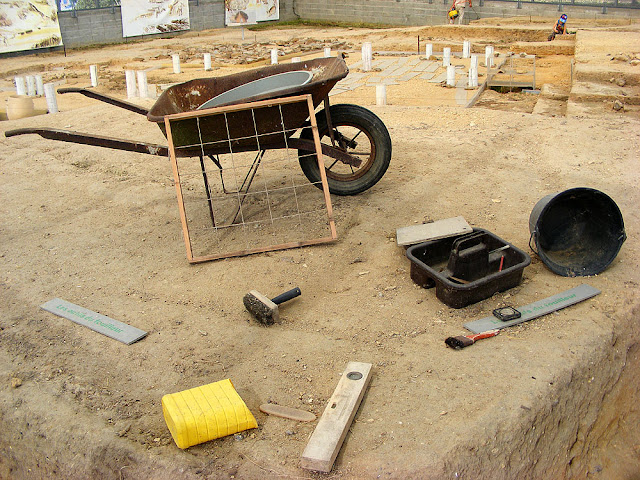 The tools of the trade.

Sadly, none of this can happen this year, as Patrimoine Vivant en Claise Tourangelle ('Living Heritage on the Claise River in the Touraine'), the not for profit association which manages the site, has been unable to access funding to run the usual archaeology summer school. This year it will only be open for visits from the general public on the Journées de Patrimoine in September. Nevertheless, the site needs to be maintained, and last week my friend François, who is the President of the PVCT, asked if I wanted to visit while they had a working bee. Vegetation needs to be controlled where it has climbed up the wire mesh of the protective cage or grown in spots where rain blows in. 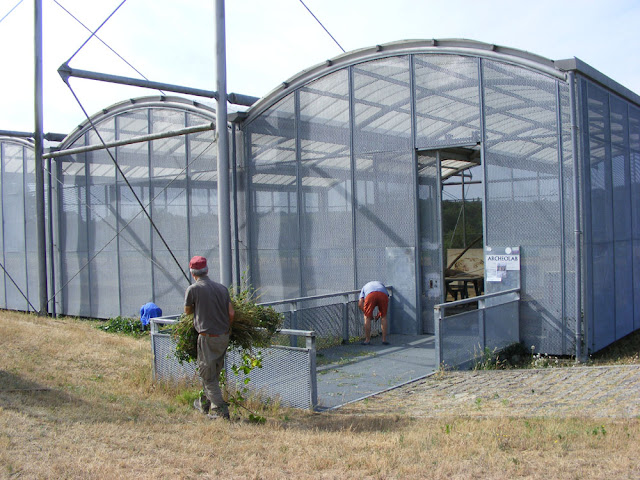 Thousands of years ago, the fashioning of long flint blades in a number of centres established a common European culture, covering an area about 2500 kilometres across, and lasting 2000 years, from the Ukraine to Spain. The long blades were used as knives, daggers and sickles, but also as ritual objects. Although copper tools existed simultaneously, flint was more suitable in many situations, and was traded over vast distances, both as cores and as finished tools. They were both items of exchange, but also of prestige. It was only after bronze technology developed that flint production slowed and finally disappeared. 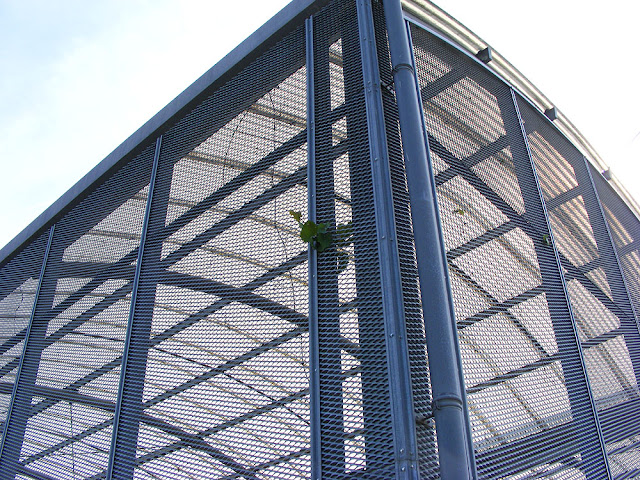 The remains of a grape vine that has been removed from the protective cage.

For a period of several hundred years flint from Le Grand Pressigny, fashioned into semi-finished tools, furnished the market with the materials people needed. Similarly, Bodaki in the Ukraine supplied south-eastern Europe, and there are other centres in Andalusia and Bulgaria. The people using these tools were no longer hunter-gatherers, but farmers, with domesticated stock and crops. They made textiles and ceramics, and permanent settlements from wood, cob and stone. And they erected the first funerary edifices in the form of mounds and megaliths. 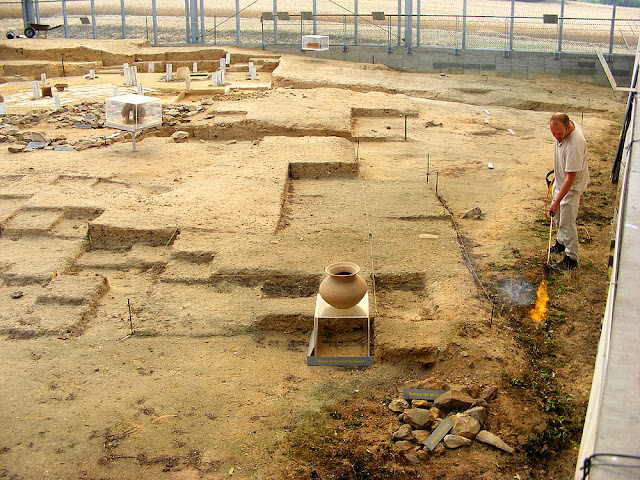 François burning weeds inside the protective cage, as advised by the regional archaeology service (it's tricky because you can't use a technique that will disturb the archaeology).


Blades would be traded over networks of 500 kilometres. Flint knappers must have travelled widely, plying their trade. Other, differently resourced areas, operated as centres of ceramics manufacturing and distributing, weaving, salt production or antler tool making.

Susan, you missed out the most important bit... the ongoing, living archeology project on the hill top above St.Remy-sur-Creuse...
the reconstruction of the house here in what research indicates as the construction techniques.
When we had a guided visit with the AMGP, they had already realised that one well-established theoretical technique wasn't practical....

Err... that would be because I don't know anything about it...Are you sure that's PVCT?

Well, it certainly was... they have one or two other things up there, used for school trips.
It is all in a properly fenced off area above and behind the Ethnicite-trogos.... we visited a long time back, when Pauline was still able to walk long distances...
we had to access it by foot, turning right as you get to the path along in front of the inhabited trogs... and it was quite a trek further on from there, up a path that got more and more difficult...
then, when we got there... lo and behold... the people opening the site up had arrived by car!!
If you haven't heard of it, I wonder if the money for that project also dried up?

If you look to the left from the carpark, you will see a road ending in a little curl... it was there... but seemed more open when we visited... the path from the Trogs is a turn to the right at the second "La Caves" and goes towards the church... there are handrails at the steepest bits... but even then they seemed old and unsafe.

I can't really work out where you mean, but I'm familiar with that area and have walked the paths around there several times. I've never knowingly come across the site you are talking about.