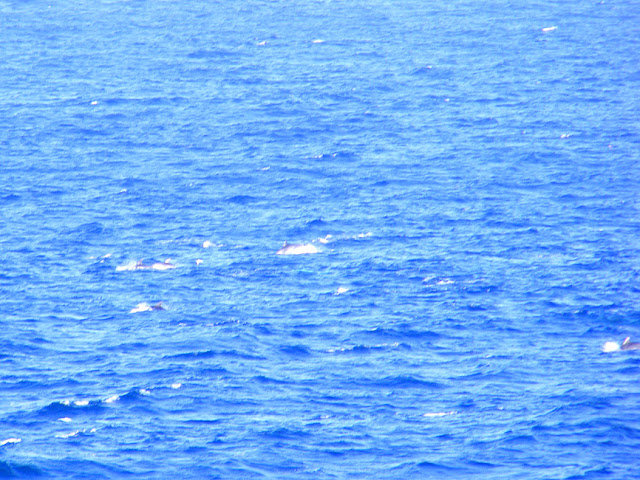 A pod of dolphins cruises past my position on a New South Wales headland. Trust me, there are at least ten dolphins in this photo. These are Common Bottle-nosed Dolphin Tursiops truncatus and there were about 30 individuals in the pod, heading north. A few days later I spotted a Humpback Whale heading south.

Common Bottle-nosed Dolphins are the most well-known dolphin species and the largest of the beaked dolphins. You can see them in warm and temperate oceans all over the world, as well as, unfortunately, in captivity.